Woods, who was plagued by back injuries for years, had a spinal fusion surgery performed by the Texas Back Institute that made his comeback possible. 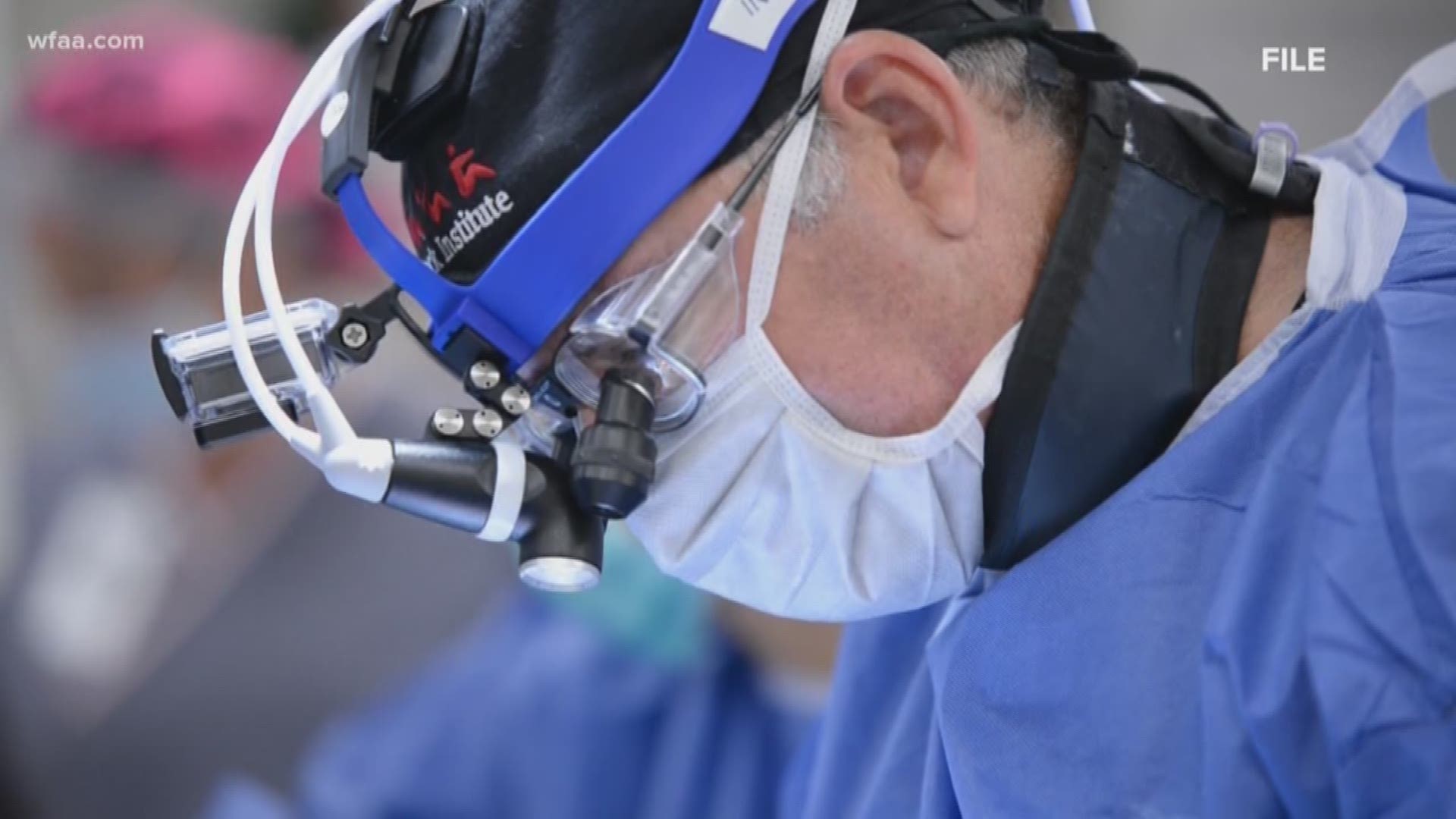 PLANO, Texas — After professional golf's biggest Sunday of the year, redemption is spelled only one way this week: T-I-G-E-R.

That's right, whether you're a golf fan or not, you probably strolled into work on Monday and heard at least one conversation about one of the greatest golfers to play the game.

RELATED: Tiger Woods' road to the Masters Tournament went through a North Texas back treatment center

On a dreary day in Augusta, Ga., Tiger Woods won The Masters Tournament for the first time since 2005. That brings his total wins in Augusta to five.

It was a bittersweet comeback.

Woods has 81 PGA Tour wins and 41 European Tour wins, but since 2009 he's been overwhelmed by both personal and health issues.

In 2014 he pulled out of a tournament due to back pain. Woods would go on to have three back surgeries.

Over the years, he’s played in tournaments, but his game wasn’t the same.

One question loomed over Tiger: Is his dominance coming to an end?

But in April of 2017, Woods had one more surgery. This time, he turned to surgeons at the Texas Back Institute in Plano.

After the surgery, his public relations team released an in-depth statement about the surgery. It was possibly the most information released about his back issues than had previously been divulged.

“Due to previous herniations and three surgeries, Woods’ bottom lower-back disc severely narrowed, causing sciatica and severe back and leg pain. Conservative therapy, which included rehabilitation, medications, limiting activities and injections, failed as a permanent solution, and Woods opted to have surgery. The procedure was a minimally invasive Anterior Lumbar Interbody Fusion (MIS ALIF) at L5/S1. The surgery entailed removing the damaged disc and re-elevating the collapsed disc space to normal levels. This allows the one vertebrae to heal to the other. The goal is to relieve the pressure on the nerve and to give the nerve the best chance of healing.”

Guyer, Dr. Jack Ziglar and Dr. Scott Blumenthal were the first physicians in the country to start doing artificial disc replacements in the U.S. in the early 2000s.

They are considered the leading physicians in the U.S. when it comes to disc replacements. Blumenthal himself has logged 250,000 miles going to lectures and conferences in 2018 alone.

After Woods gave the Texas Back institute kudos last year, he went on to win his first tournament since 2013 in September.

Blumenthal told WFAA in November of last year that calls of interest started to grow.

“It certainly has brought interest [referring to the Woods operation statement] to the Center For Disc Replacement, and we get stopped on the street as well,” Blumenthal said.

Now that Woods has won the Masters, one can imagine those calls will increase.

However, Guyer and Blumenthal declined to be interviewed the day after Woods' win.

Yet, Dr. John Peloza, a friend and colleague of Guyer's, said that spinal surgeons won on Sunday too.

"It's pretty exciting because it validates that spine surgery does work in the most extreme situations, like professional golf," Dr. Peloza said.

Woods’ surgery is unique because it was an anterior one, meaning doctors went through his abdomen to reach his spine, so they could fuse one vertebra to the other after removing a degenerative disc.

The idea is to reduce motion so that there would be less pain on his nerve.

Blumenthal said in November that people with lower back pain don’t realize that anterior surgery is an option.

“It’s a less painful surgery compared to the back, recovery is quicker and patients just do better,” Blumenthal said.

Peloza agrees. He, along with a number of other specialists in North Texas, have helped advance and better those surgeries over the years.

He said that North Texas is leading the way in that regard.

"A lot of these things were developed here and expanded on here," Peloza said. "This is a win for the medical community here."

Peloza, however, doesn't want to sell one type of surgery as a cure-all. He said that every patient is different and that each surgery requires strict rehab.

"There's no one size fits all, each individual patient needs to be assessed for what they need."

But when a redemption story looks this good, it's hard to ignore the pillars it stands on.