This Thanksgiving mix-up is turning into a tradition

Their text message exchange went viral almost instantly and the rest is history. 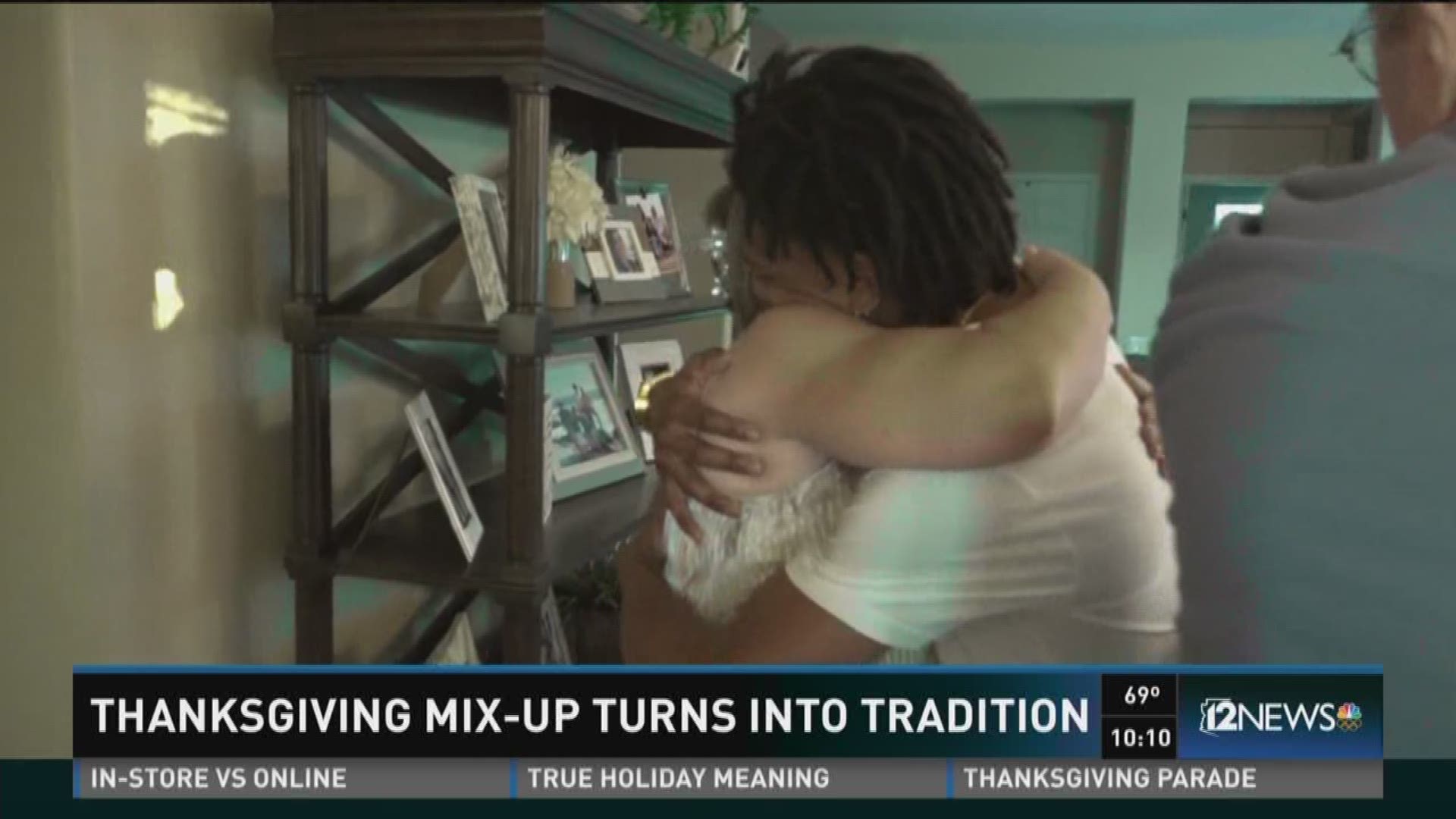 MESA, Ariz. - You can't turn Grandma down for Thanksgiving dinner, even if it's not your grandma.

Wanda Dench and Jamal Hinton became internet sensations last Thanksgiving when she accidentally invited him -- a total stranger -- to Thanksgiving. Wanda thought she was texting her grandson, but instead texted Jamal, and he actually came. 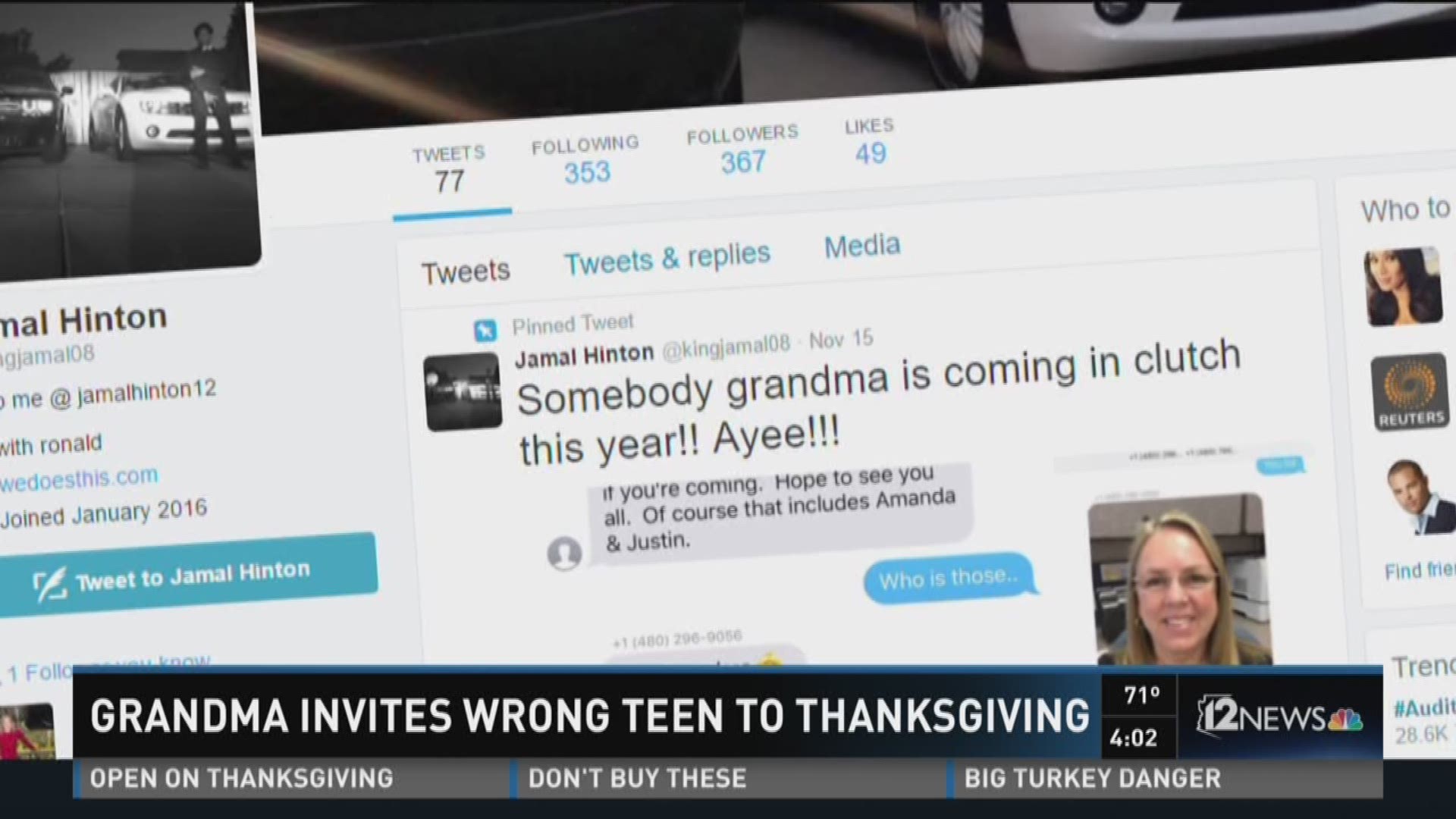 "She was so nice and welcoming last year, I said I would be there," Jamal said, after eating Thanksgiving at her Mesa home for a second year in a row. "She's a great friend."

"He always has an open invite to our house for Thanksgiving," Wanda said, when asked if this might become a tradition. 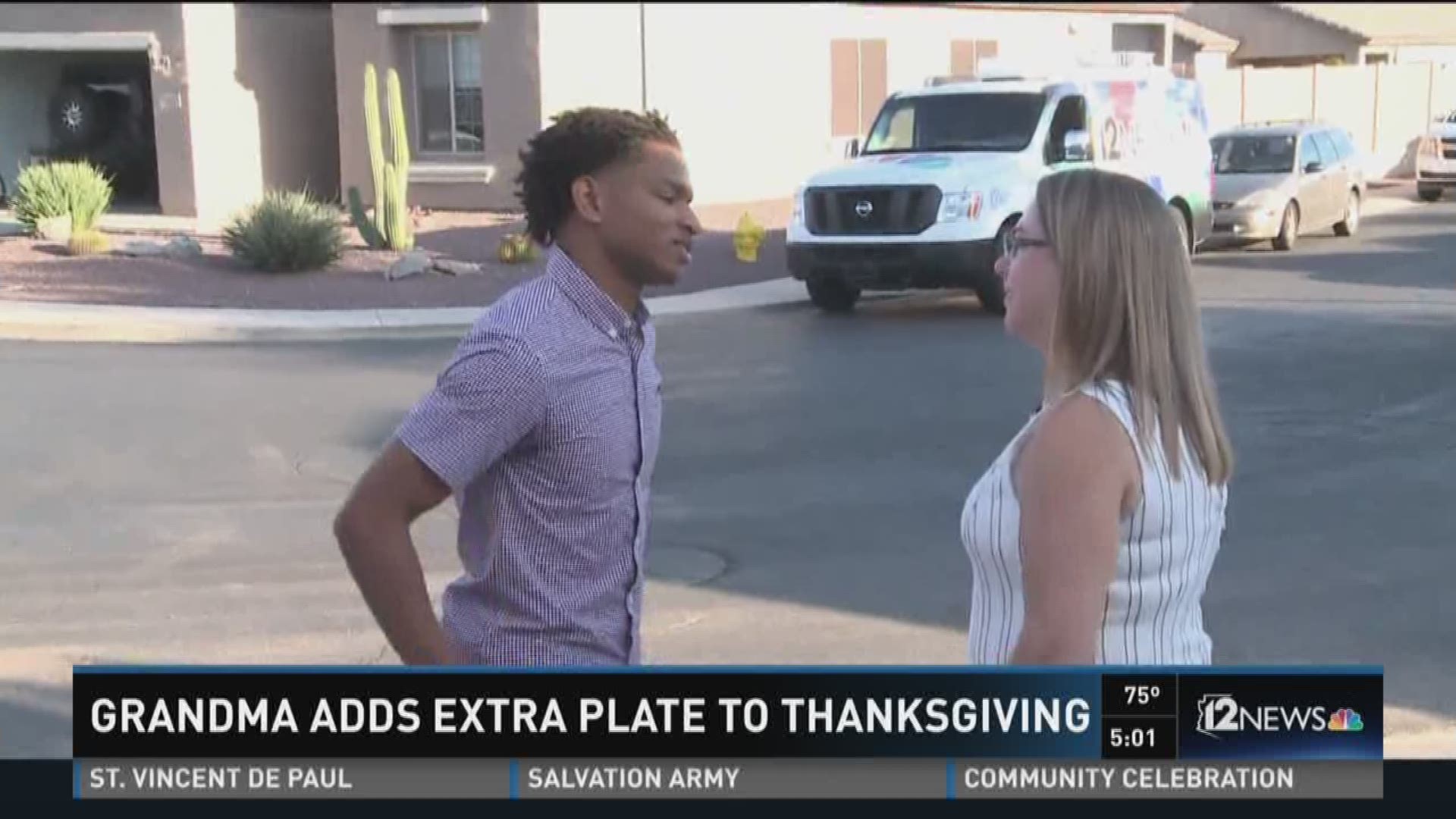 This new tradition is even more remarkable because Jamal has a grandmother of his own who also invited him to dinner.

"I'll just shoot over there, apologize for being late and try to stuff another plate in," Jamal said.

It's all part of a brand new Thanksgiving tradition which was only born from a holiday mistake, if that's even what you want to call it.

"I do believe there are no accidents in life," Wanda said.