'This has really helped me embrace my dyslexia': How a science project helped make a Dallas teen more confident

An eighth-grade science project unexpectedly unleashed a world of possibility for a Dallas teen. 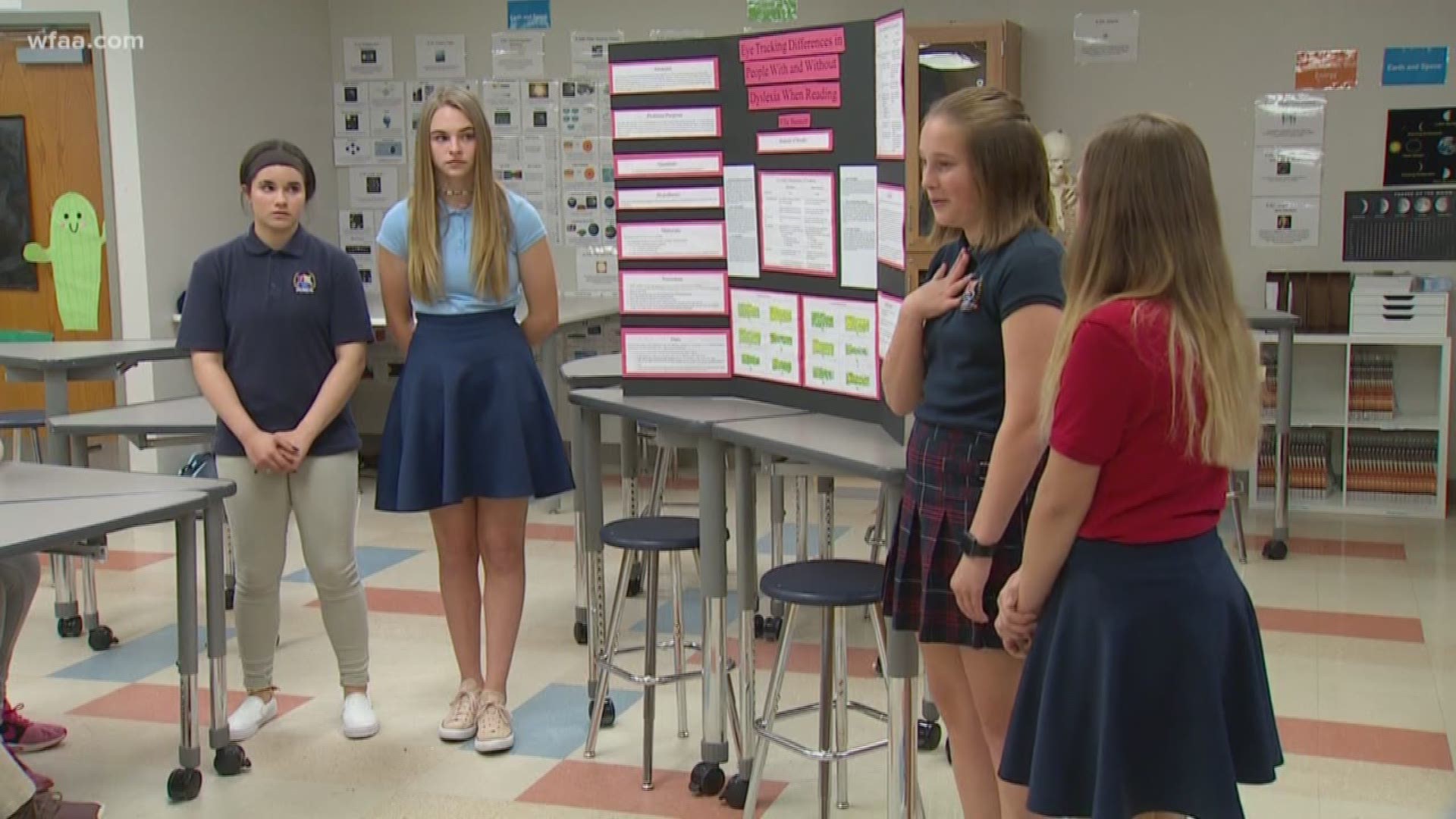 CARROLLTON, Texas — Ella Bennett swallowed her nerves and confidently explained her science project as the not-so-easily-impressed eyes of a couple dozen fourth graders looked on.

“So my project is called ‘Eye tracking differences in people with and without dyslexia when reading,'" she said.

“I have dyslexia myself,” she told the students, who are just a few years younger than she is. “But it is a part of my character and it’s always gonna be there.”

“I was diagnosed with dyslexia in fourth grade and from fourth through about sixth grade, I didn’t want to talk about dyslexia,” she said. "I didn’t want my family members to know I had dyslexia. It was always a part of me that I wish was just gone.”

Ella says she hated reading until recently when one of her teachers at Trivium Academy in Carrollton gave her a book that she actually started to enjoy. Almost simultaneously, it was time to start planning a science project.

Ella’s father works in Dallas for Texas A&M University. He heard about technology on the College Station campus that tracks eye movement, often used to test reactions to commercials and ads. When he told Ella about it, she wondered if it could be used to compare how her eyes look when she’s reading to the eye movement of someone without dyslexia.

Ella received permission to use the technology and took three friends on a road trip south.

“You guys are the youngest scientists we’ve worked with,” joked Jeff Pool, program manager at the Human Behavior Laboratory at Texas A&M.

Each of the girls read while on camera, and Ella detected a difference.

Ella’s research is not revolutionary – scientists have done similar work – but her project is important because of the curiosity and confidence it inspired.

“I think science is, to me, as important as reading and math,” said Beth Frank, science teacher at Trivium Academy. “It’s fundamental, the curiosity of our world, the understanding of our world.”

Ella said Trivium taught her to always ask why. This science project has taught her to shed a label, embrace who she is and be empowered by it.

“It’s really showed me what I am capable of,” she said.