The Blues crashed their wedding, but they're not mad about it!

It's perhaps the first time a bride and groom have been thankful on their wedding day to have the Blues. 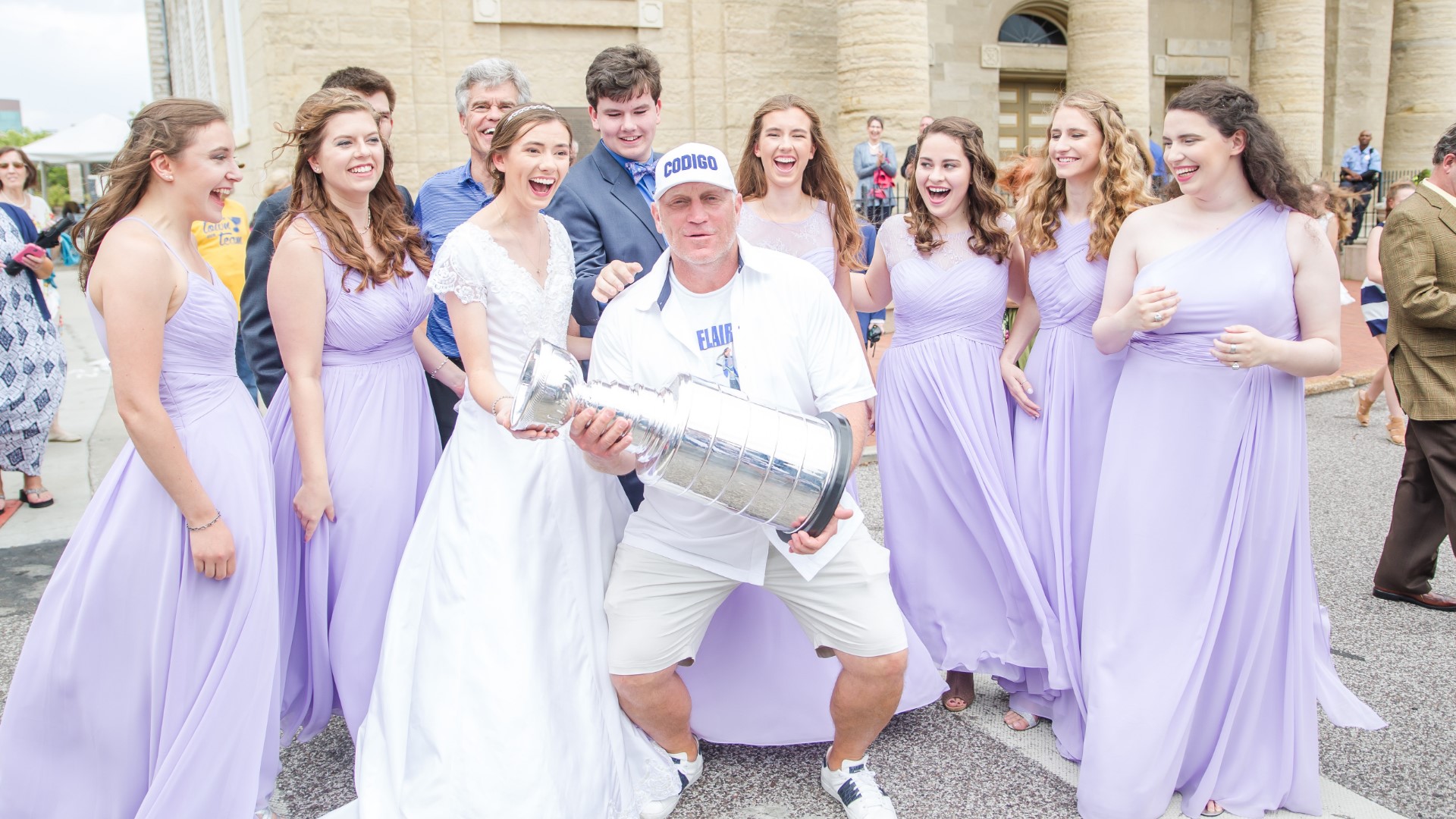 When Lucas and Meg Comeau got engaged, they knew where they wanted to say "I do."

"It was just one of those places that was closer to our hearts and we decided to go with the Old Cathedral," Lucas said.

Between the church's history and locale, booking the Old Cathedral of St. Louis was no simple task.

"I think exactly one year ago is when we got it," Meg said.

As the big day approached, Meg found her something old new and borrowed. But like the rest of us, she never expected the Blues.

SUBSCRIBE: Relive the Blues' historic Stanley Cup win in our Sports Plus Podcast

Here's the problem, the St. Louis Blues' Victory Parade directly cut off the road to the alter.

"Okay, this is happening, but we’re going to deal with it," Lucas said.

Then the Blues marched in with a solution.

"They provided a parking lot several blocks away and a shuttle system to bring everyone in, which was very nice of them," Meg said.

Just moments after they got off the shuttle, they were greeted by wedding crashers. More specifically, Blues owner Tom Stillman and Blues great Brett Hull. They were there to say: thank you.

"'Thank you so much for letting us crash your wedding,' basically," Meg said.

Thankfully, there wasn't a runaway bride until after the vows.

"We saw the bus with all the players go by. I tried to chase them down, but they didn’t stop. But that’s okay," she said.

Now that the stresses of the day are over, they say they wouldn't have wanted it any other way.

"It was something we had to deal with at first, but in its own way, it did certainly enhance the wedding and make it more of an unforgettable experience," Lucas said.

It's perhaps the first time a bride and groom have been thankful on their wedding day to have the Blues.

"That’s more of a gift than we could have asked for," Meg said.

The newlyweds leave early Tuesday morning for their honeymoon in Mexico.

And in case you're curious, Meg is a lifelong St. Louisan and a Blues fan.

The groom's father is actually a Bruins fan, and Lucas says he's not quite a fan but that the team is growing on him.

Let's hope so, because the Blues are officially all over their wedding photos!

RELATED: Sights and sounds from Blues parade and rally

RELATED: The moment Pat Maroon put a baby in the Cup during the Blues parade