Ben's turnaround began at a Texas Woman's University summer speech camp for children who have apraxia, a neurological disorder. 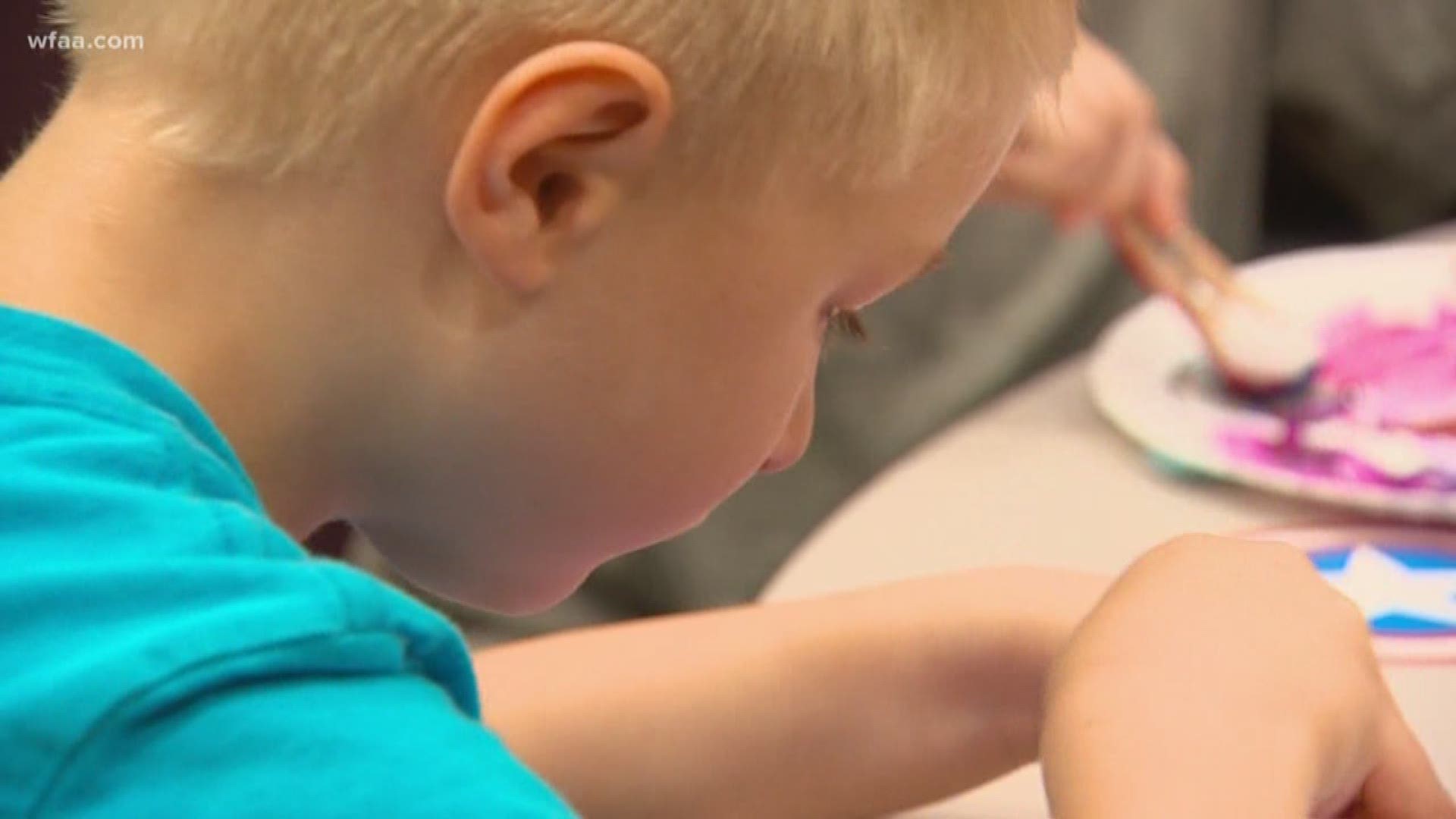 “If you asked him, his name was B,” said his mother, Heather.

Her son is now seven years old, and Heather has witnessed a breakthrough. Ben is now speaking in sentences. “A complete transformation,” she calls it.

Ben’s turnaround began at a Texas Woman’s University summer speech camp for children who have apraxia, a neurological disorder. Program Director Laura Moorer said people who have apraxia know the words they want to say, but they just can’t say the sounds properly.

“It comes out different because they can’t sequence those sounds correctly,” Moorer explained. And it’s frustrating. “It’s very similar to an adult who has a stroke and has apraxia and is not able to use their words efficiently,” she said.

During a session with a therapist focusing on “s” sounds, Ben repeated almost word for word what he was asked to say.

“I need to shop for food after school,” a therapist said to him. He missed a syllable or two when saying it back, but the therapist had him repeat it, and he got it right. “Oh, I like how you’re thinking about all those sounds in the words,” she told him.

The two-week-long “Champ Camp” provided 15 children with access to intense therapy from clinicians at TWU’s Speech, Language and Hearing Clinic in Denton as well as play-based group therapy sessions at an affordable cost.

Aside from therapy, Ben and other campers did art projects and practiced yoga. “You know speech is a motor act,” Moorer said. “We want the whole body to be integrated.”

“And, the therapy we do is intense and it’s hard. We have to use motivation and games and toys,” she added.

Between last summer and this one, Ben took part in other therapy sessions at the clinic.

His mom, Heather, said classmates used to tell him they didn’t like his voice. Now, she said, they are having an easier time understanding him.

She added he’s able to now communicate enough “to where he’s invited to birthday parties and we’re going on playdates.”

“And he’s fought for it. He’s fought really hard for it,” she said.