At issue is whether Bonnen and Rep. Dustin Burrows offered a hardline conservative activist credentials in exchange for politically targeting a list of GOP members. 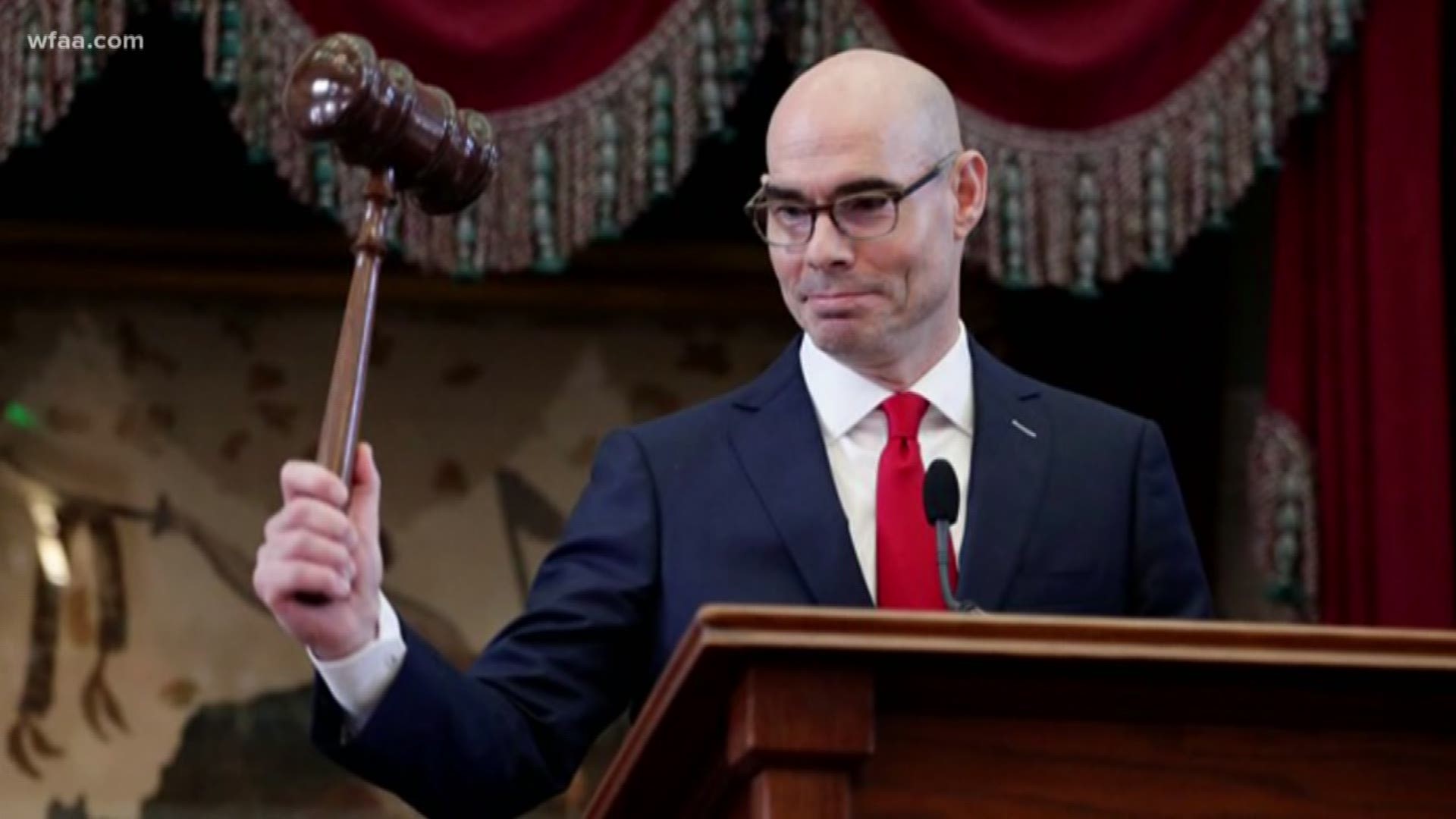 AUSTIN, Texas — The Texas House General Investigating Committee voted Monday to request that the Texas Rangers look into allegations against House Speaker Dennis Bonnen and one of his top lieutenants in the lower chamber.

The committee vote, which was unanimous, followed roughly an hour of closed-door deliberations among the five House members who serve on the panel.

At issue is whether Bonnen, an Angleton Republican, and state Rep. Dustin Burrows, R-Lubbock, offered hardline conservative activist Michael Quinn Sullivan media credentials for his organization in exchange for politically targeting a list of fellow GOP members in the 2020 primaries.

RELATED: Texas House Speaker apologizes for secret recording, but can he survive politically?

Sullivan, who met with Bonnen and Burrows at the Texas Capitol in June, publicized his allegations against the two Republicans over two weeks ago. Since then, Bonnen has forcefully pushed back against Sullivan’s account of that June 12 meeting. And Burrows has not publicly weighed in.

The Texas Rangers did not immediately respond to a request for comment Monday.

State Rep. Morgan Meyer, a Dallas Republican who chairs the House committee, said Monday that the Texas Ranger’s Public Integrity Unit “will conduct an investigation into the facts and circumstances surrounding” that meeting between Sullivan, Bonnen and Burrows.

Meyer also requested that the Texas Rangers provide a copy of its final investigative report to the committee at the end of its investigation.