"This was a big lie, and there's no other way to phrase it other than a big lie with bogus numbers in a bogus attempt to intimidate and suppress the voters of Texas,” said Domingo Garcia, the League of United Latin American Citizens National President. 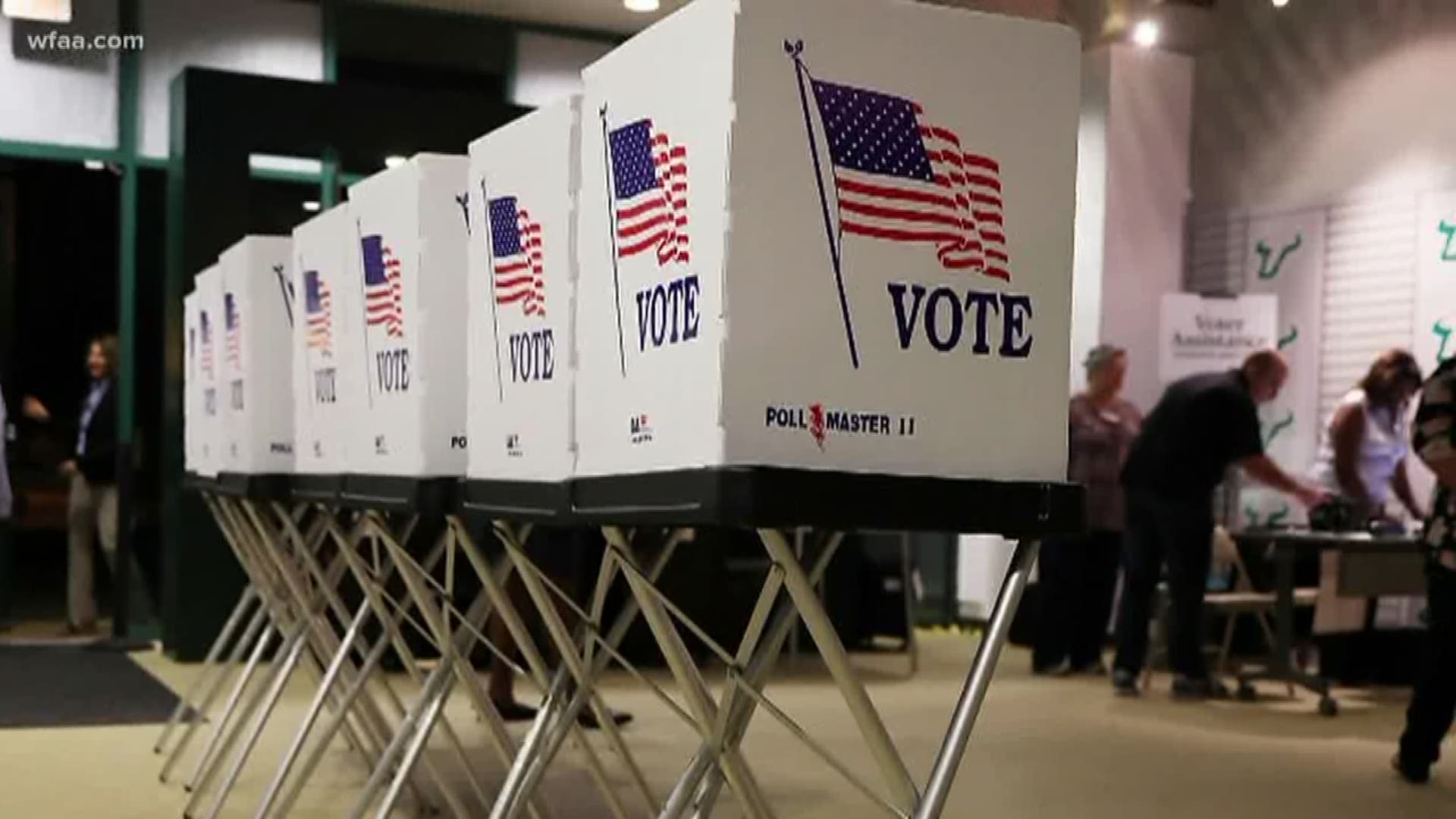 DALLAS — The Texas Secretary of State spent Tuesday calling county election administrators across the state asking them to disregard hundreds, perhaps thousands of names, that bureaucrats mistakenly thought were not citizens and should not be allowed to vote.

"This was a big lie, and there's no other way to phrase it other than a big lie with bogus numbers in a bogus attempt to intimidate and suppress the voters of Texas,” said Domingo Garcia, the League of United Latin American Citizens National President.

His organization filed a federal lawsuit this afternoon after last week’s announcement by the Secretary of State that more than 95,000 people on the voter rolls might not be citizens. The S.O.S. also said last week that 58,000 of those individuals have voted in recent elections. Counties were to investigate and reach out to voters to determine whether they really were eligible.

Today, the Secretary of State called counties to walk back those numbers, though the office could not tell WFAA exactly how many U.S. citizens should not have been included in the lists.

Dallas County said it received one of the phone calls Tuesday that its list of 10,000 names is not completely accurate. Dallas has not yet determined how many names of citizens should not have been included in the state’s list, according to County Judge Clay Jenkins.

"All these things could be solved with online voter registration," Jenkins said. "You could use the same sort of data like you use with E-Verify to check all these things. People could upload pictures of their documents for folks to see, but we don't want to have online voter registration because the same politicians that have been in power for too long don't want to make it easier for new people to vote,” Jenkins added.

Tarrant County said it also got a phone call from the state and was told to disregard 1,100 names of 5,800 the state sent.

Collin County is still sorting it out how many on its list of 4,700 need to be eliminated.

"We had already said looking at the file that it would take this office a couple of months to process 4,700 names, because you're looking one at a time doing research on them before you initiate a letter process, which is what we had intended to do,” said Bruce Sherbet, Collin County Elections Administrator.

It’s the same story with Denton County which received a list of 2,934 names.

The Secretary of State did not have a total number of inaccurate names that were mistakenly included on the lists it sent out statewide.

But the bigger question is how did the Secretary of State make the mistake – and ask Texas counties to eliminate U.S. citizens names from their voter databases? The Texas Department of Public Safety evidently made the error as it compiled the list, an insider told WFAA.

There's no evidence of widespread voter fraud in Texas, but there is proof that bureaucratic mistakes have added non-citizens to voter rolls.

As WFAA reported in August 2018, people are signed up to vote while getting a driver's license or state ID and even check the ‘No’ box that they are not citizens, yet get registered anyway.

That alone reveals there is a problem which is only exacerbated by the incomplete list the state shared last week.

Counties are not required to comply with this state request to remove non-citizens from their voter rolls. But cleaning them up after someone moves or dies is regular maintenance that happens every day.