Texas House Speaker apologizes for secret recording, but can he survive politically?

"I said terrible things that are embarrassing to the members, to the House, and to me personally," Dennis Bonnen wrote in an email to lawmakers Tuesday afternoon.

At least one state representative from North Texas called on Texas House Speaker Dennis Bonnen to resign after the speaker admitted “embarrassing” and “hurtful” comments he made about his fellow lawmakers on a secret recording.

Bonnen, R-Angleton, sent an email Tuesday afternoon to every member of the Texas House apologizing for remarks he made that were secretly recorded by a conservative activist.

State Rep. Ramon Romero, D-Fort Worth, told WFAA that apology is not enough and Bonnen needs to resign.

Michael Quinn Sullivan made the recording recently in a meeting with Bonnen and state Rep. Dustin Burrows.

In the recording, which WFAA has not independently heard, Bonnen reportedly tells Sullivan that he’ll grant press credentials to his staff at Empower Texans if Sullivan, in turn, agrees to campaign against a handful of fellow House Republicans.

Until now, Bonnen had called on Sullivan to release the entire recording but had not admitted saying anything disparaging about colleagues who elected him speaker.

It is uncertain if Bonnen can survive politically as Speaker of the Texas House. He was elected unanimously in January and most recently boasted about the bipartisan success of the legislative session.

Several lawmakers reached by WFAA this afternoon said it's unclear if Bonnen can regain trust of the members of the House, including those Republicans the speaker reportedly wanted challenged.

Multiple Republicans and Democrats did not want to speak on the record about Bonnen's future.

But Romero was clear about Bonnen's standing.

"To be clear this is about the Texas House, not about D’s and R’s, he disparaged specific Democratic members and purportedly targeted specific members of his own party. We cannot just move forward as if this meeting didn’t happen," the representative said.

Still, the Speaker had his defenders.

"This statement exhibits a refreshing humility that admits missteps and seeks to make rebuild the trust that has been broken," Leach said. "And it’s a great step forward for him and for the entire Texas House of Representatives."

"I pray for him," Sherman said.

The chairman of the Travis County Republican Party said he believes Bonnen can repair the political damage caused by the recording.

"He is taking personal responsibility for this mess. His email ends any doubt that he said these things," said the chairman, Matt Mackowiak.

Mackowiak said the speaker is trying to personally speak with the other members of the House.

“Politically speaking, I think this will stop the bleeding. As to the future, it depends on whether he can rebuild trust,” he said.

I’m sorry. I was stupid to take a meeting with an individual who has worked hard to divide our House. It was a mistake.

I said terrible things that are embarrassing to the members, to the House, and to me personally. You know me well enough to know I say things with no filter. That’s not an excuse for the hurtful things I said or the discussion that was had.

Once again, I call for the release of the entire unedited recording so the House is no longer held hostage, and we can begin to heal.

I have reached out to many of you, and I want to visit with all of you. I hope I have the chance to apologize to you personally.

I am truly sorry from the bottom of my heart. I ask for your forgiveness, and I hope to rebuild your trust. 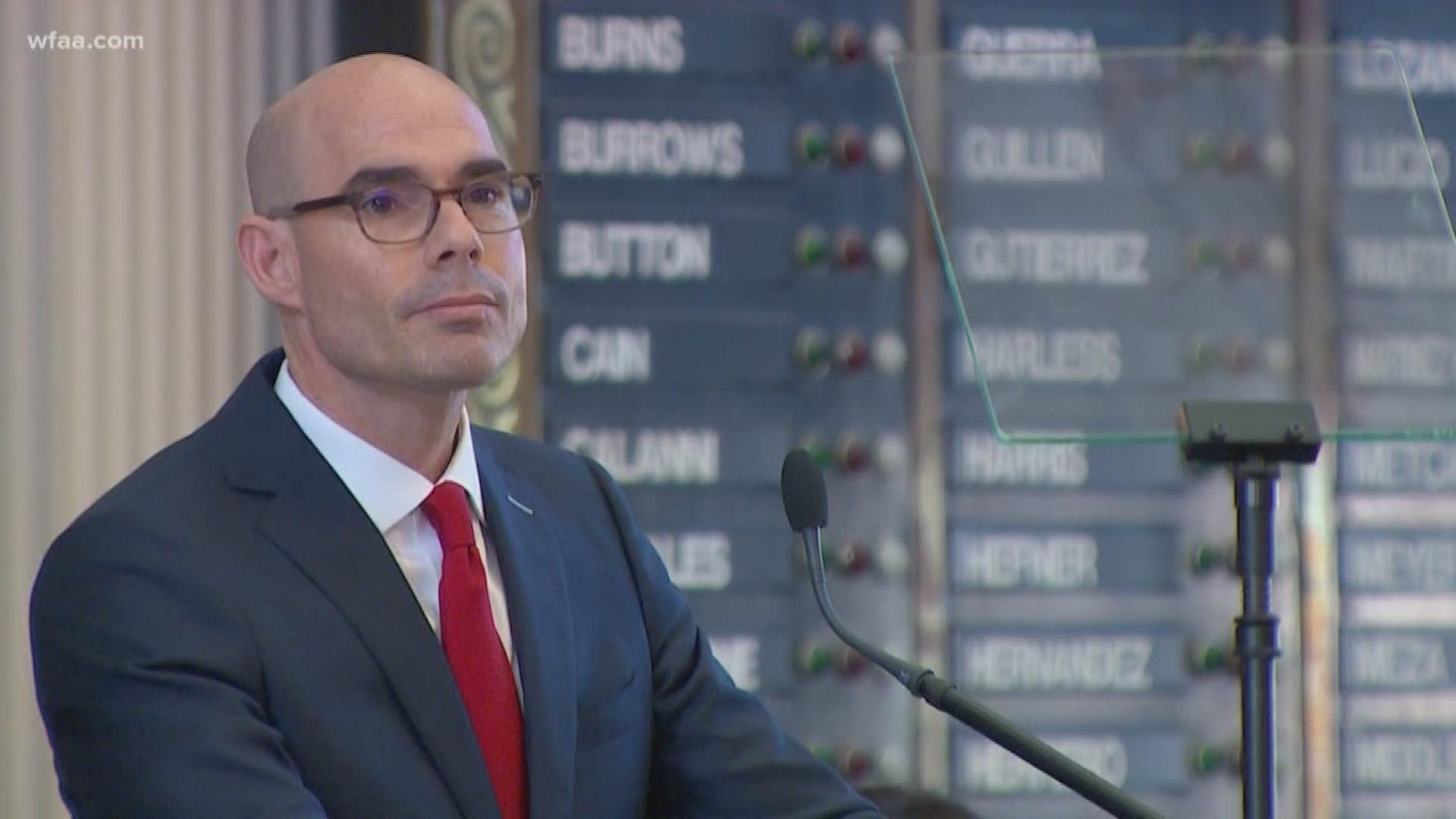