Things get spicy in August, when it's mating season for the Texas brown tarantula in Dallas area. 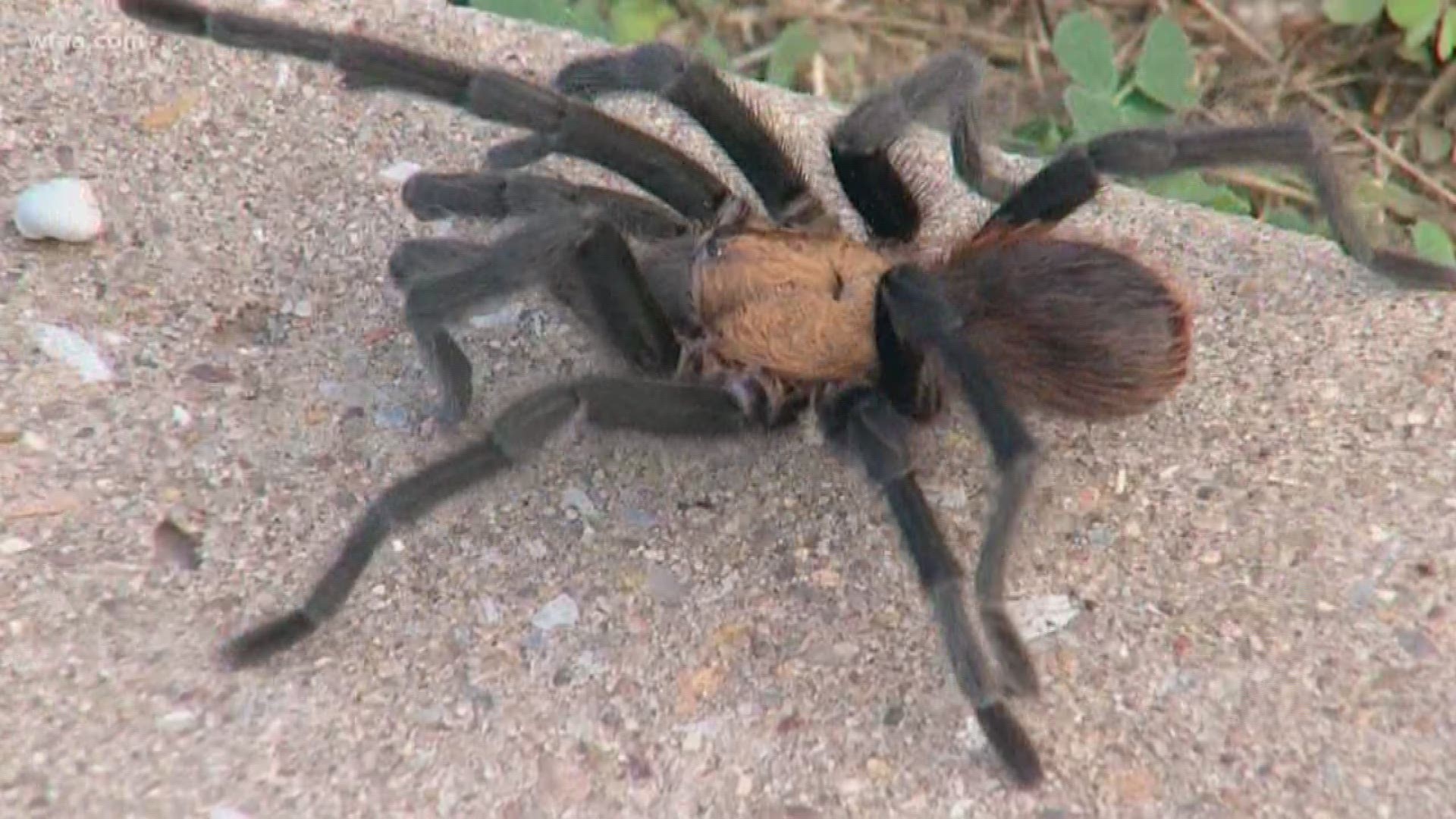 DALLAS — It’s once again that time of the year when the Texas brown tarantula makes an appearance in parts of North Texas.

From late May to October they appear in places from the desert to grasslands throughout Texas.

Things get spicy in August, when it's mating season.

Then tarantulas retreat to their boroughs when the weather gets colder.

“Those guys you can find all over Texas, all over the southern United States,” said Lindsey Meder, a zoologist at the Dallas Zoo. “Females are going to get about 6 inches in length and males will be a little bit smaller.”

RELATED: Tarantulas on the prowl, but they're just looking for love

But for those fearful of the bugs, zoologists say don't worry.

“These guys are totally harmless,” Meder said. “If you guys do see one in the wild just leave it alone. If you spook it, it’s probably just going to run back to its borough where it’s usually going to be found.”

Though the tarantulas have fangs and are venomous, that's for eating their food, not hurting humans.

“If you were to get bit that’s going to feel more like a bee sting, and they are not toxic to humans at all," Meder said.

The brownish black bug is very common in the state.

“They are the most common tarantula in Texas, so if you do see a tarantula out in the wild in Texas it’s most likely that one,” Meder said.