Teens beaten, stomped, and dragged by crowd in Fort Worth

A group of parents are telling police their daughters were ambushed and suffered injuries, including a concussion, during a brawl that was aired on social media 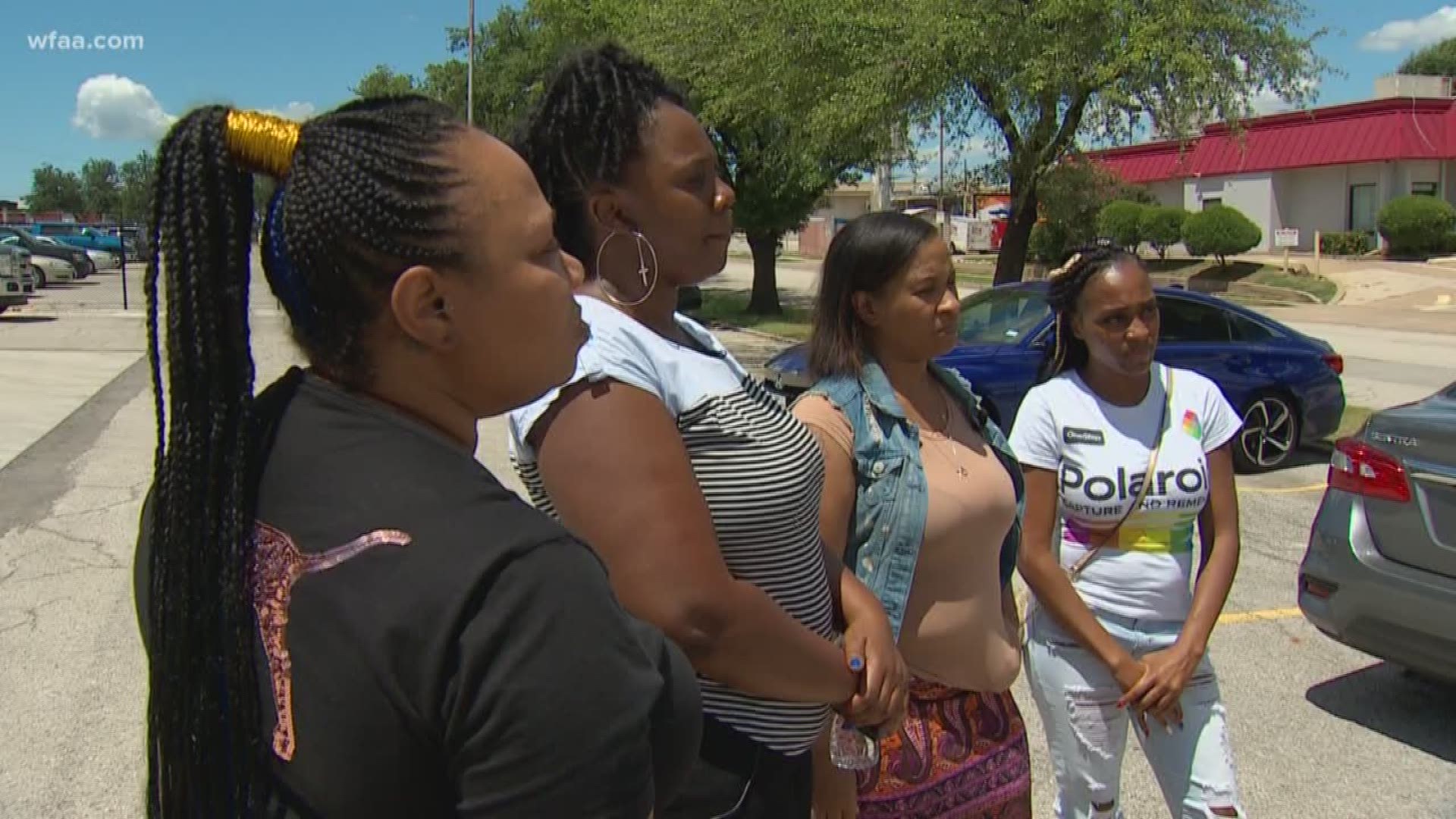 FORT WORTH, Texas — Disturbing video of a brawl involving a large group of teens in Fort Worth is making the rounds across social media. The video, which shows some unidentified individuals punching, dragging and stomping some girls, has been reported to the Fort Worth Police Department.

"My baby got thrown to the ground,” said Kamisha Bailey as she stood outside the city’s West Patrol station.

Bailey’s daughter is among a group of seven girls, ranging in age from 11 to 14 years old, who claim they were ambushed by an unknown group of older teens on Saturday.

"My daughter called me, and I could hear the fear and hysterics in her voice, and she was like, ‘Momma they jumped us!’” Demethria Curtis said.

The parents of the victims say they want answers.

"It’s frustrating for me, because I didn’t even want to see the whole video, knowing that someone dragged my daughter," Shaneika Walker said.

The women say the fights happened after a party at the nearby Main Event entertainment complex cleared out.

Their daughters say they walked to a Sonic restaurant on Overton Ridge Boulevard to wait for their parents when a group of older teens ambushed them and threatened to steal their cell phones.

“I want to say it was like 50 kids out there. It was too many of them and for them to drag them and do what they did. My baby has a concussion because of this,” Curtis said.

The parents say they grew frustrated seeing the video of the brutal attack their daughters’ suffered being passed across social media sites. They began asking witnesses to come forward and help identify people in the video. The women say they received information suggesting the vicious assault on their daughters was part of some type of challenge.

The parents say they had to get police involved.

“We want justice,” Bailey said. “We are not going to stop until we get it.”

The parents say their daughters are nursing a variety of injuries. They want police to seriously investigate the incident, before someone else is hurt.

“We’re not going to stop until this gets handled,” Walker added.