Teen accidentally kills himself as friends watch on Instagram Live

EDITOR'S NOTE: The story was originally published in April 2017. It is part of our "Year In Review" section as one of our most-viewed stories of the year.

“I heard a big boom. I couldn't tell if it was a gunshot or what."

Shaniqua Stephens had just watched her 13-year-old son take out the trash Monday evening when she heard a noise.

"I just knew that it was something that was wrong,” she said.

She and her daughter ran upstairs and found him. “We kicked in the door. We found him just laying there in a pool of blood," Stephens recounted. "My daughter screamed and said, 'Mom turn his phone off!' As I proceeded to look at his phone he was on Instagram Live.”

Thirteen-year-old Malachi Hemphill was live on the social media site Instagram handling the gun when it went off. He was rushed to Grady Hospital where he died.

Forest Park Police said they responded at about 10:40 p.m.

“This is just a pain that will never go away," she said. "He was my only son. He was just only 13. Just the thought of me seeing him on the floor will never leave my brain." 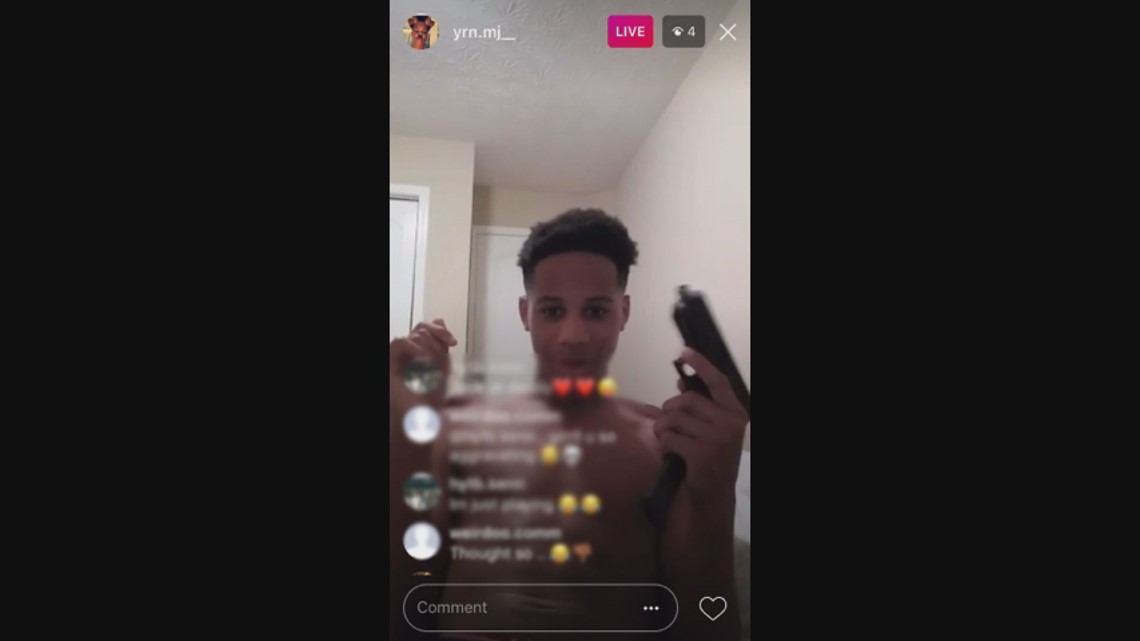 Stephens said it was an accident and not an intentional suicide.

Several of his friends were watching when the shooting happened. Stephens said they rushed to her house afterward.

“There was about 40 to 50 kids outside," she said. "I guess these were the kids that were watching on live that live in the area. I guess when it happened they just ran over here.”

Stephens isn't completely sure how Malachi got the gun. She was told he got the gun from a friend who got it from someone else. Detectives said they are consulting with the Clayton County D.A.'s office, and depending on where their investigation leads, criminal charges are a possibility.

She said it was hard to keep track of his activities on social media even though she and her husband Ernest monitored his profiles often. Both said they tried their best to know where their kids were and who they were friends with. They worked to be role models for their children, but said the wrong influence outside the home and a parent's eye can still lead to tragedy.

Officials at Babb Middle School, where Malachi was a 7th-grade student, have brought in grief counselors to assist students.

In addition, Forest Park Police released a message to the public:

This is a horrific event for parents, children and the police to deal with. We are asking parents to speak with their children about: