'I'm going to be okay': 6-year-old is resilient after Halloween accident

Dominick Keyes has a few bruises and stitches, but doctors said it will all heal with time. 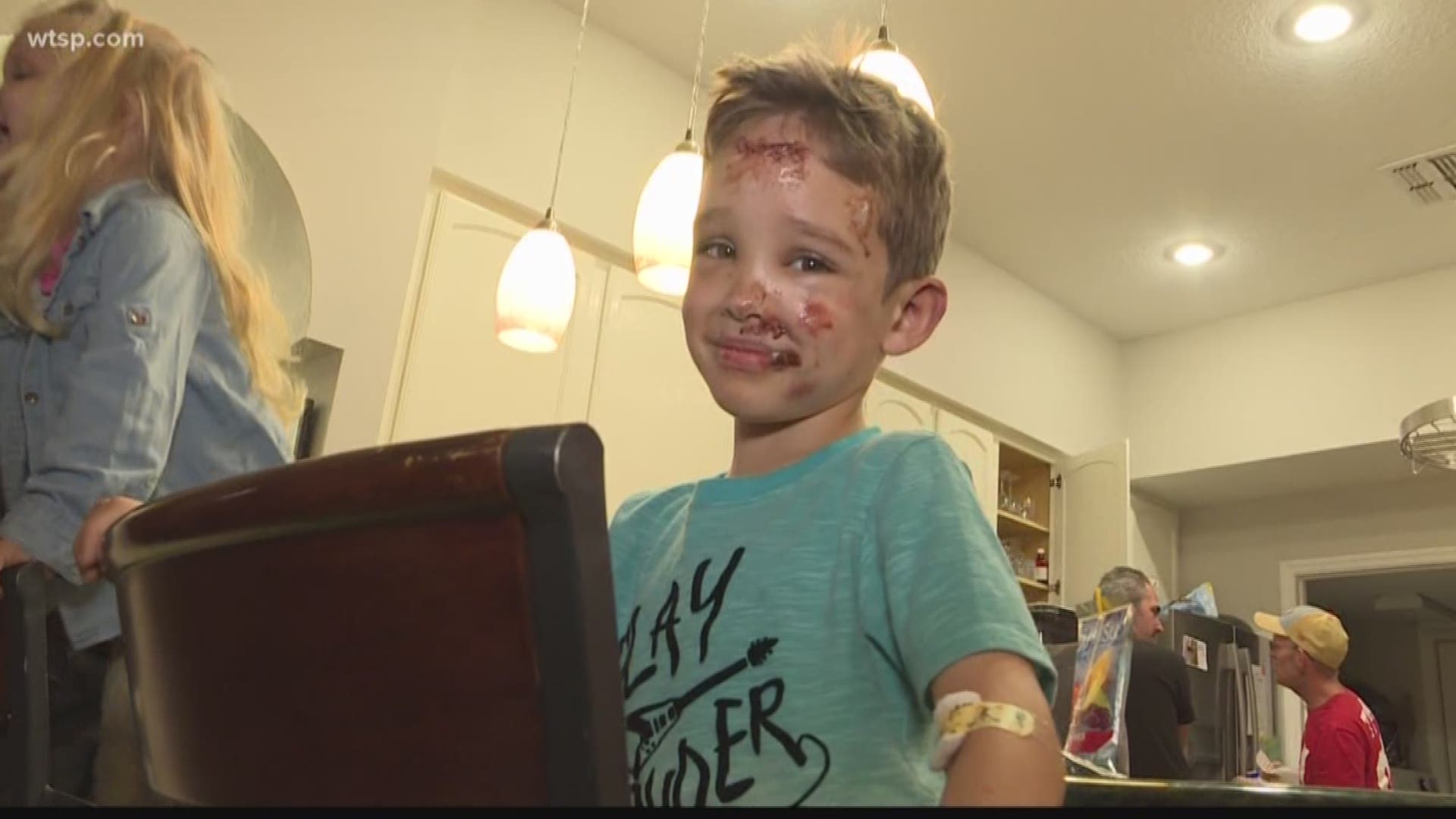 TRINITY, Fla — It's been a few days since the Keyes family's life abruptly changed, but they're finally home enjoying each other's company.

"It's surreal almost. Couldn't ask for anything better. Three days ago, you know, he was in bad shape and now he's beating his bother at hockey," said Chris Keyes.

A small pickup truck hit Keyes' 6-year-old son, Dominick, on Halloween night. He and his family had just gotten to Starkey Boulevard and Town Avenue to go trick-or-treating. They pushed the button on the crosswalk, lights started flashing, but the truck never stopped.

"When he woke up in the ambulance he didn't really understand where he was or why," Keyes said.

"I got hit by a truck. It feels kind of weird," Dominick said.

RELATED: 6-year-old hit by a car while trick-or-treating thanks everyone for the love

He has stitches and a few bruises, but nothing time won't heal. For now, Dominick is laughing with his twin brother Andrew. He's keeping him on his toes to make sure everything is okay.

"Every four hours he's got to alternate medicine or he's in excruciating pain. That triggers his brother to covering his ears and crying about his brother being in pain. Which really sucks. So there going to be lots of therapy for PTSD for all of us," Chris said.

The twins have a bond that can't be broken. Their family is happy they're both still alive.

"It made him stronger I can tell you that much. I know he's going to have a wicked story to tell people about what he remembers. Life can just take a left turn sometimes. I’m happy it turned and righted itself," Chris said.

The community is coming together to help the family with whatever they might need. If you'd like to help them, you can visit their GoFundMe page.