"When we got the diagram, we realized it was bigger than the building," Executive Pastor John Cruz said. 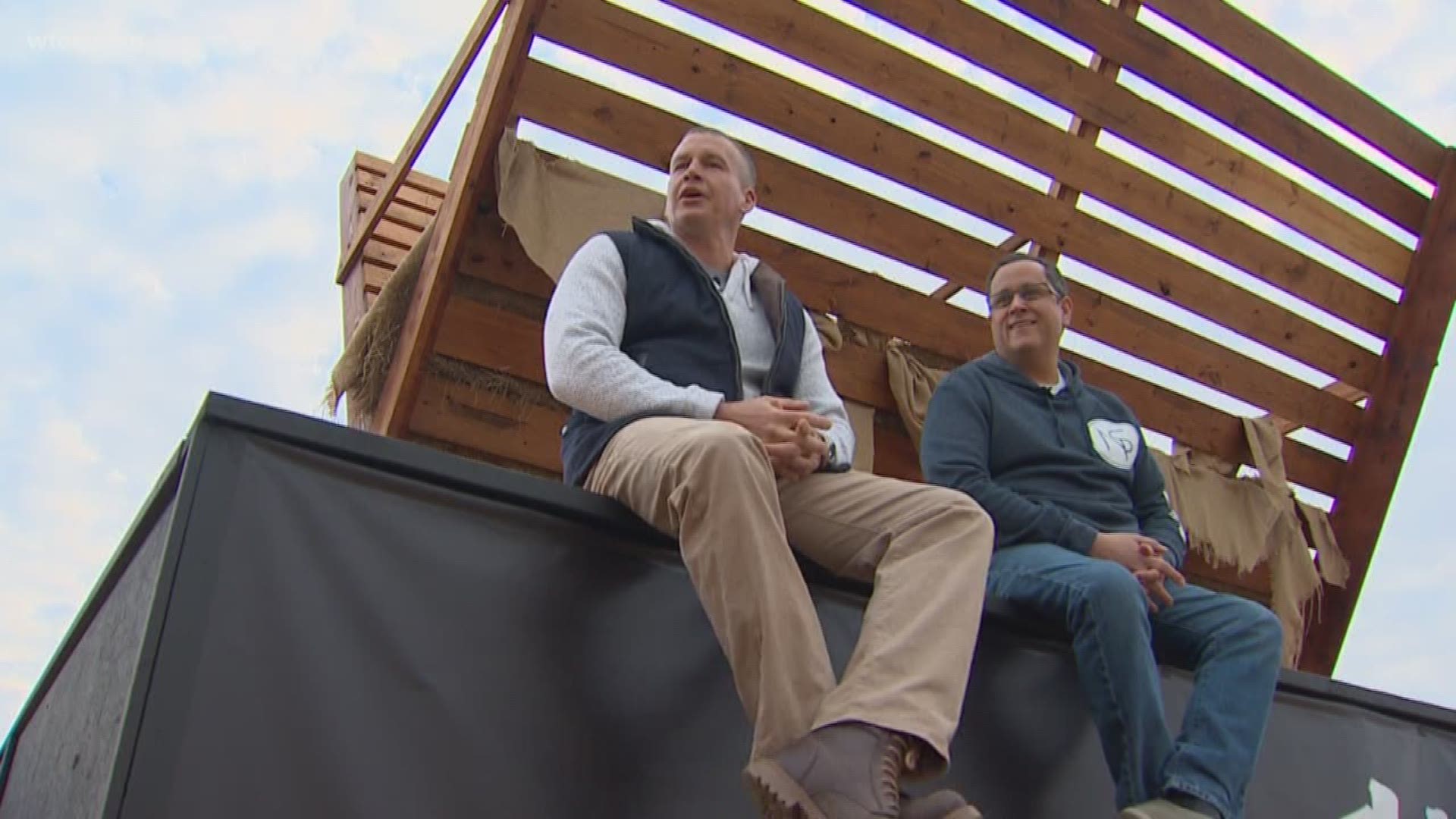 It started out as just a conversation piece, but Northplace Church in Sachse has set an unofficial world record after constructing a manger that’s taller than the church itself.

Every December, pastors across the nation wrestle with how they celebrate and educate their congregation regarding Advent—a period from December 2 to December 24 that heavily involves the Nativity Story.

This year, Lead Pastor Bryan Jarrett thought it would be a good idea to create a large visual aid for his congregation on the front lawn of Northplace while celebrating Advent. “The team started brainstorming, and we decided to put a manger on the lawn,” Jarrett said. “And I said, ‘Ok, if we do, it's gotta be big.’”

Jarrett didn’t realize how big. He asked a few volunteers at the church who were skilled in woodworking to come up with a blueprint, and when they returned—his idea for a visual aid was met with biblical ambitions and proportions.

“When we got the diagram, we realized it was bigger than the building,” Executive Pastor John Cruz said.

“As the volunteers started building, we didn’t really expect it to be this massive,” Jarrett said.

All said and done, the manger stands 20 feet tall and 20 feet long. More than 2,000 pounds of lumber was used, and more than a ton of hay sits inside it.

It’s an impressive structure, and when it was finished, it sparked a question in Jarrett’s head. “We started asking, well how large is the largest manger in the world? How big is the biggest?” Jarrett said.

WFAA reached out to a spokesperson, who said a record for the largest manger does not exist.

However, a record was set in 1999 by a man from Mexico for the largest Nativity Figurines. But, the largest figurine didn’t get higher than 20 feet. The largest was the Mary and Joseph figurines, which stood a little more than 17 feet.

Jarrett said they checked with Guinness to verify as well. “They basically said that we can verbally tell you that we’re not aware of any other manger in the world that’s this big,” Jarrett said. “It was pretty cool. We’re not just saying it, they very well think that it might be the largest.”

So, not official—but Jarrett tries to not forget the original intention behind the manger.

“For our community of faith, this is the crescendo of the entire story of God. He came here and took on the form of man to have a relationship with us,” Jarrett said. “That’s what we want people to think when we see this manger, this is the climax of that story.”

The only question now, where does the church store the manger when Christmas is over? “We have no idea,” Jarrett said with a laugh.