Heavy winds and rain knocked over the entrance trusses at an outdoor venue at the Winstar Casino in Thackerville, Okla., about an hour north of Dallas. 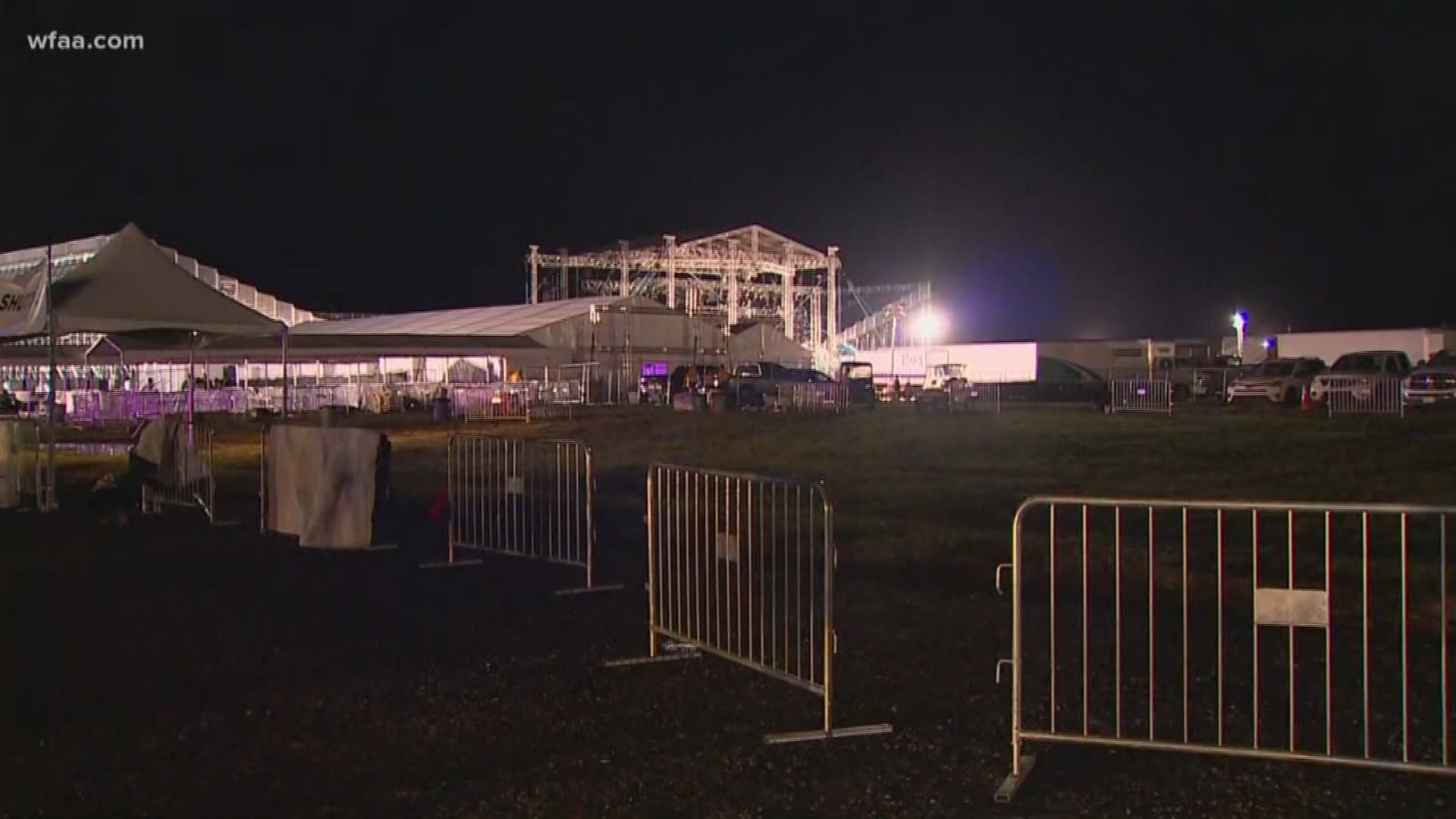 Fourteen people were injured Saturday after a storm knocked over the entrance to a Backstreet Boys concert at Winstar Casino in Oklahoma, the casino said in a statement.

The Backstreet Boys canceled the concert, tweeting, "We never want to put our fans in harm's way" and that they would try to reschedule.

We never want to put our fans in harm's way and with tonight’s weather and the injuries from earlier, we have decided to cancel the show and will attempt to reschedule. The most important thing is for everyone to get home safely and we will see you all very soon!

The incident happened about 5:30 p.m., when a storm bringing heavy winds and rain knocked over the entrance trusses at the outdoor venue at the casino, which is in Thackerville, about an hour north of Dallas. 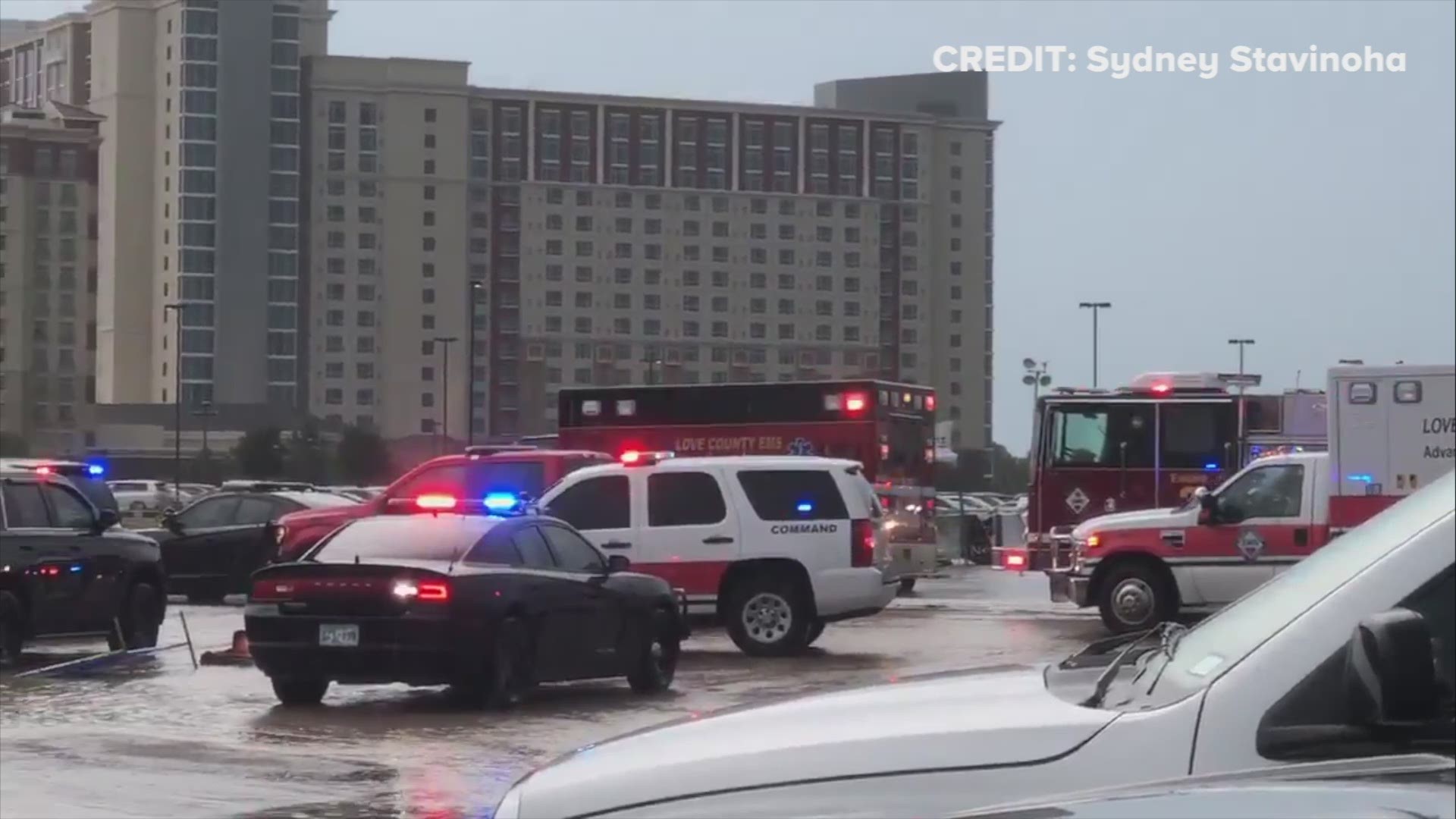 Injured concert goers were treated at the scene, and then taken to local hospitals, according to the casino. Two people had already been released from the hospital by 8:30 p.m.

Official statement regarding the situation at the Colosseum at WinStar: https://t.co/AMP7UJhY4C

The people who were injured were standing in line for the Backstreet Boys concert. At about 5 p.m., as severe weather moved into the area, Winstar officials evacuated the venue and asked fans to take shelter from the storm, the casino said.

About 150 fans "did not heed staff's warnings," the casino said.

Video from a witness at the scene showed multiple emergency vehicles, including ambulances, in the parking lot of the casino.

"We know that fans often suffer through inclement weather for their favorite acts, but this was an unusual event and our thoughts are with those who were injured during this storm," the casino's statement said.

Emergency personnel had to use a forklift to remove the metal sign from on top of people waiting in line at the @backstreetboys concert. #oknews #okwx #WinStarCasino #BackstreetBoys pic.twitter.com/jOcR18sffa