"He was truly one of really our last heroes that we have." 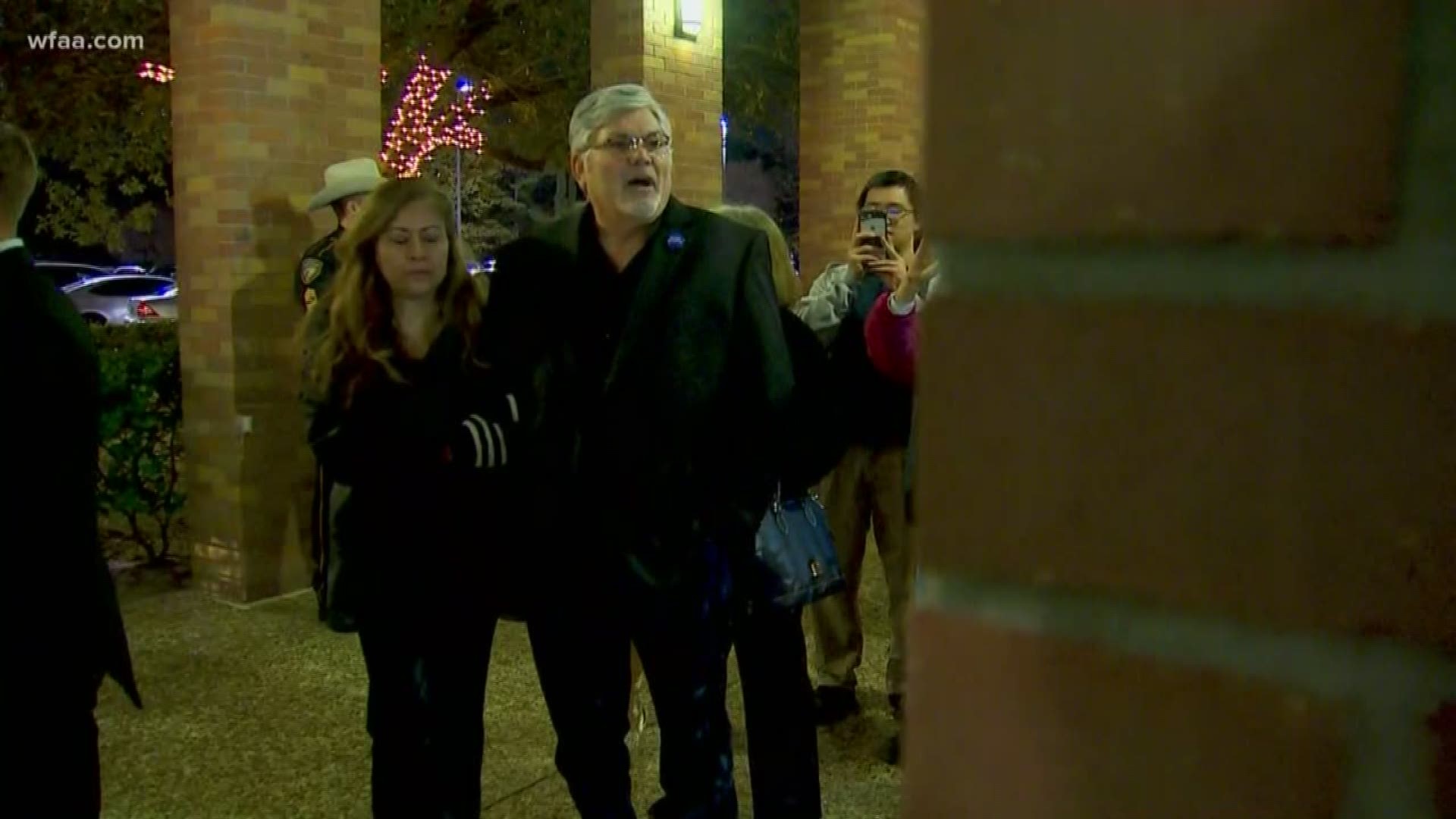 HOUSTON — The emotion was as evident as Anna Cervantes’ red white and blue.

An old sailor wore his uniform – and his heart on his sleeve. To thank George H.W. Bush, the commander in chief who brought him home from war.

“I owe him a debt of gratitude, a very big debt," the sailor said.

Karen Crump and her son drove here from McKinney. In line, they broke into tears.

"We need to respect those that have served us as well as George did,” Crump said.

That same emotion came from a Corpus Christi family, for the president who signed laws making life easier for their disabled son.

And for a Filipino family holding newspapers with their idol’s pictures.

As night fell the line stretched around Second Baptist Church, as buses bearing the president’s name, and the words "Epilogue 41," carried mourners to St. Martin’s Episcopal Church for their brief chance to say goodbye.

Cathy Ruff and Genevieve Nichols said they had to be .

“I think he’s a great model," Nichols said. "We should all strive to be more like him.”

“And he was truly one of really our last heroes that we have," Michael Duffee said.

A hero as a veteran. A hero as a husband and father. Just ask a soldier in line with his family.

"No matter if you’re left or right, or where you’re coming from, [it's important] just to know this man made some sacrifices not only for our country but for his family as well," U.S. Army Spc. Jose Ramos said.

Also in line, an old Marine told WFAA he sees an American family, willing to wait all night if necessary, to honor a man they will always consider their president. Their 41.

“It’s touching," retired Marine George Mattingly said. "You see the people that are here, you know he touched many, many lives. Many lives. Whether you knew him or not, he touched lives."