A Texas pastor took to Facebook to spread his message to all the good little boys and girls this Christmas: “Santa’s not real.” 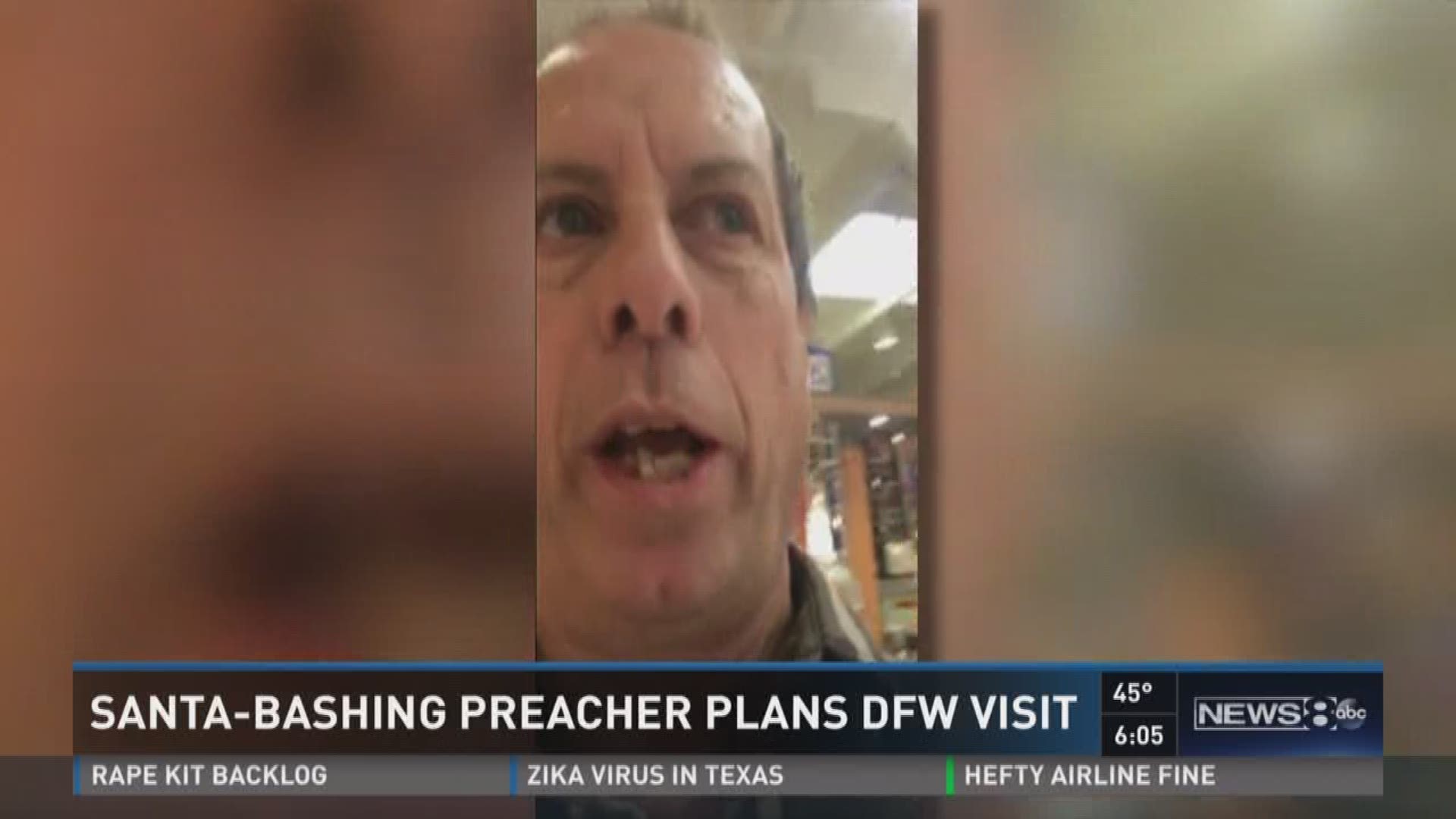 Editor's note: The Christmas spirit is alive and well at WFAA-TV!

AMARILLO, Texas -- A Texas pastor took to Facebook to spread his message to all the good little boys and girls this Christmas: “Santa’s not real.”

“The man you’re going to see today is just a man in a suit, dressed up like Santa, but Santa does not exist,” Grisham said in a video posted on Facebook, which appears to have been removed. “Santa’s not real.”

Clearly bitter about a lump or two of coal addressed to him in the past, Grisham would tell the group of innocent believers that the whole idea of Santa is a figment of their imagination -- from the reindeer to the elves to the workshop on the North Pole.

He shouted to the line that the real meaning of Christmas is the birth of Jesus, and implored parents to stop lying to their children.

“We’re going to tell the children today, the truth — that there is no Santa Claus,” he said in the video before approaching the line of eagerly waiting children. “Christmas is about Jesus Christ. Jesus died on the cross for our sins. And Jesus was born in a manger 2,016 years ago.”

Parents waiting for their kids’ turn to meet Santa, however, did not take too kindly to the pastor’s claims about Jolly Old Saint Nick.

“Stop, stop, stop…” one father interjects, standing in front of Grisham’s cell phone — attempting to block the camera. “Go, get. We do tell them the truth.”

“I’ve got my kids over there and we don’t need you coming over here, blabbing whatever the hell you want,” the father said.

More protectors of the Christmas spirit join in the effort to send Grisham back to Mount Crumpit and out of earshot of their children. Eventually, Grisham ended the diatribe and cut the video.

Watch the video below or here.