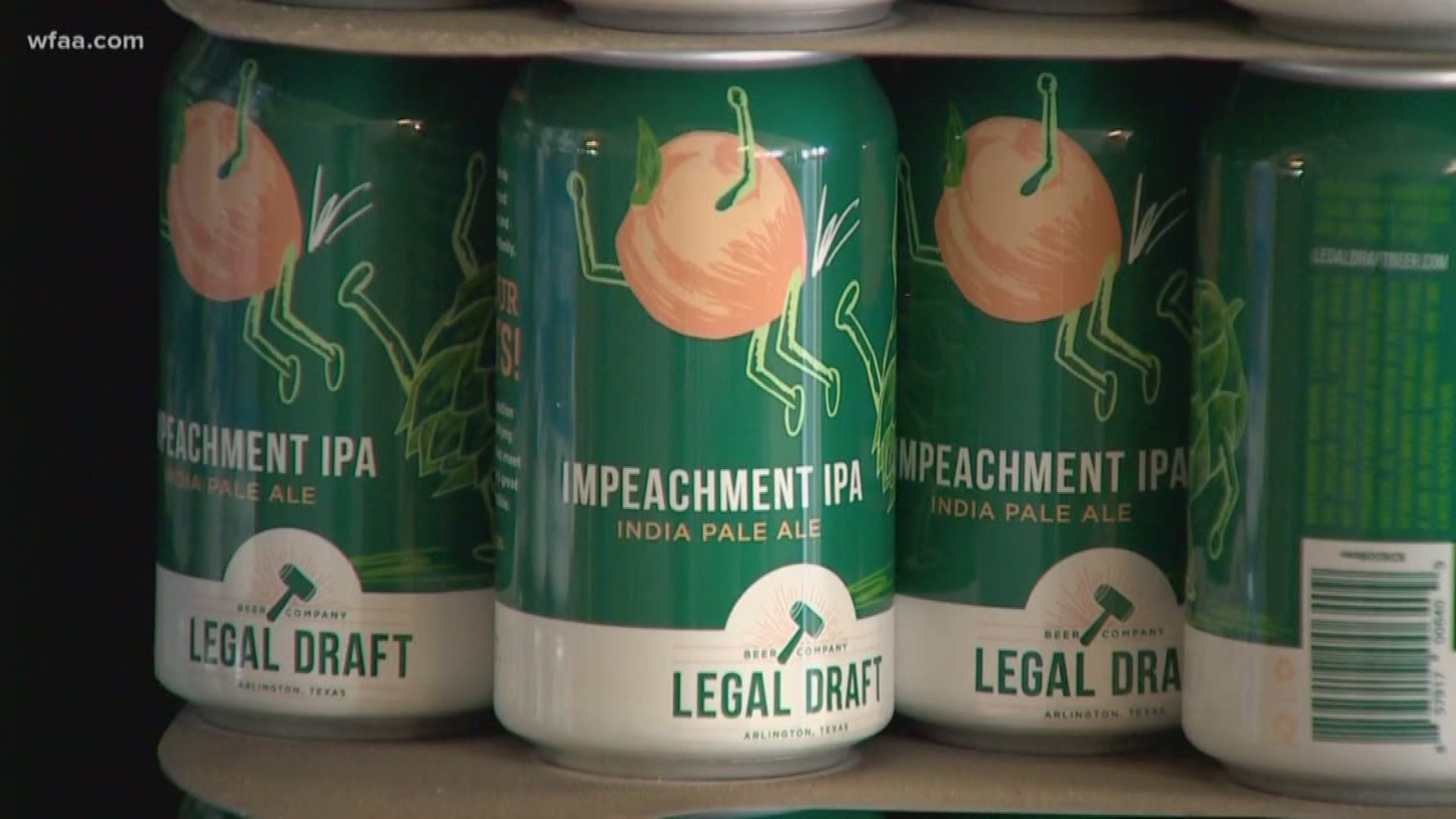 ARLINGTON, Texas — At craft breweries around Texas, the countdown is on for a new law that will allow beer-to-go sales directly to customers.

We went to Legal Draft in Arlington, where co-founder Greg McCarthy is an attorney-turned-brewer, to understand the new law. Until now, the laws surrounding beer have been so confusing it helped to have a legal degree.

"I can't even keep track of it sometimes, and I'm a lawyer and I'm in the beer business," McCarthy said.

Texas has long had a three-tier system, where craft breweries were required to sell to distributors, who then sold to retailers. While customers can come to craft breweries' taprooms to buy beer to drink on the premises, the law prevented them from selling a six-pack of that beer to customers to take home. McCarthy said it is confusing for customers.

"I think mostly what it's been is frustrating," he said.

For years, the booming craft beer business has pushed for a change to the law. This summer, Gov. Greg Abbott signed a bill that allows brewers to sell directly for the first time. Texas is the last state in the country to allow this kind of direct sale.

"We finally got to the party, and we're the last to arrive," McCarthy said.

Breweries are now counting down to September 1 when it takes effect, planning special events to celebrate the new law.

There is a per-person daily limit of a case of beer, which is four six-packs.

They can also sell the equivalent of a case in fluid ounces in the form of growler pours. Now customers will be able to bring their own refillable growlers to take home draft beer that may not be sold anywhere else.

At Legal Draft, they often have experimental brews on tap that aren't yet in the wider marketplace.

"We have some things in our taproom that we don't yet put in cans and send out in the market," McCarthy said.

McCarthy believes the value in this new law is less about revenue from selling beer directly and more about building a brand. By taking beer home straight from the brewery, he hopes people will remember Legal Draft's products and then buy it from their usual retailer.