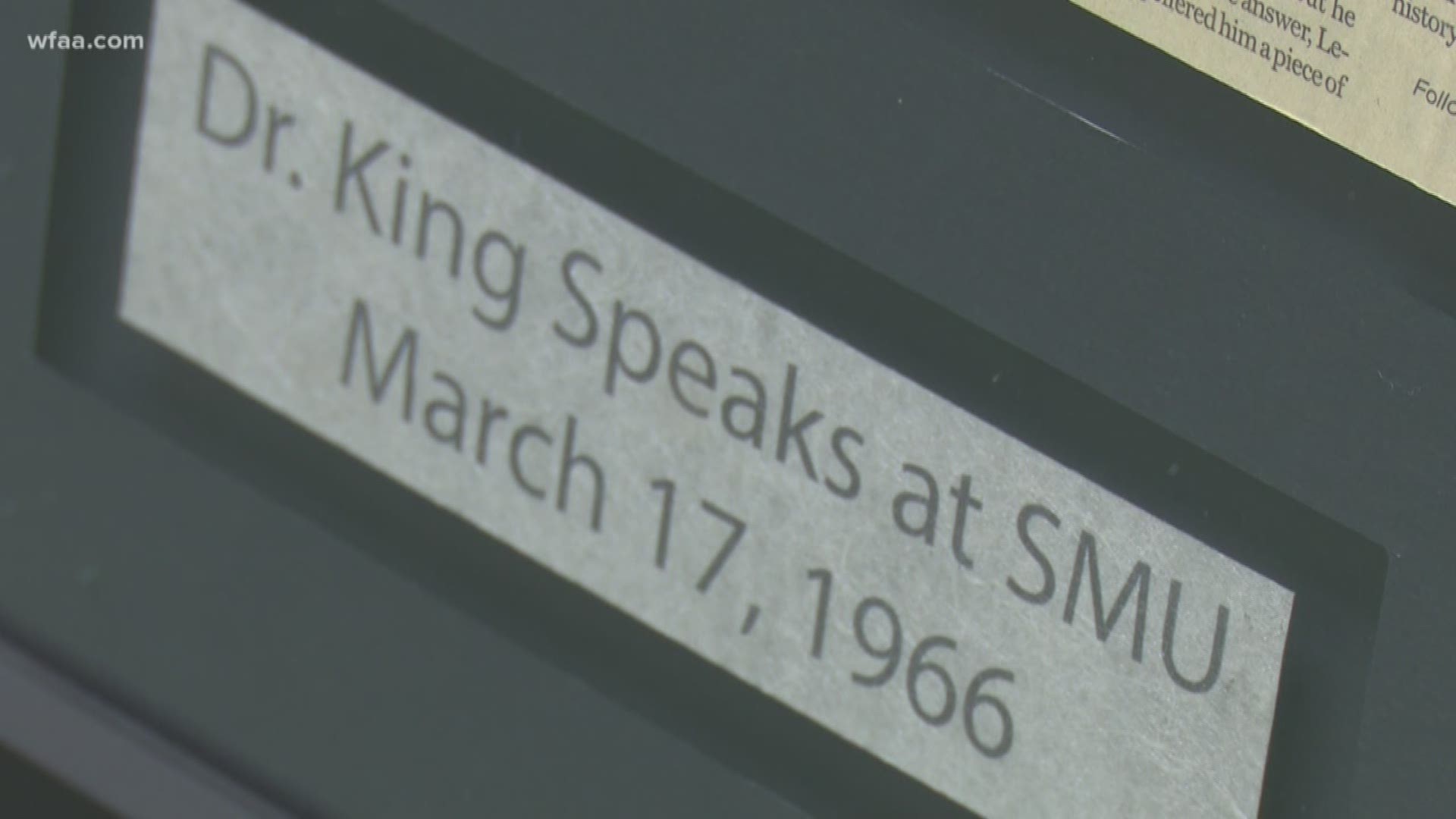 At the Martin Luther King, Jr Community Center in South Dallas, Emma Rodgers can tell you all about the landmark dates and milestones of the civil rights movement. But when it comes to Dr. King himself and the attitudes towards him, there are personal stories and tales that remain clouded even for her.

“It is hard to know what is fact, fiction, or folklore,” said Rodgers, the curator at the Dallas Civil Rights Museum.

Indeed, King’s legacy is now cemented with statues, monuments, and sites bearing his name all over the country. But the reverence did not happen right away.

The doctor’s relationship with the city of Dallas is an example of how the historical views of King have changed in the 50 years since his assassination.

“I heard that ministers were opposed to him coming (to Dallas,)” Rodgers said. “But he came anyway.”

The student council at Southern Methodist University invited King to speak in 1966. Three years earlier, King paid a visit to Fair Park just months before his “I Have a Dream” speech.

“I think Dallas has made some significant moves in integration and I think it is encouraging these have taken place,” said King to a WFAA reporter covering his visit. But he warned the city still had progress to be made. Evidence came in the form of the protestors opposing King and integration who greeted him at Fair Park.

“I think Dallas has made a start and there is a challenge to keep moving because there is much to do.”

Four days after King’s death, the Dallas City Council voted to observe a one minute moment of silence at 9:30am the following morning. But two years later, the council declined to approve a more permanent honoring of King with some council members saying the council should not be used for such matters.

Eventually, Dallas embraced King’s legacy with the renaming of the Crossroads Community Center to the MLK Jr. Community Center in 1975. The street it sits on, Forest Avenue, was changed to MLK Jr. Boulevard in 1982.