Dallas police officer Amber Guyger fatally shot Jean in September, saying she mistook his apartment for her own. 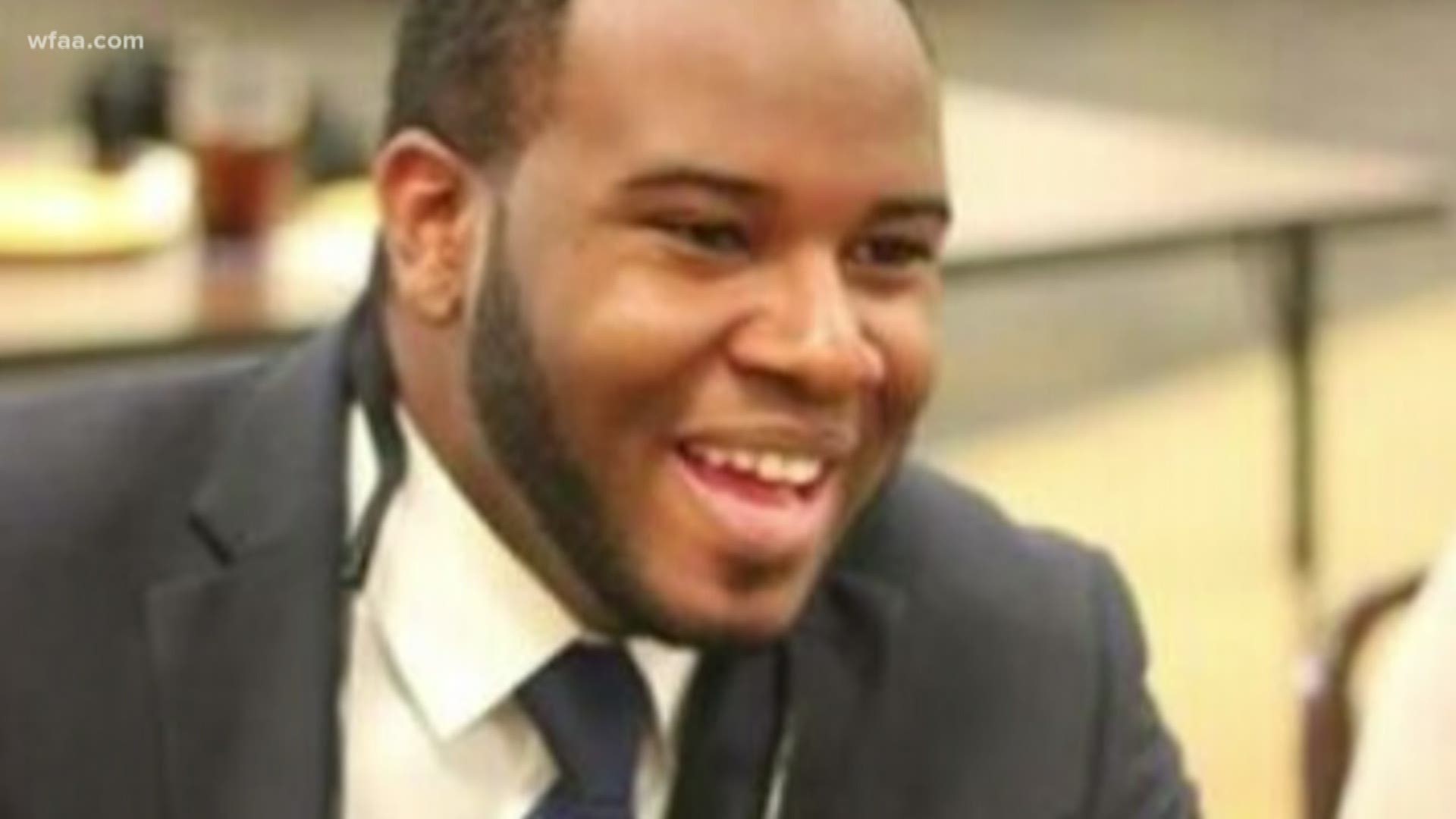 The family of Botham Jean has filed a federal lawsuit against the Dallas police officer who fatally shot Jean in his own apartment in September, according to court records.

The City of Dallas was also named in the lawsuit, which was filed Friday. The 28-page suit accused Guyger of excessive force, "resulting in the wrongful death" of Jean. It also said Police Chief Renee Hall "failed to implement and enforce such policies...that respected Jean's constitutional rights."

Jean was fatally shot in September by Dallas police officer Amber Guyger, who said she mistook Jean's apartment for her own.

Guyger was charged with manslaughter in the case, which is still pending. She was later fired from the police department.

The lawsuit laid out a lengthy narrative of the incident, alleging that Guyger "unlawfully shot and killed Jean without any warning, although she was not in imminent danger and when less deadly alternatives were available."

the DPD to 'shoot first and ask questions later,' Defendant Guyger would have not shot Jean," the lawsuit said.

Jean's family attorney Daryl Washington said, "We know that this police officer had a history, a long history of issues that were ignored by Dallas Police Department."

"It's incumbent upon the City of Dallas, in particular, the Dallas Police Department to institute policies that will prevent this kind if thing from happening," Lee Merritt, one of Jean's family attorney, said.

The lawsuit accused the Dallas Police Department of having a "pattern, practice, history and custom" of using excessive force against minorities and providing adequate training to Guyger.

Chief Hall "should have known that the training provided to Officer Guyger was inadequate or nonexistent," the lawsuit said.

The lawsuit – which was filed on behalf of the Jean family by attorneys Daryl Washington, Lee Merritt and Benjamin Crump – is seeking wrongful death damages, along with punitive damages against Guyger.