'We are doing something good' | Non-profit urges Gov. Abbott to reconsider order that stops migrant transports 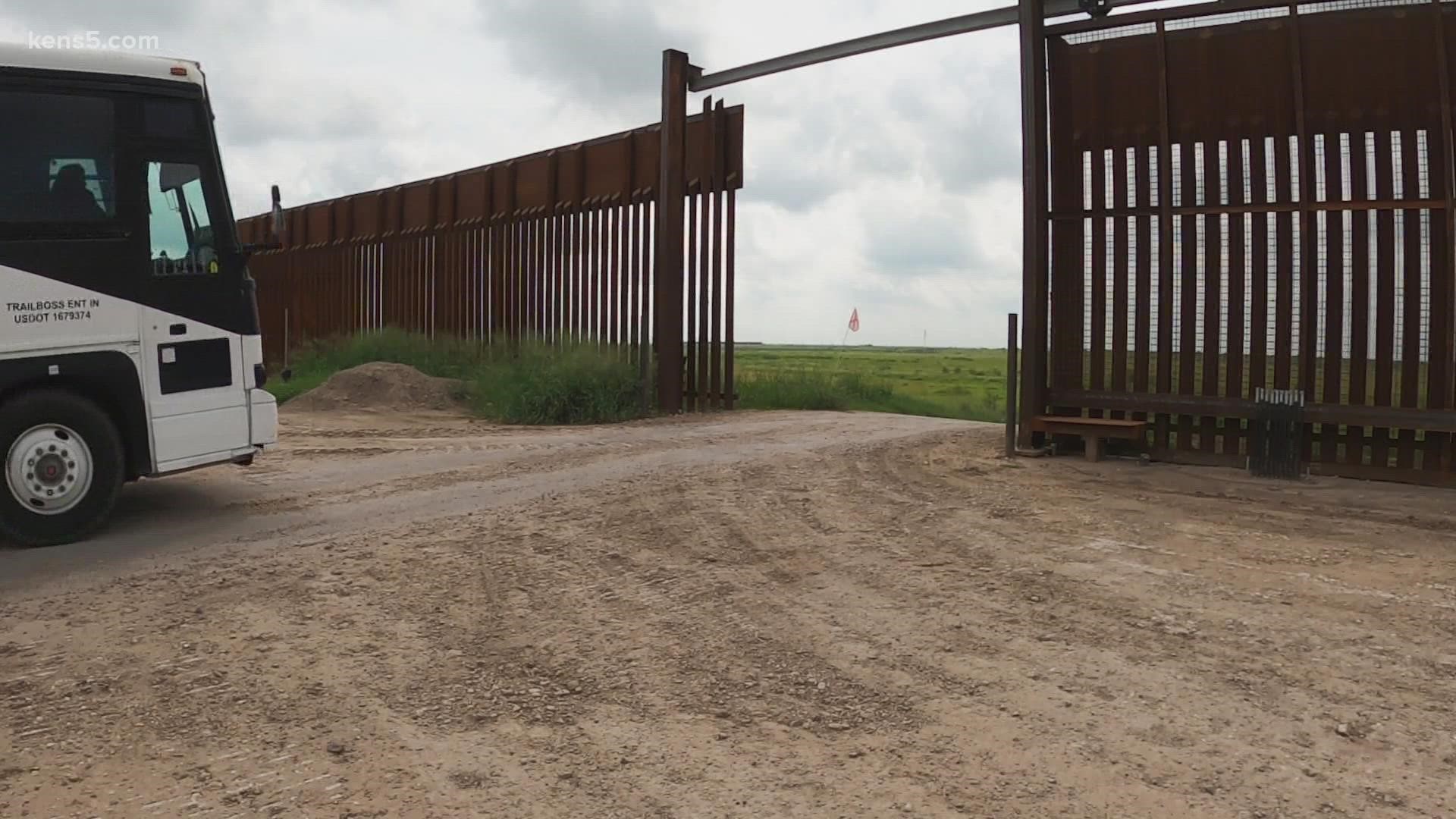 Garland threatened legal action “to ensure that Texas does not interfere with the functions of the federal government.”

The order issued by the Governor or Wednesday, states no one, “other than a federal, state, or local law-enforcement official, shall provide ground transportation to a group of migrants who have been detained by CBP for crossing the border illegally or who would have been subject to expulsion under the Title 42 order.”

“It does not solve the problem, it just really makes it worse,” Sister Norma Pimentel said. Pimentel is the Executive Director of Catholic Charities in the Rio Grande Valley and runs a migrant respite center in downtown McAllen.

Border Patrol drops off migrants at Sister Norma’s respite center in downtown McAllen, releasing them into the country and her care.

“We were trying to help, work with the community to make it right. And this just stops it all,” she said. “I cannot take somebody to the doctor, you know, somebody sick. We're not going to be able to do that. Somebody that needs to go to a hotel because they are COVID positive. And we want to isolate them and make sure that they're safe and they're away from the community exposing everybody else. They want to hold my hands and tie them up and say, ‘You can't help them anymore.’”

Governor Abbott’s order was issued after a Tuesday news conference in La Joya, a city 17 miles from McAllen.

La Joya police said a hotel in the city has been rented out for migrants and one family seen eating out told a police officer they were living there and were sick with COVID-19.

Governor Abbott’s order directs the Texas Department of Public Safety (DPS) to stop, “any vehicle upon reasonable suspicion of a violation” and to reroute the vehicle back to its point of origin, point of entry or impound it if the people don’t comply.

DPS wasn’t able to provide an interview or any details on how the agency would determine which car to pull over based on Governor’s executive order. The department sent a statement: “The Texas Department of Public Safety (DPS) is committed to securing our border under the direction of Governor Greg Abbott and through the Executive Orders applicable to DPS. While the department does not discuss operational specifics, we will continue to monitor the situation at the border to make real-time decisions and adjust operations as necessary.”

Sister Norma said she met with DPS leadership in McAllen and asked how the order could be enforced.

“He'll have an agent stop outside of our door so that anyone that comes out there will follow if we transport them anywhere.” Sister Norma said.

Governor Abbott was not available to speak to KENS 5, but he did provide a response to Garland Thursday evening, accusing the Biden administration of having "directly caused the unprecedented crisis Texas is facing."

“I don't think we need to create something that will create chaos and problems that and not give us an opportunity to do things right,” Sister Norma said. “I wish truly that our leaders reconsider their actions.”

“The Biden administration continues to push illegal immigrants into temporary housing across the United States while a global pandemic continues, risking the lives of Texans, and many Americans,” the statement said. “The administration is putting illegal immigrants in small towns and communities across the southwest leaving local officials to manage the fallout from the Biden crisis. I fully support Gov. Abbott’s decision to put Texans safety first and fight the spread of COVID.”

“This certainly can cause confusion down there,” said Congressman Henry Cuellar, a Democrat from Laredo. “He talks about ground transportation. He talks about Greyhound or vans that transport people from the valley. That can stop NGOs from doing their work.”

“I’ve told the Administration, ‘if you guys don’t take charge of the border, you’re going to empower local and state governments to take charge,’” Cuellar added. “The federal government should be taking a position on this.”

In the 24 hours since Governor Abbott issued his order, it received a lot of criticism in the press and on social media.

“I don’t see that [order] as racist,” Cuellar said. “It’s a method that’s going to disrupt NGO transporting people. Do I agree with that? No, but I don’t see this as racist.”

Greyhound transports migrants from the Rio Grande Valley to their destinations in the United States. In response to KENS 5’s request for comment, the company said, “Greyhound complies with all federal and state laws.”

KENS 5 reached out to Texas Senator John Cornyn. His staff emailed back saying they’ll check if the Senator was available.