Ken Paxton visited Del Rio Tuesday, and said he hopes the president does the "right thing," which is protect citizens of border counties. 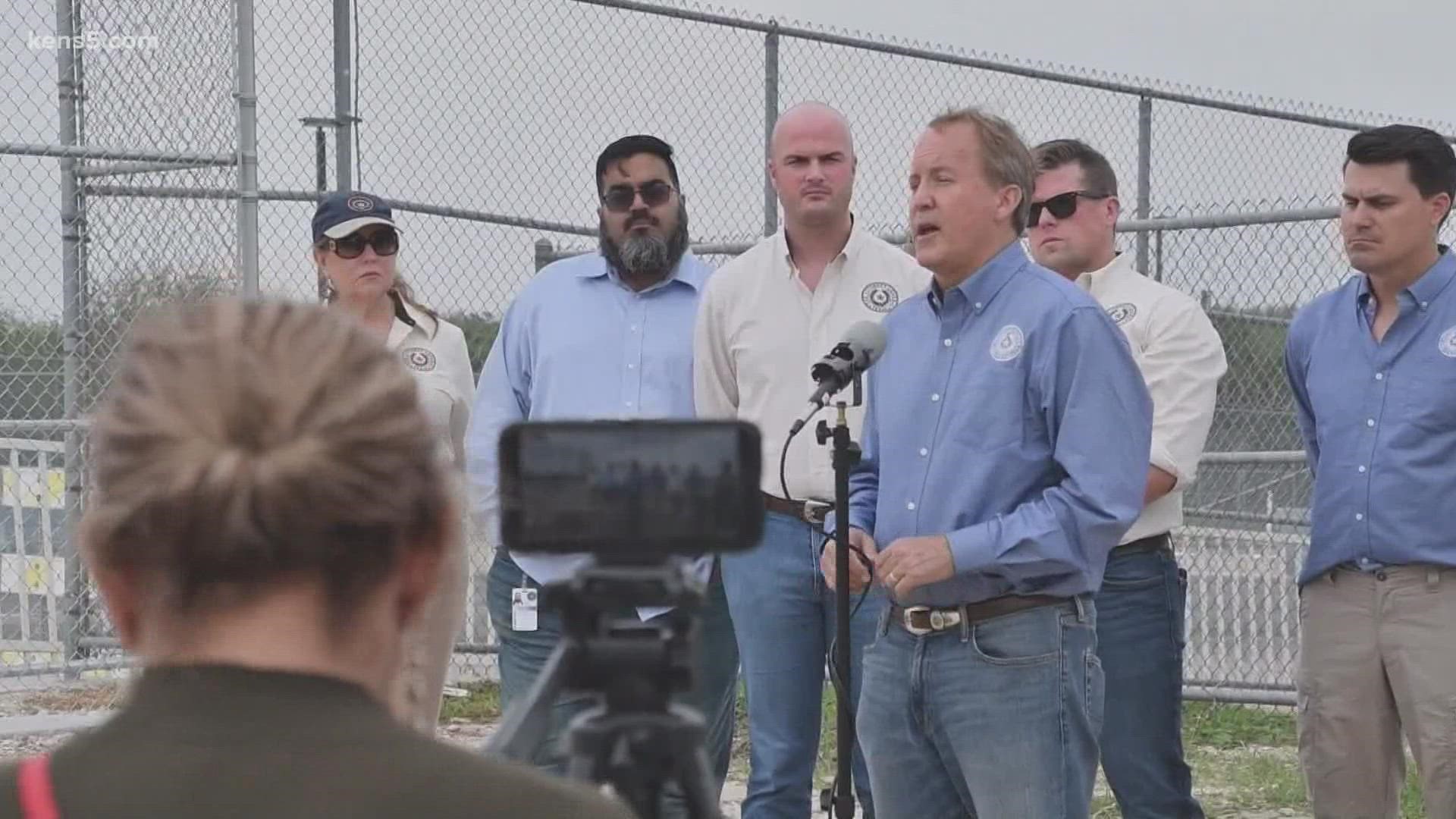 DEL RIO, Texas — Texas Attorney General Ken Paxton was in Del Rio Tuesday talking to local leaders and landowners about the surge in migrants and the impact the influx is having on the border community.

“We're having three to four bailouts every day where we spend most of our time chasing immigrants through our town,” said Uvalde Mayor Don McLaughlin.

McLaughlin on Tuesday explained how he says the migrant surge has created havoc in his rural town, about 70 miles from the border.

“We were having four to five high-speed chases today coming through Uvalde anywhere from 100 to 135 miles an hour,” said McLaughlin.

McLaughlin said in addition to bailouts near schools and high-speed chases, law enforcement is finding hundreds of migrants stowing away on trains.

“This goes on every day, seven days a week in Uvalde,” said McLaughlin.

But no one knows better how the crisis at the border can impact a small community.

“What we witnessed here three four weeks ago, nothing like that has ever been seen,” said Val Verde County Sheriff Joe Frank Martinez.

Martinez is referring to the record number of migrants who gathered under the Del Rio International Bridge.  DPS officials said the number reached close to 17,000.

Martinez had a warning for other counties along the border.

“I think so few people understand what people down here have to deal with, and I'm one of them. I don't get to be here every day,” Paxton added.

During his visit, Paxton said he wants to bring attention to what’s happening in these rural border communities. He said he’s filed six lawsuits against the Biden administration over border issues.

“We've been successful on those. We're still not getting action by them,” said Paxton.

Paxton said the federal government has ignored court orders, and today he had a new message for President Joe Biden.

“We're going to push towards getting some accountability. You're going to see other lawsuits coming from us to try to force the administration to do the right thing, which is merely protect our citizens," said Paxton.

It’s still unclear if the threat of more legal action will reach the Biden administration, but Paxton said while they wait for a response, the cartels will continue doing business.

“The only people benefiting right now (are) the cartels, and they are benefiting in a big way,” said Paxton.  “And we're not going to put up with it in Texas.”