Gov. Greg Abbott orders border ports of entry shut down, but the federal government says there’s no such plan

Abbott’s announcement comes as thousands of migrants — mostly from Haiti — have gathered under an international bridge in Del Rio. 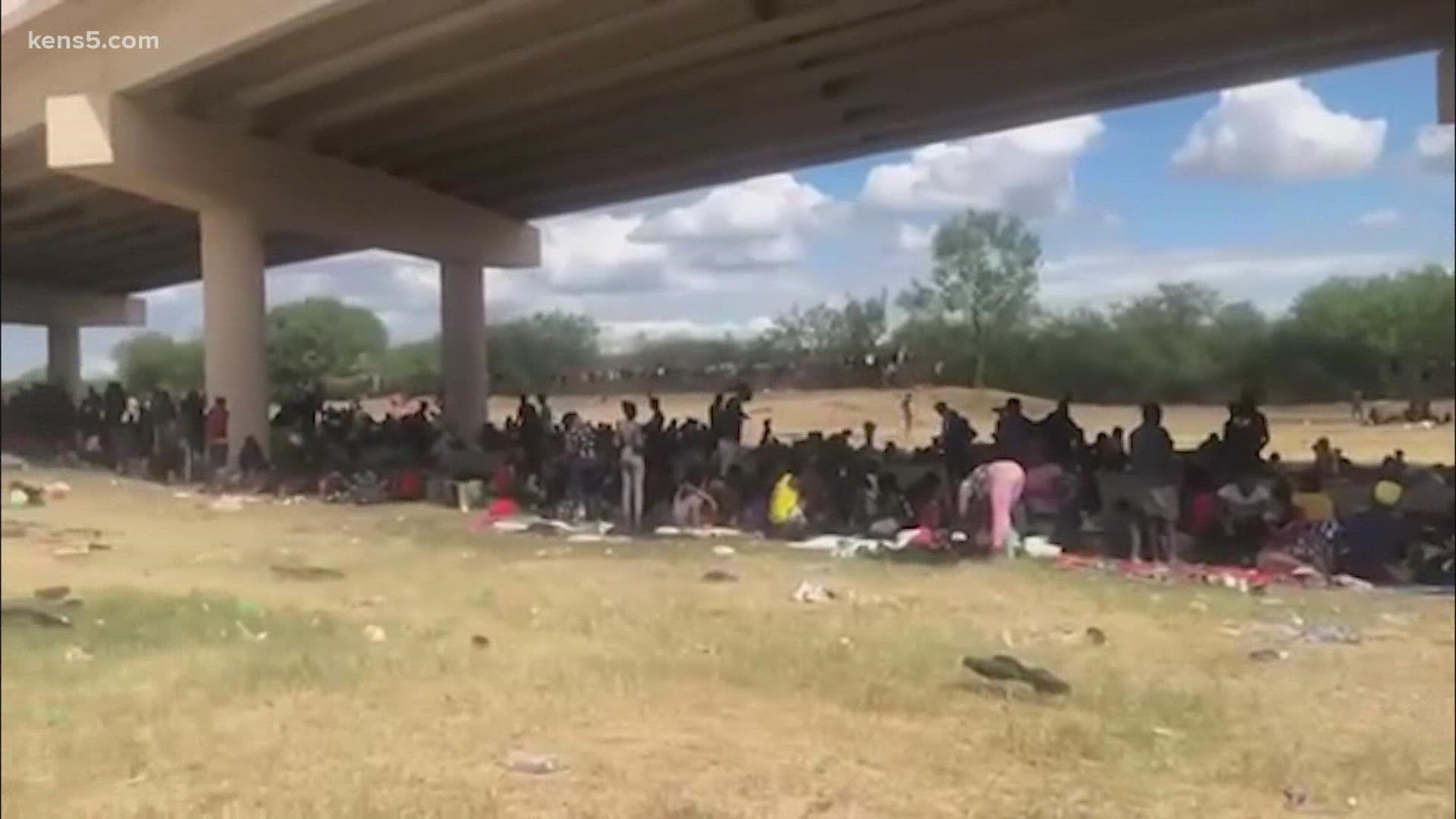 DEL RIO, Texas — Gov. Greg Abbott said Thursday that he has directed state troopers and the Texas National Guard “to shut down six points of entry along the southern border” at the request of U.S. Customs and Border Protection.

But a CBP spokesperson said the federal government — which operates ports of entry at the U.S.-Mexico border — has no plans to shut down any ports of entry.

“I have directed the Department of Public Safety and the Texas National Guard to surge personnel and vehicles to shut down six points of entry along the southern border to stop these [migrant] caravans from overrunning our state,” Abbott said in an emailed statement. “The border crisis is so dire that the U.S. Customs and Border Protection is requesting our help as their agents are overwhelmed by the chaos.”

Renae Eze, Abbott’s spokesperson, added that the state “is shutting down the ports of entry at the request of and in collaboration with CBP.”

Dennis Smith, the CBP spokesperson, said the agency has received no directive from the federal government to shut down ports of entry.

“I couldn't comment on anything the governor said, I don't have any information on that,” Smith said.

The Department of Public Safety didn’t respond to a request for comment about Abbott’s directive.

Abbott’s announcement comes as thousands of asylum-seeking migrants — most of them from Haiti — are waiting under an international bridge in Del Rio, to be processed to enter the country, according to Val Verde County Sheriff Joe Frank Martinez.

Though Del Rio has seen a sharp rise in migrant apprehensions this year, the sheriff said people have been arriving in unusually high numbers in recent days. On Saturday, he said, there were 2,500 migrants waiting under the port of entry bridge. By Thursday morning, that number had grown to about 8,400, he said.

Martinez estimated about 70% of the migrants were from Haiti, which has been struck by two recent tragedies: the assassination of the country’s president in July, followed by a 7.2 magnitude earthquake in August that destroyed thousands of homes.

The migrants seeking to turn themselves in are being sent to wait under the bridge and are given a ticket to mark their turn to be processed, Martinez said.

“Border Patrol is overwhelmed,” he said. “They just can’t process them fast enough, so there’s a backlog of these individuals underneath the bridge. They’re not detained, they’re just gathered there waiting their turn to get processed.”

In August, federal agents recorded 5,196 encounters with Haitians in the Del Rio sector, a 25% increase from the previous month, according to the latest U.S. Customs and Border Protection statistics.

“The Border Patrol is increasing its manpower in the Del Rio Sector and coordinating efforts within [the Department of Homeland Security] and other relevant federal, state and local partners to immediately address the current level of migrant encounters and to facilitate a safe, humane and orderly process,” Smith said in an emailed statement. “To prevent injuries from heat-related illness, the shaded area underneath Del Rio International Bridge is serving as a temporary staging site while migrants wait to be taken into USBP custody.”

Governor Greg Abbott today issued a statement after the Biden Administration reversed their decision to close ports of entry after an influx of migrants arrived at the Texas border:

"Six hours after U.S. Customs and Border Protection requested help from Texas to close ports of entry and secure the border, the Biden Administration has now flip-flopped to a different strategy that abandons border security and instead makes it easier for people to cross illegally and for cartels to exploit the border. The Biden Administration is in complete disarray and is handling the border crisis as badly as the evacuation from Afghanistan. I have directed the Texas Department of Public Safety and the Texas National Guard to maintain their presence at and around ports of entry to deter crossings."