Refugee Outreach Collective works with colleges and professors to provide education to those displaced from their homes. 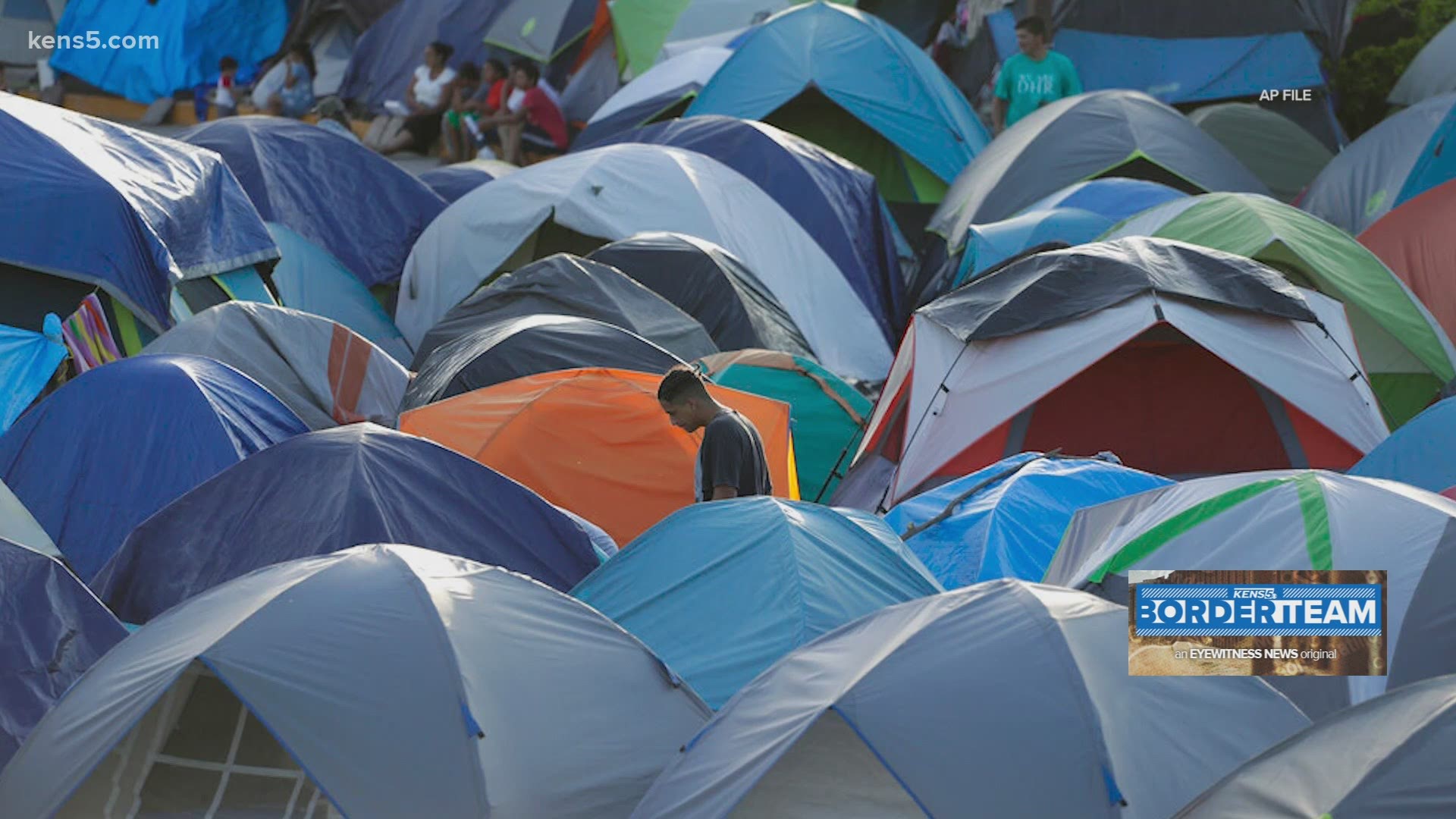 BROWNSVILLE, Texas — When COVID-19 pushed college classes online, students and teachers lamented they were missing out on instruction and experiences.

Prakash Adhikari, associate professor of political science at Central Michigan University, located north of Lancing, admits he was one of those people.

“I was the last person to go online, because, to me, teaching has to be interactive, face to face,” Adhikari told KENS 5 in a Zoom interview. “That's where you get the most out of the experience of teaching.”

But while COVID-19 forced the issue for Adhikari’s traditional students, it opened his classroom to people who wouldn't normally have access to his class—asylum-seekers in Matamoros, Mexico, who’d been living on the other side of the border from Brownsville, Texas, waiting for their U.S. court date.

“This class that they take with me is international relations, and they're topics during the course of the semester when we talk about war and peace,” Adhikari said. “When they learn about these theoretical concepts or the mechanism that causes war and that leads to displacement, they're thankful. I think they have a better understanding or a deeper understanding of the situation that they are in.”

Eight students in Adhikari’s class were asylum-seekers living in Matamoros at the time. They were from different countries, enrolled in the Migrant Protection Protocols, or MPP, a Trump-era program that forced asylum-seekers to wait for their U.S. court date in Mexico.

They were able to sign up for Adhikari’s class, thousands of miles away in Michigan, because of the vision of many people who wanted to expand education access to individuals being displaced from their homes.

Around 2016, Emily Worline was 18 and just wrapped up her freshman year in college, when she was invited to visit a refugee camp in Greece.

“It was one of those shocking things. You know, once you see a camp, you're like, ‘I can't believe we're allowing this to continue,’” she said. “Refugee camps should not exist. I'm like, ‘Oh, my gosh. Like something has to be done.' And what little part can I do to not at least just sit around? I couldn't imagine sitting around and doing nothing after seeing that.”

Worline said this is how a conglomerate of student organizations started.

“We were all just a group of college students that wanted to do advocacy work and organize various efforts to support people and connect with people who have experience or are currently experiencing forced displacement. Really just like trying to stay positive and think of, like, what can we do as just college students?”

Worline, now 23, with the title of founder and president of the Refugee Outreach Collective, said the organization is now in seven schools. It hopes to add an eighth next year.

Worline said the organization works on the premise that refugee camps should not exist. It offers online tutoring to students who have recently resettled, a woman entrepreneurship program, and the global classroom initiative that started in the Dzaleka refugee camp in Malawi, Africa, before expanding to Matamoros this year.

Partnering with professors like Adhikari, Refugee Outreach Collective has offered a sustainable agriculture class in Dzaleka and international relations course there, as well as in Matamoros.

“For many, this is their first time attending a college course,” Worline said. “This can also give them theory and other frameworks to understand the situations that they're going through on the ground.”

Worline said by the time she saw what was happening in Matamoros, she’d visited a number of refugee camps around the world.

She went to the Texas-Mexico border to see for herself and met Felicia Rangel-Samponaro, one of the directors of the Sidewalk School for Asylum Seekers.

“We are actually a rapid-response organization, which means we feed people, we house people, we give clothing, blankets, tents, sleeping bags, selfcare care kits, mosquito netting, lights, kids, sunscreen, food. We actually do everything,” Rangel-Samponaro said. “We also take care of the medical aspects as well for the children and for the parents. And after all that, we are school.”

The Sidewalk School also hires asylum-seekers to teach the kids. Rangel-Samponaro connected her employees to Worline and her online course through a school in Michigan.

The students who took the course just graduated, the Matamoros camp has been emptied out in early 2021 after the Biden Administration allowed asylum seekers with active MPP cases to process into the United States.

Lisbel, from Cuba, is one of the students in Adhikari's class. She enrolled while living in Matamoros as part of MPP and graduated, living in the United States.

“We wouldn’t have the opportunity in this great country, enrolling in a university and receiving these types of lessons,” she said in Spanish. “Honestly, you learn despite being a video call on Zoom.”

Rangel-Samponaro and other advocates say new camps have sprung up in places like Reynosa and others, where the U.S. is expelling migrants under Title 42, a Centers for Disease Control and Prevention rule former President Donald Trump started using and which the Biden Administration kept in place. It allows U.S. Customs and Border Protection to expel migrants to prevent the spread of COVID-19.

Rangel-Samponaro and the Sidewalk School continue to work in Reynosa and other cities in Mexico where displaced people are living.

Worline plans to offer another class this summer, working with the Sidewalk School to find the next group of students. Worline said they’d been approved for 30 students to join a class offered by a professor at another university about humanitarianism in theory and practice.

“We'll talk about, like, the humanitarian complex and how that impacts their lives in very real ways on the ground,” she said. “Also giving them frameworks to understand what they're going through and in a new and different way.”

Eventually, Worline said, she’d want to offer an associate’s degree the graduates can use.

“We want to make this a very legitimate educational experience,” she said. “In order to do that, we are working to connect with as many professors as possible who would be interested in this collaborative experience, because it's not just benefiting the people who are experiencing displacement, it's also benefiting the students who are attending class next to the border."

“They had never actually taken the time to think about refugees,” Adhikari added, referring to these students. “They just thought these were numbers. They really, literally didn't have any idea what they looked like. They found out they're just human beings living on the other side of the world, many of them said, 'This was a life-changing experience. This is going to stay with us for the rest of our lives.'"

After teaching in Malawi and Matamoros, Adhikari said he wanted to continue being a part of this program and offering displaced people a road to better opportunities.

“I very strongly believe that education can help the individual overcome the suffering, the hurdles, the obstacles that they confront in their life,” Adhikari said.