Immigration advocates: US Border Patrol 'lies' to migrants about whether they're being expelled

A migrant shelter director in Tijuana told an advocacy group the shelter had been receiving many Central American families who thought they arrived in California. 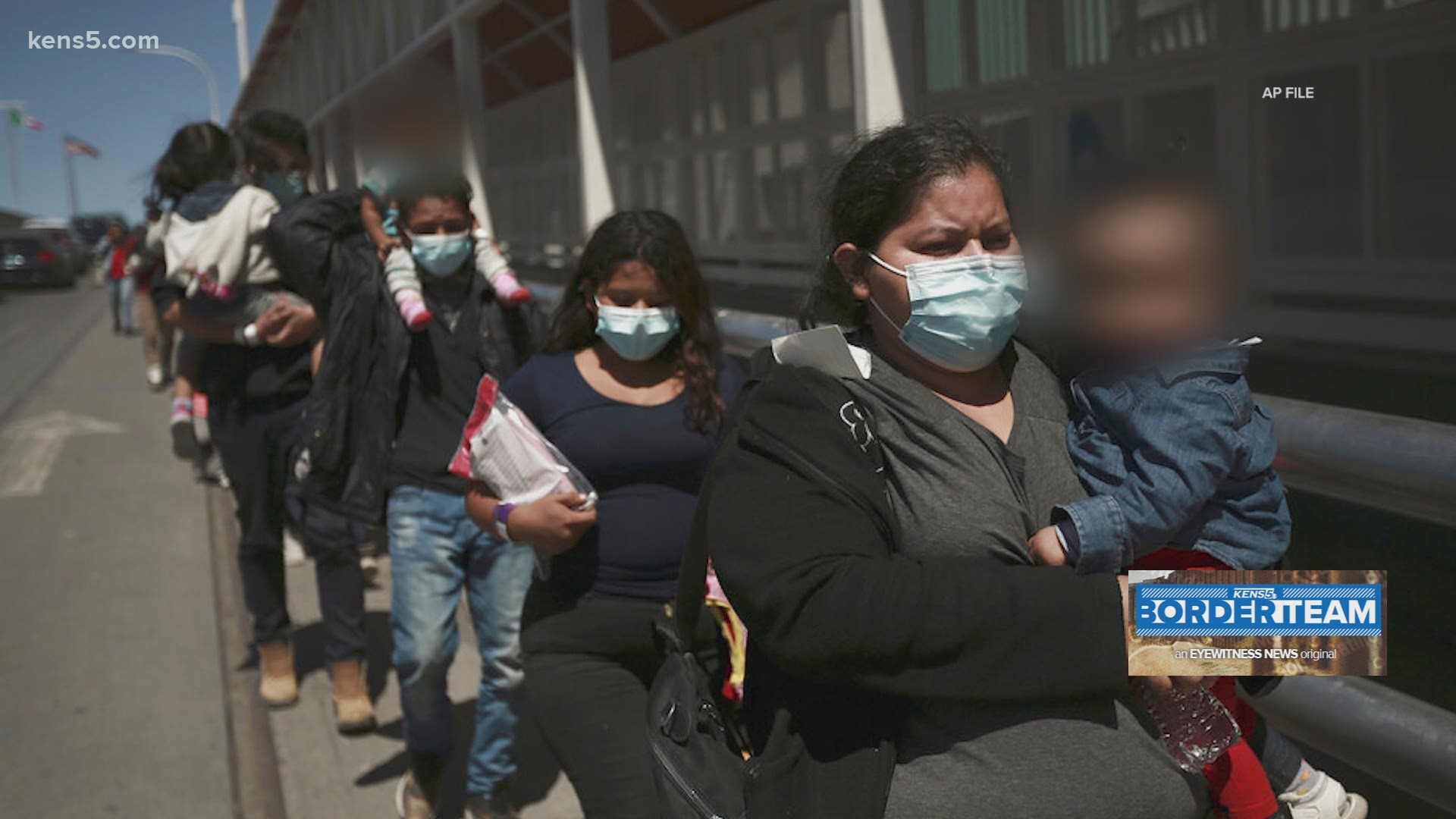 BROWNSVILLE, Texas — Two human rights organizations tell KENS 5 that U.S. Border Patrol lies to or misleads migrants about whether they’re being expelled from the United States.

Gaby, who’s originally from Honduras, told the KENS 5 team this recently happened to her. KENS 5 is only using Gaby’s first name to protect her identity.

Gaby said she’s asked the United States for asylum twice. Once, almost two years ago, when she first crossed the border. Back then, Gaby said she was placed in the Remain in Mexico Program, or the Migrant Protection Protocols (MPP), which forced people like Gaby to wait for their U.S. court date in Mexico.

Recently, Gaby said she and her 6-year-old crossed the Rio Grande again. They were detained and held at Border Patrol’s Donna holding facility.

“There were about three or four officers,” Gaby told KENS5, “I asked them, what was happening. Why were we there? Where are we going? Are we going to be deported? And a man, very nice but serious, (said), ‘Nobody is being deported, who told you that? If I wanted to deport you, you wouldn’t be here, because I am the law. I decide if you leave or stay and you’re here. You’re being taken to San Diego, California. A judge will see you there. Pray to God that you’re lucky and that they let you in.’”

But Gaby said she never saw a judge in California. Instead, she says, she was flown to San Diego and then put on a bus.

It was until she saw signage for currency exchange facilities, which only exist on the border, that she knew something else was happening

“I didn't get a good feeling. Further down, (a sign) said, 'Welcome to Tijuana Port of Entry.' And then the wall. I cried, I cried, and I said, ‘Oh my God, they’re going to send us to Tijuana.'"

Gaby is not the only migrant with this experience, according to Dylan Corbett, an immigration advocate and the executive director of the Hope Border Institute in El Paso, an organization that works on immigration issues and policies, among many other things.

“We have a right to information that affects us personally,” Corbett said. “We received testimonies from migrants. They were told they were going to places like Houston right up until the moment that they were walked over the bridge. And so, you can imagine the confusion that they had when they found that they were in a place like Ciudad Juarez, Mexico.”

“We've indicated regularly at different levels with the government about the fact that migrants were being misled when they were being expelled under this policy,” Corbett told KENS 5. “We brought it up to the local leadership at Border Patrol. We brought it up to the White House regularly in communication with Washington, D.C., with officials in the White House, and then also during the secretary of homeland security's recent visit here to El Paso. We brought this up as something that should be corrected.”

“We've heard from local Border Patrol and officials in Washington and the Department of Homeland Security that sometimes migrants have not been told in order to protect them,” Corbett said. “They don't want to put them into a panic on an airplane, because people are being flown to different parts of the border. They don't want to put them in a panic while they're on an airplane, which might endanger their health. That's approximates the best explanation that we've heard.”

KENS 5 reached out to CBP headquarters in D.C. as well as the El Paso-area office on Tuesday, May 18, originally planning to publish this story earlier, May 19. CBP in D.C. and the El Paso-area office referred us to the Department of Homeland Security, DHS. KENS 5 emailed DHS several times since May 18, held the story to give the agency time to provide answers to our questions, but as of May 25, we’ve not heard back.

After not having heard back from DHS, KENS 5 also reached out to the White House on May 25. As of this writing, we’ve not heard back. We’ll update the story if we receive any statements or information.

Human Rights First, an advocacy and action organization, published a report in May that talked about migrants being misled by the U.S. Border Patrol.

The organization sent KENS 5 an email with the following information.

"A migrant shelter director in Tijuana confirmed that since mid-March 2021, the shelter has been receiving dozens of disoriented Central American families each day, many of whom arrive believing they are in California.”

An American friend brought Gaby and her son from Tijuana back to Matamoros, across the border from Brownsville, where she’d been living, waiting for her U.S. court date.

She’s getting some legal help navigating her next immigration steps.