Should Bonnie and Clyde be buried next to each other? Their descendants hope so

After the most-wanted criminals were shot to death in May 1934, Bonnie's grief-stricken mother had had enough and demanded Bonnie be buried separately. 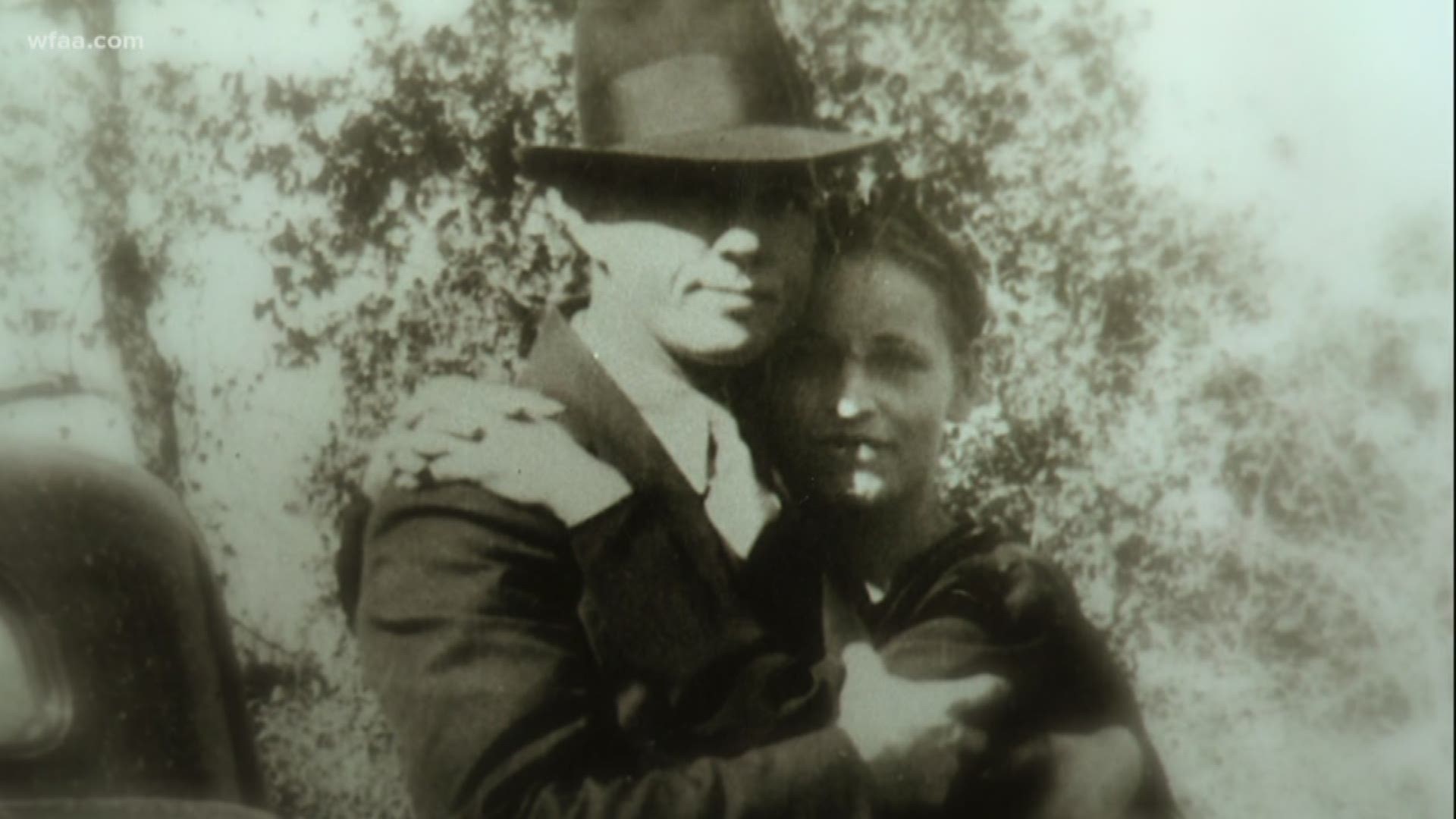 More than 84 years after Bonnie Parker and Clyde Barrow were shot and killed in rural Louisiana, then buried in separate Dallas cemeteries, their descendants are trying to reunite them in death.

“Their desire was to be buried side-by-side. I think that’s the way that it should be,” said Rhea Leen Linder, 84, Bonnie’s niece.

She is Parker’s last blood relative who now wants to relocate her aunt’s casket next to Clyde Barrow’s.

In the 1930s, the lovers were two of America’s most-wanted criminals, suspected of murder, bank robbery, burglary and more.

After they were shot to death in May 1934, Bonnie’s grief-stricken mother had had enough and demanded Bonnie be buried separately.

“I can’t blame my grandmother for saying no at the time," Linder said. "I think any parent would say no that was enough. But it’s been 84 years."

So, Bonnie is buried at Crown Hill Memorial Park near Love Field. Nine miles away, Clyde was laid to rest at Western Heights Cemetery in West Dallas.

“They made a spot next to Clyde for Bonnie back then. It’s still there,” said Buddy Barrow, 76, Clyde’s nephew. “You would be surprised how many times we are approached by those who ask why weren’t they buried together? Why can’t they be buried together?”

It’s what Bonnie wanted, her niece said, as she re-read a poem written by her outlaw aunt.

“Someday they will go down together," Linder said, reciting the poetry. "They will bury them side-by-side. To a few it means grief. To the law it’s a relief but it’s death to Bonnie and Clyde."

But when Linder went to Crown Hill Memorial Park, she discovered that relocating her aunt’s casket wasn’t as simple as she had hoped.

The owner of the cemetery near Love Field told WFAA he’s not necessarily opposed to the idea, or even for it, but he said the disinterment of a body is strictly a legal matter and it’s something Rhea Leen Linder will have to take to court.

For now, the plot next to Clyde Barrow’s in West Dallas remains unused.

“If Bonnie was there she would be in a historical cemetery next to history,” Buddy Barrow said. “Her name would be added to that marker just like the other [relatives] are.”

They are two of Dallas’ most infamous outlaws, a couple that captured the country, and later pop culture, and who remain separated in a love story looking for an ending.