She asked for a $5 footlong; mom had no idea she meant a dog

FRISCO - We've all heard about the $5 footlong, the popular Subway sandwich deal. Kelsey Johnston's mom didn't' think much about it when Johnston sent her the following text on Monday. 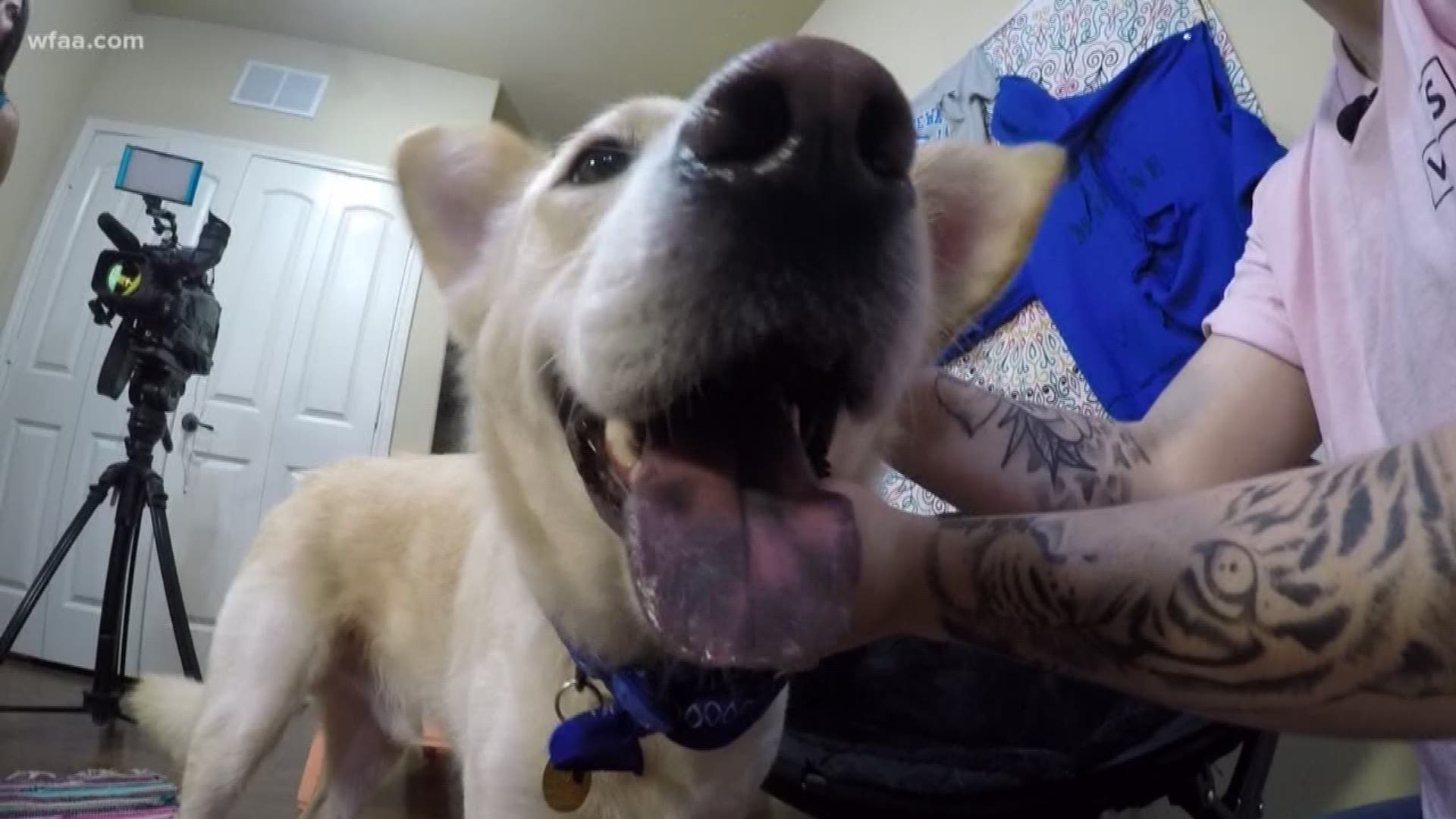 FRISCO — We've all heard about the $5 footlong, the popular Subway sandwich deal.

Kelsey Johnston's mom didn't' think much about it when her daughter sent her the following text on Monday.

Little did mom know that Johnston was talking about a deal this week at Dallas Animal Services.

Johnston couldn't resist. She went to the animal shelter and fell in love with Bentley, a 2-year-old golden retriever-husky mix.

Mom was shocked when Johnston came home with Bentley.

"She thought I was coming home with a sandwich not a dog," Johnston said. "There was a lot of anger. She was like, 'Are you kidding me? You've got a dog?'"

But Bentley can clearly melt any heart.

"She thought he was so cute," Johnson said. "She refuses to walk him, but she loves him."

You might say Bentley satisfied a different kind of hunger. Johnston just moved to Frisco, Texas from Maryland a few weeks ago. Her mom is moving in with her next month.

"Even if you have to tell your mom you're getting a sandwich," Johnston said.

Dallas Animal Services is running the $5 deal for an animal measuring one foot or larger until September 8. Adoptions are normally $45 and include spay/neuter, microchip, and current vaccinations.

Fees are waived for animals that have been up for adoption longer than 14 days.