The shooting happened about 3 a.m. Tuesday in an overflow parking lot for the XTC Cabaret in the 8500 block of North Stemmons Freeway. 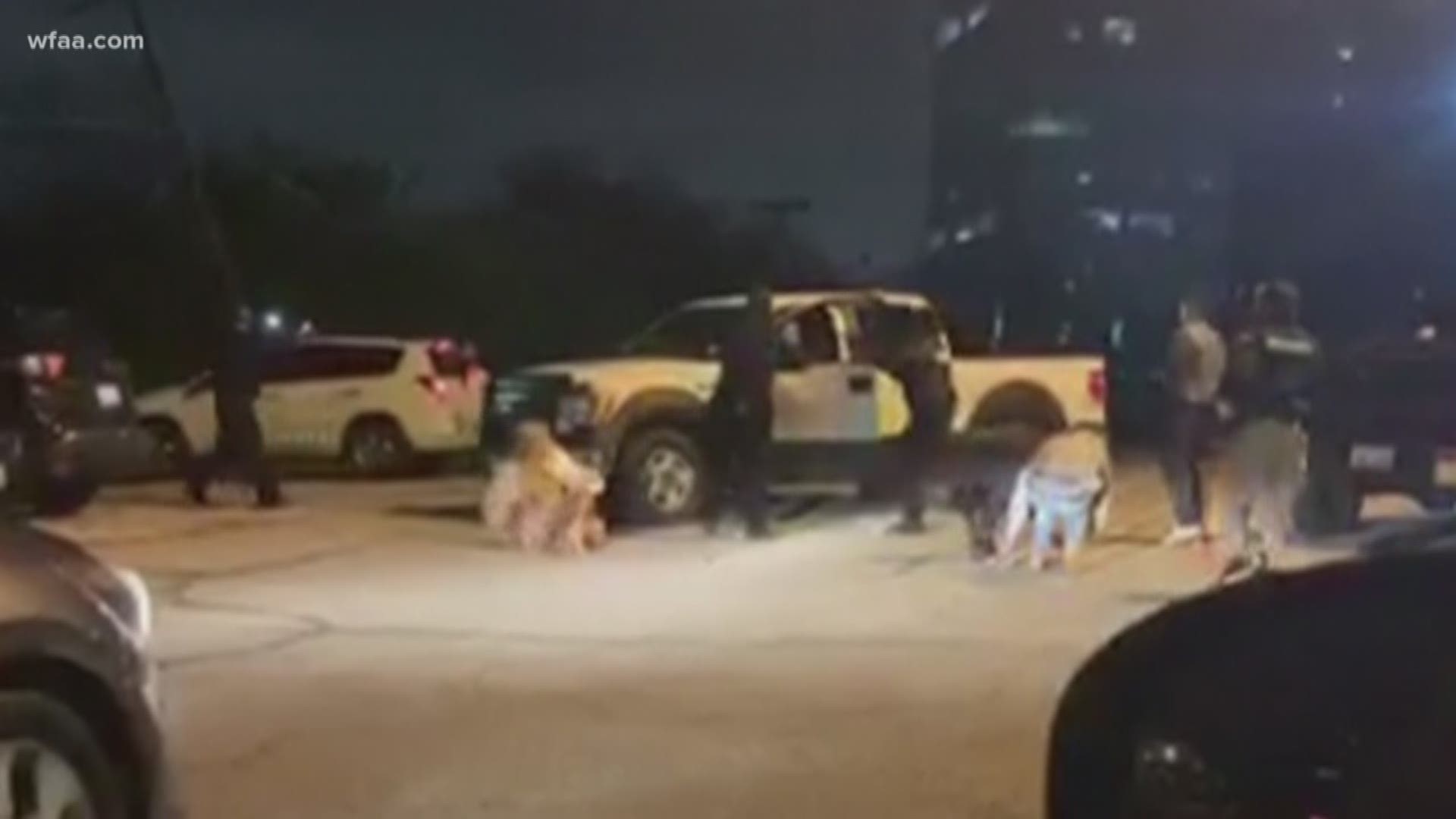 Two security guards at a Dallas nightclub face murder charges, accused of fatally shooting a 34-year-old man who was trying to leave the club parking lot after an altercation, police said.

The shooting happened about 3 a.m. Tuesday in an overflow parking lot behind XTC Cabaret in the 8500 block of North Stemmons Freeway. The victim, later identified as Jason Hill, 34, was trying to drive away from the parking lot following an altercation when several unarmed and armed security guards from the club intervened and tried to stop him, police said in a news release.

When Hill backed up and ignored their commands, the security guards, Daterrious Haggard, 25, and Eric Hansen, 27, fired their guns several times into his truck, striking him multiple times, police said.

Haggard and Hansen were taken to Dallas police headquarters, where they admitted to detectives that they fired their weapons at the victim, police said.

Detectives reviewed a video of the incident that was circulating on social media and spoke with other witnesses before arresting the security guards on murder charges.

In that video, which was broadcasted live on Facebook by a patron from the parking lot, showed a person lying on the ground unresponsive and Hill backing a pickup truck out of parking space as several security guards approached the truck.

Witnesses try to keep Hill from backing over the unresponsive person lying on the ground, but once he avoids that person and drives away, the gunfire starts.

More than 20 gunshots could be heard on the video.

According to a state database, both Hansen and Haggard are allowed to carry guns as security guards.

In court documents, Hansen told police that Hill's truck grazed him and that he opened fire when that happened.

But detectives point out that both continue to fire even when both guards are out of the truck's path and harms way.

Attorney Lee Merritt paid close attention to the video. Merritt is representing Jalen Bell, a veteran who was beaten last May at XTC by security guards.

Bell claims that guards discriminated against him and used racial slurs while they were beating and choking him.

Lee says that the guards involved in Bell's situation have been let go, but that he plans to file a federal suit for Bell on the heels of this incident and questions how the club oversees security.

"It was a completely needless murder that did not need to happen," Merritt said.

"You can't shoot up a car to prevent it from leaving. No matter who you are, it's murder."

According to online court records, Hill is no stranger to the law. He's been convicted of several drug charges dating back to 2005.

Anyone with more information about the shooting is asked to contact police detective Tonya McDaniel at 214-671-4236 or email at tonya.mcdaniel@dallascityhall.com.