The Catholic Diocese of Dallas is facing investigation of priests accused of sexual abuse. 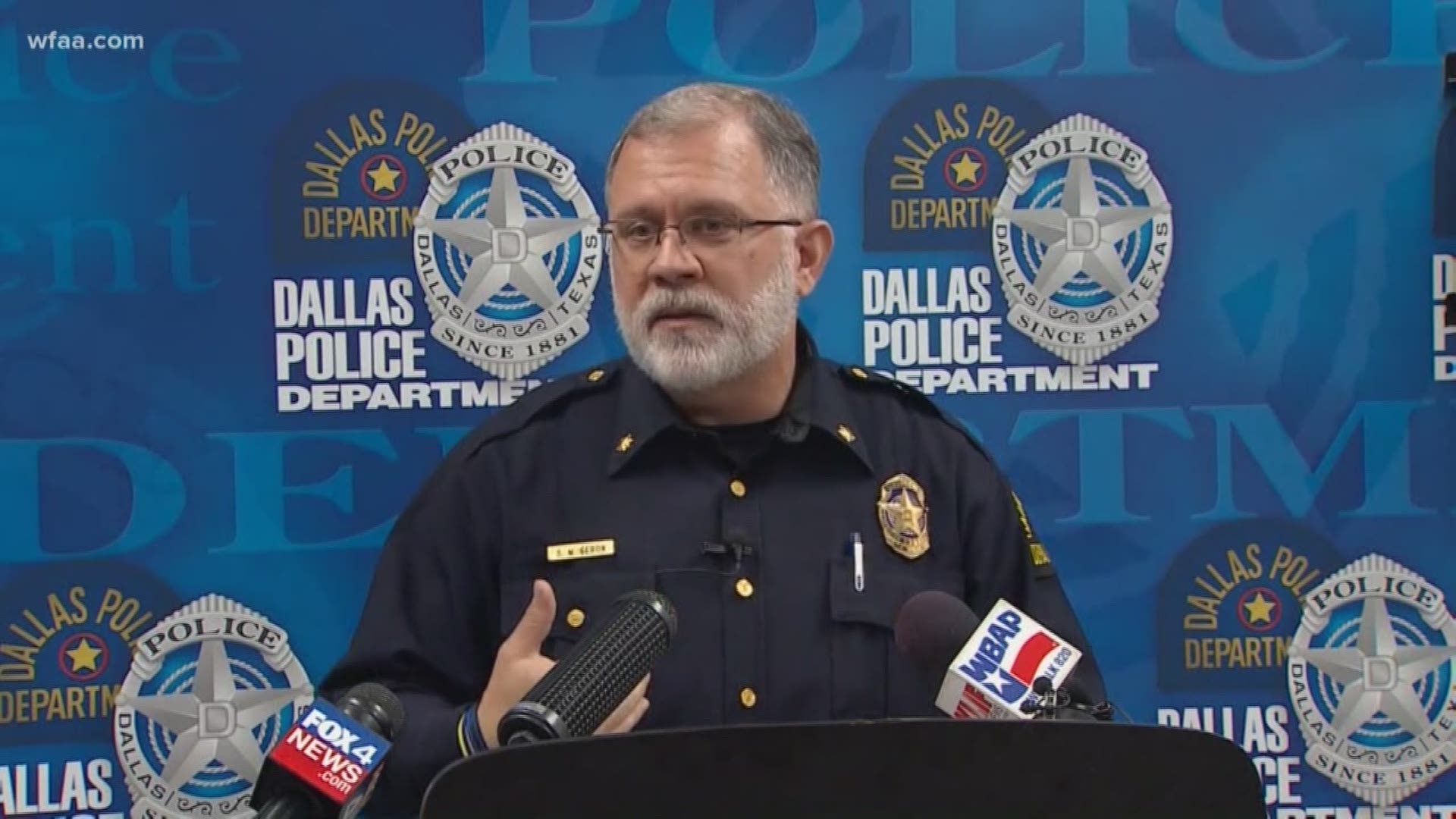 DALLAS — Dallas police are searching the Catholic Diocese of Dallas in connection with allegations that priests have sexually abused children.

A detective with the Dallas child exploitation unit believes the five men committed sexual abuse of a child, a second-degree felony, the search warrant says.

Paredes is the only priest to face a criminal charge.

Dallas Bishop Edward J. Burns is expected to speak to the media in a 3 p.m. news conference.

Investigators were executing a search warrant signed by a Dallas County judge Wednesday morning. Officers have been at the diocese since 7:30 a.m.

Officers are searching three locations, including the diocese, police officials said. They are also searching the St. Cecilia Catholic Church in Oak Cliff and a storage warehouse.

1 / 9
WFAA
May 15, 2019: Dallas police are searching the Catholic Diocese of Dallas in connection with allegations that priests have sexually abused children.

By 10:25 a.m., investigators had not walked out of the diocese with any evidence.

A spokeswoman for the Dallas diocese said that the organization is "cooperating."

"We've been talking with and working with police throughout the process," said Annette Gonzales Taylor, spokeswoman for the Catholic Diocese of Dallas. "We're obviously surprised by it this morning."

Maj. Max Geron said the search warrants were executed to get more evidence in connection with "new allegations that were made to us following the announcement of the charges against Mr. Paredes."

Police issued an arrest warrant for Paredes on Jan. 10 accusing the priest of sexual assault of a child.

Geron said investigators have been talking to the Catholic diocese since January.

He said the meetings could be characterized as "varying degrees of cooperation."

The church has faced harsh criticism for a lack of transparency in its handling of accusations that priests have sexually abused children.

The allegations have rocked the local Catholic community. The investigation comes more than 20 years after a Dallas priest was sentenced to life in prison for sexually abusing children.

Rudy Kos was convicted in 1998 of seven felony charges. It was the first time that evidence of abuse by a Catholic priest was presented in a U.S. courtroom.

Earlier in January, dioceses across Texas – including Dallas – released names of priests "credibly accused" of sexual abuse of minors over the last seven decades.

The search warrant details the instances of alleged sexual assault against boys and girls over several decades. But it's unclear how many victims there may be.

"I have no way of knowing the number of victims. I would highly encourage anyone who may have been a victim to contact us," Geron said.

Several officers loaded at least one box into an unmarked SUV. A marked Dallas patrol car was parked nearby. Police left the scene shortly before 11 a.m.

There’s a sign on the office door, announcing that the church is closed today.

According to the diocese, the allegations came from three adults, who said the criminal sexual acts occurred when they were in their mid teens, more than a decade ago.

In addition to the abuse allegations, the Diocese was also informed that theft had occurred at the parish while Paredes was pastor. Paredes has admitted to financial misconduct with certain parish funds, the Diocese said. The missing funds were an estimated $60,000-$80,000 in cash.

Officials also said that they have not been able to locate Paredes. He is from the Philippines and takes yearly trips there, said diocese spokeswoman Annette Gonzales Taylor.

Last week, Pope Francis issued a groundbreaking law that requires all Catholic priests and nuns to report clergy sexual abuse and cover-up by their superiors to church authorities.

The new church law also provides whistle-blower protections for anyone making a report.

Dallas police walked out with at least one small container around 10:45 a.m. at a warehouse in the 4600 block of West Ledbetter Drive in connection with the investigations of sexual abuse in the local Catholic community.

The detectives drove away in an unmarked police vehicle. A marked Dallas police SUV remained parked at the front entrance to the storage facility. 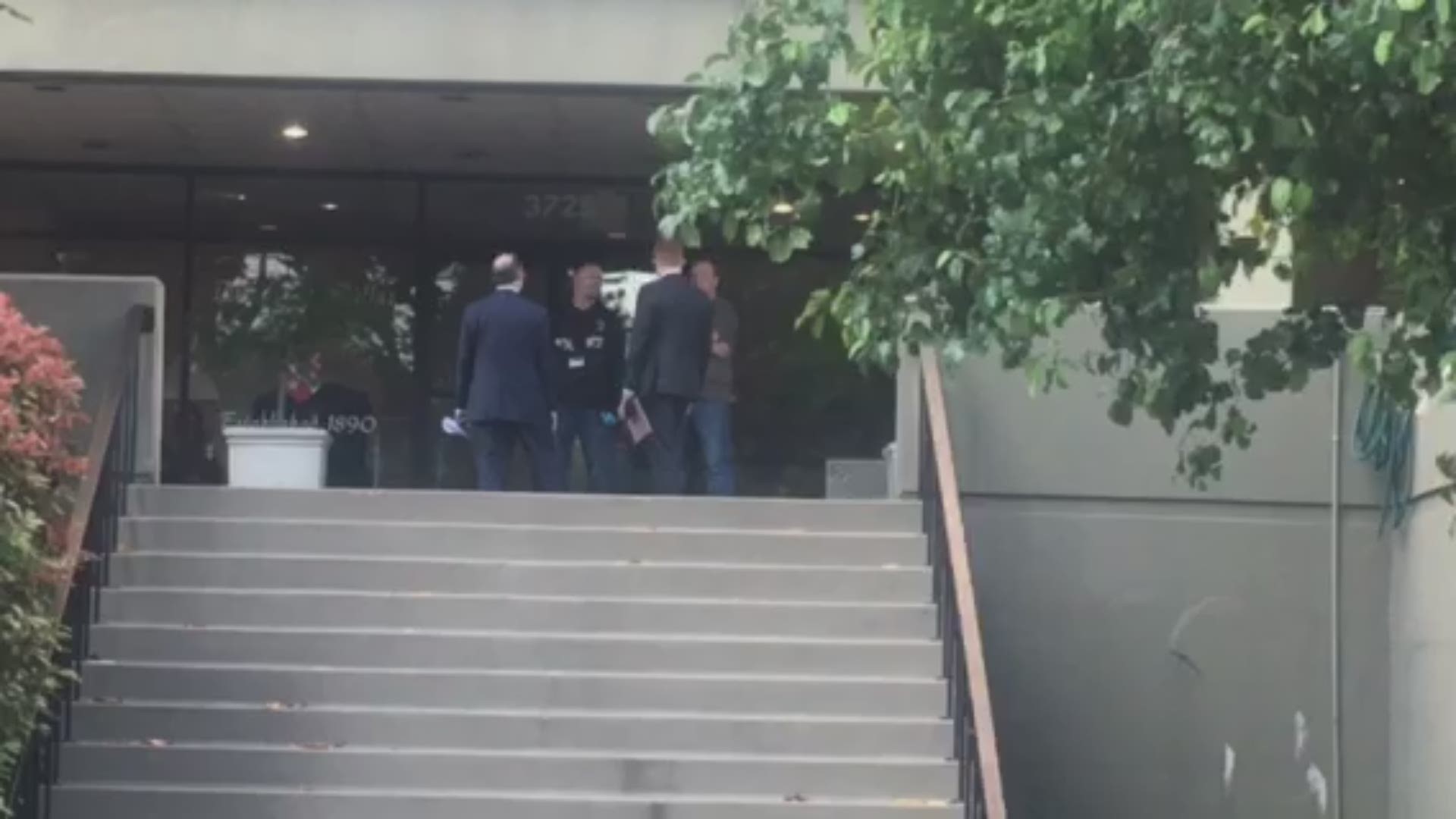 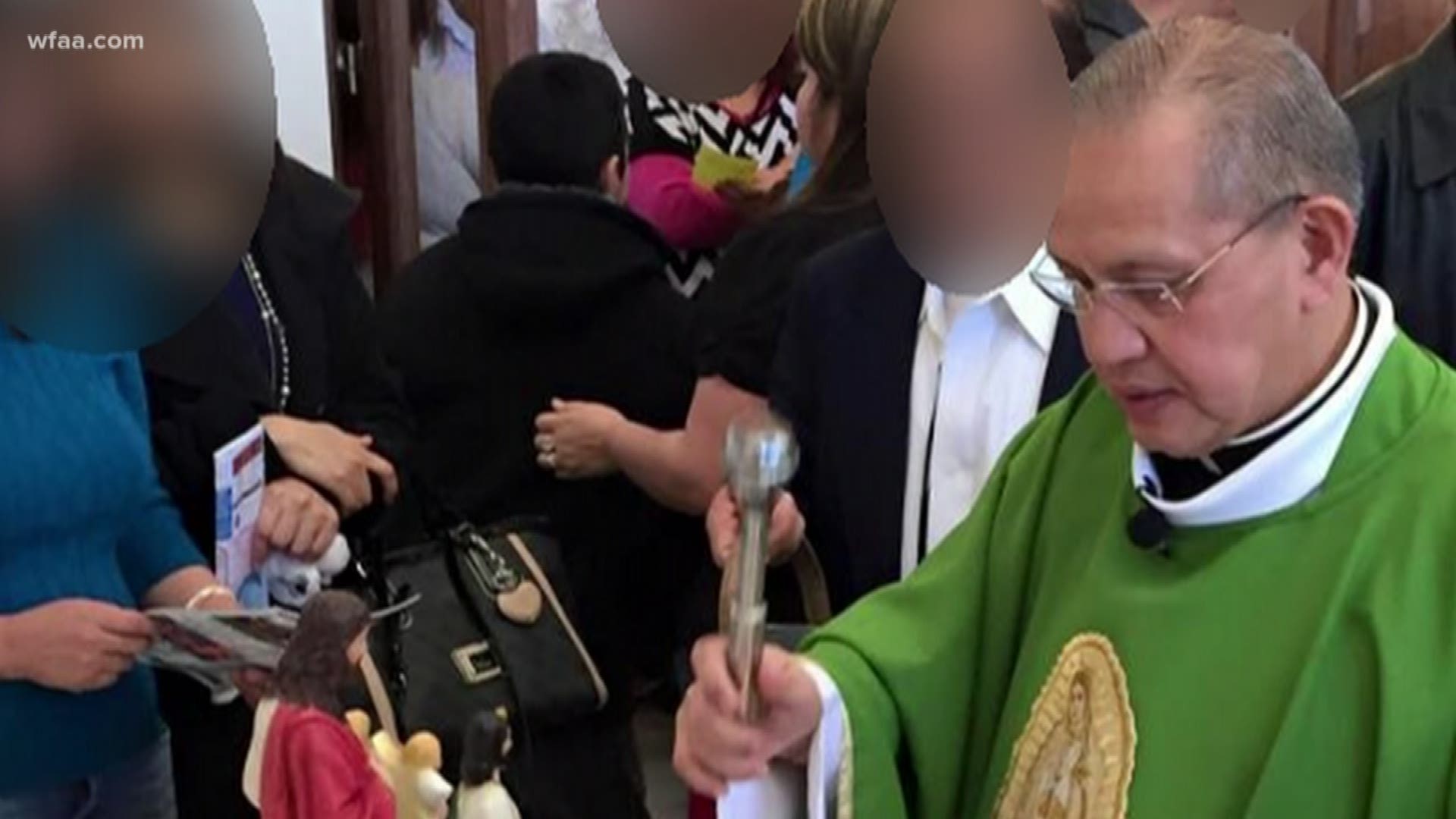