Since the school shooting in 1999 that killed 13 people, "morbid fascination" with the school has been increasing, according to the district. 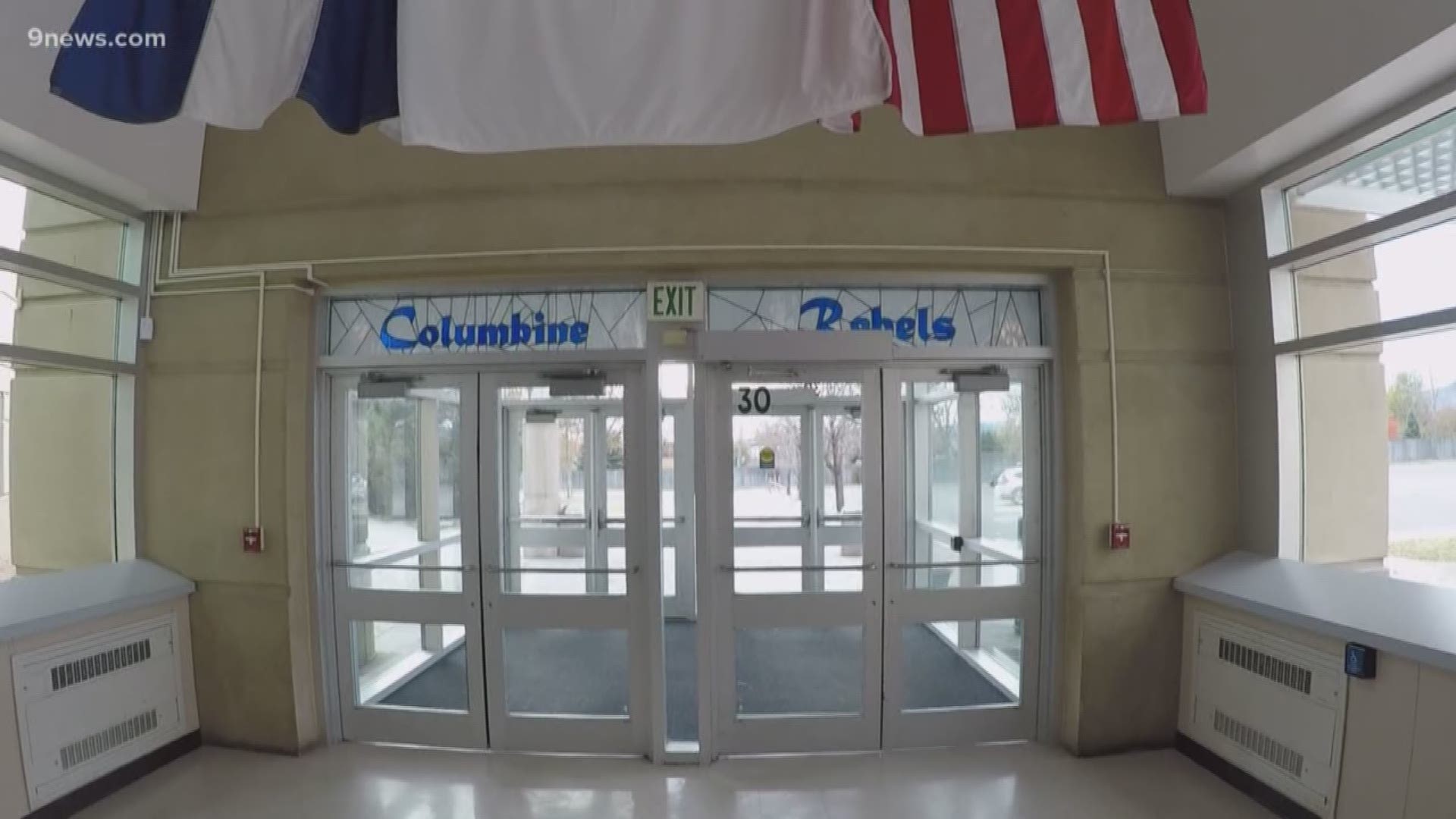 JEFFERSON COUNTY, Colorado — The Jefferson County School District is asking for feedback from community members about the possibility of tearing down Columbine High School and replacing it with a new building nearby, according to a letter sent to parents by the district superintendent.

"Columbine High School is one of the safest schools in the country because of what happened there in 1999 and the continued threats that we have," Superintendent Jason Glass said. "But, it’s also a source of this contagion across the country, so we’re asking the community, 'are we interested in replacing it and putting a new building there?'”

The Jeffco Public Schools Board of Education and administration are exploring the concept of asking voters for an additional $60-$70 million at the polls at some point in the future to fund the construction, the letter says.

John Nicoletti, a police psychologist who has helped victims of mass shootings around the world and was on the scene of the Columbine shooting, gave advice to the district in favor of tearing the building down.

“Once the edifice goes away, it loses its magic," Nicoletti said. "Nobody wants to come and find a name that doesn’t have any correlation with it."

He says tearing it down could have positive psychological implications, but rebuilding would also make the school safer.

Some of the ideas include demolishing the current building and replacing it with fields. They would keep the name, mascot and colors and possibly keep Hope Library and make it a cornerstone of the new building.

Retired Columbine principal Frank DeAngelis was on a plane traveling out of state when the letter was released Thursday, but he told 9NEWS by text that he supported the idea to tear down and rebuild Columbine.

The move comes in part due to the morbid curiosity that has surrounded the school since the deadly shooting there in 1999 that killed 12 students and a teacher, according to the letter.

"School shooters refer to and study the Columbine shooting as a macabre source of inspiration and motivation," the letter from Dr. Jason Glass says. "Perhaps influenced by the 20th anniversary of the shooting, over the past 11 months the number of people trying to enter the school illegally or otherwise trespassing on school property has been increasing – now to record levels." 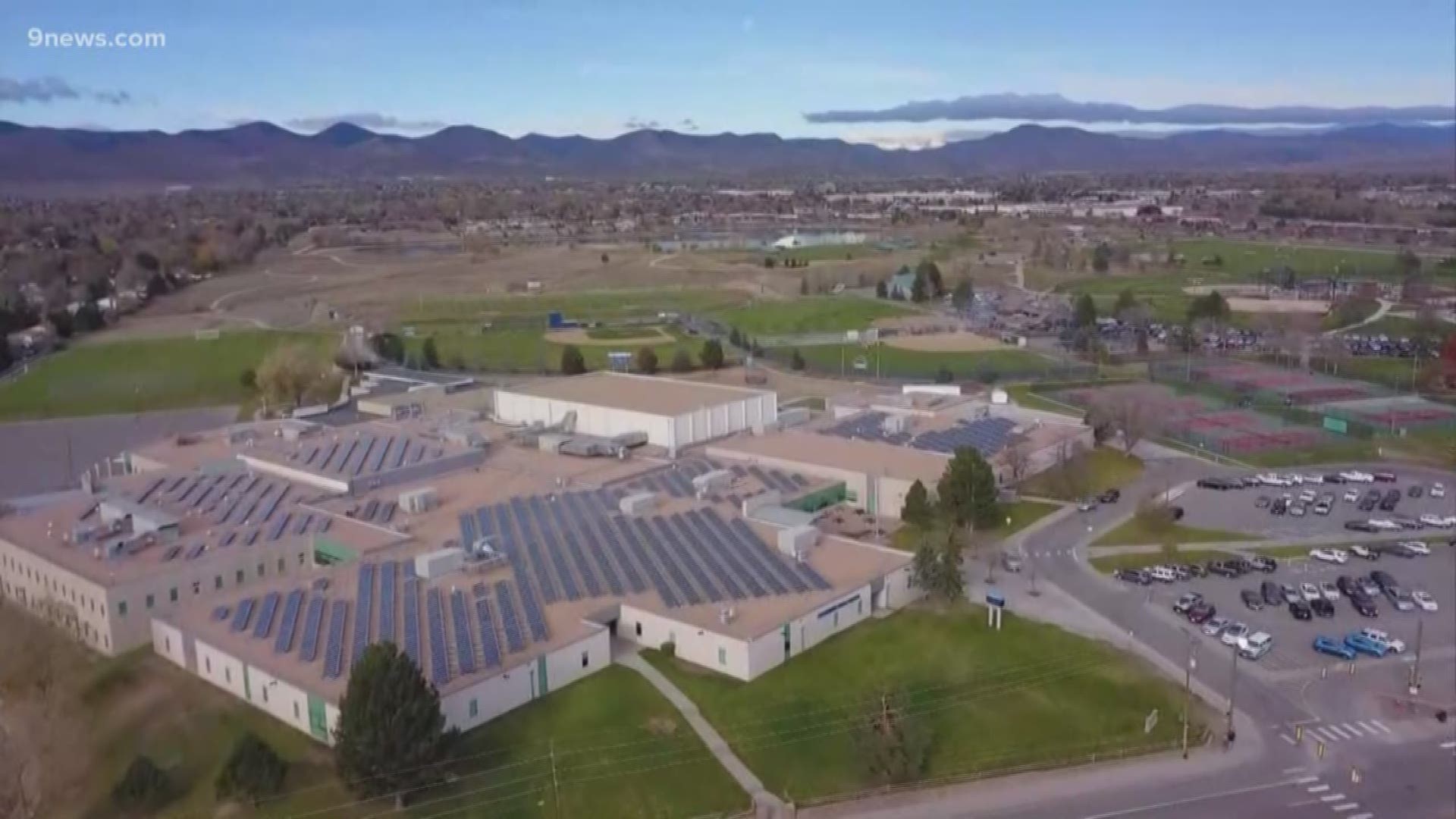 In 1999, no guidance existed on what to do with a building such as Columbine High School. Today school safety experts recommend tearing down buildings where school shootings take place, the letter says.

"It wasn't designed to handle the pressures that are put on it by this interest in Columbine that comes from around the world," Glass said.

The following are some conceptual ideas for the new school:

An expansion and renovation of the current high school was included as a part of the 5B Bond Program approved by voters in 2018 with an amount of $15 million designated for the school, according to the letter. That money could be considered as part of the new school construction or re-distributed to other schools across JeffCo for the purpose of enhanced safety features.

Glass said if the community says it's opposed to demolishing the school, he would be "happy" to withdraw the proposal.

If the community response is in favor of demolition, Glass said the school board would recommend putting it on the ballot in either 2019 or 2020.

For it to appear on the November 2019 election ballot, the school board would have to approve the ballot issues this summer. The school board would then have to enter into an intergovernmental agreement with the Jefferson County Clerk and Recorder to administer the election for the school district. That would need to be completed by Aug. 27, according to Jefferson County Clerk and Recorder George Stern.

Jeffco received more than 4,300 responses to its survey in the first full day after putting out the letter.