Saving children: One home makeover at a time

Five children, destined for foster care after surviving multiple motels and even a 10-by-12 foot storage shed as their only shelter, have a new home in Keller thanks to the Stepping Stones Foundation and an army of volunteers. 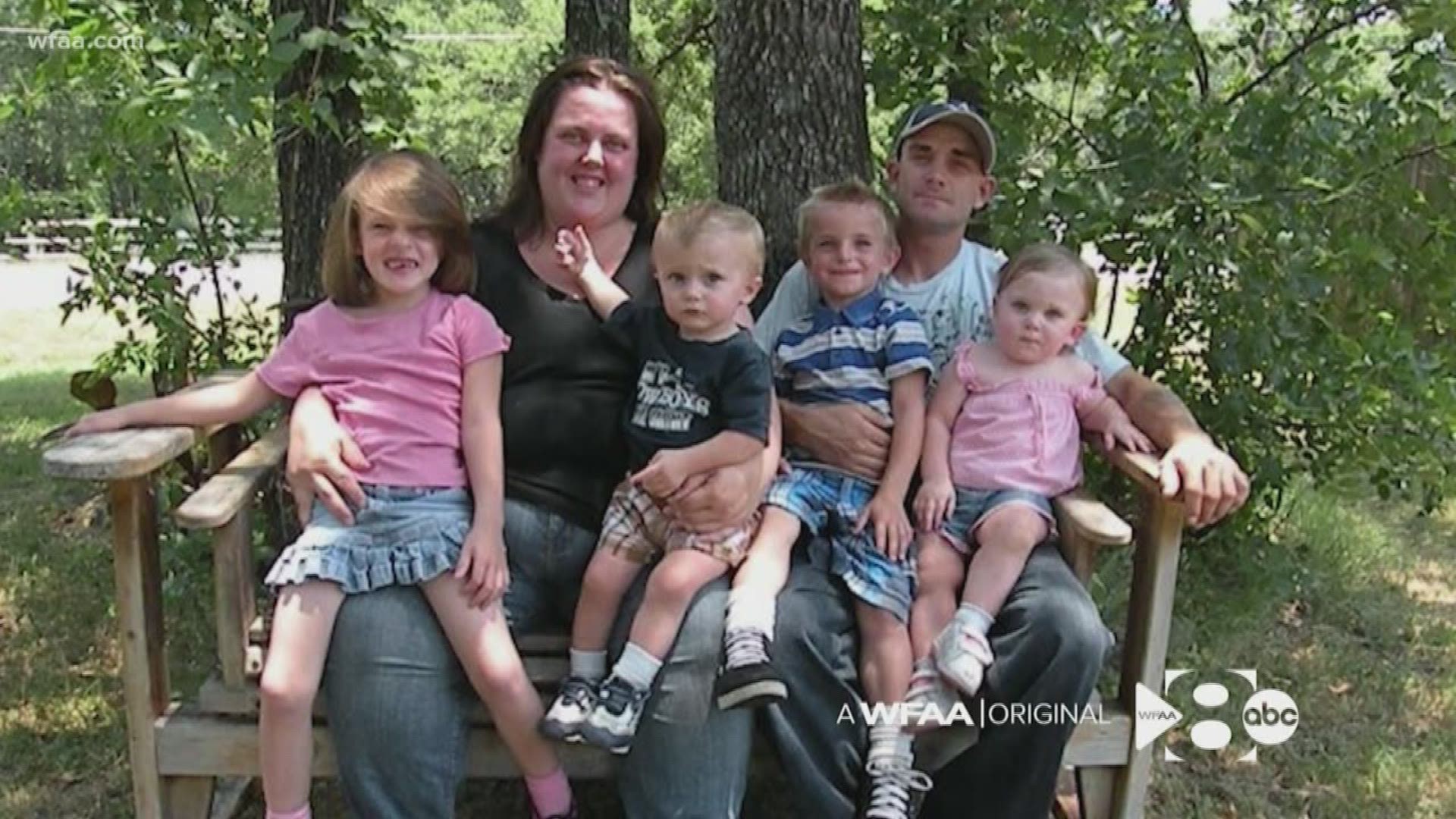 Five children, destined for foster care after surviving multiple motels and even a 10-by-12 foot storage shed as their only shelter, have a new home in Keller thanks to the Stepping Stones Foundation and an army of volunteers.

"They were homeless," Raven Stewart said of her sister, brother-in-law and their five children. "And there were some drugs involved," she said of the reason for the decline in the family's situation. "Drugs, homelessness, living in a storage shed. Seven people in one small shed with bags and bags of clothes. It's just crazy."

But when the dad went to jail and the mom was ruled unfit, Child Protective Services offered Raven a choice: send the kids to foster homes or take in her nieces and nephews on her own. The single 30-year-old store clerk said yes.

"They're better with their family, you know. They need me. So I can try at least," she said. But she wouldn't have to try completely alone.

Christina Bynum-Breaux with the Stepping Stones Foundation of Keller learned about the children from school counselors. They also learned that Raven's extended family had a run-down, abandoned home in Keller filled with neglect and debris. But they knew that it was a home that if gutted and rebuilt by a team of businesses, neighbors, and volunteers could be the home, and the fresh start, Raven and her new family would need.

"And it broke my heart. Because no children, no one should have to live in those conditions," Bynum-Breaux told WFAA during the non-stop one-week effort to renovate the home, the 18th such makeover by the Stepping Stones Foundation.

"When we step in, I look at that child and tell them we've got your back, for life, it gives them strength to know that you know what, I'm not alone. It's life-changing. We are not a band-aid."

So for a full week in late June, with hundreds donating their time, their labor, and their materials, each room began to take shape one piece and one good deed at a time.

"Why do we do it," Dale Brinkschroeder with the Floor Store of Keller said responding to a question, “it's what God commands us to do," he said as he and his crew installed new flooring throughout the house. "It is to take care of one another. It just brings joy to know this is a community that sticks together."

"People, as you've noticed, are like stepping over each other and it doesn't bother them," Bynum-Breaux said of the final flurry of activity to finish the home. "Because we're all in this for one reason: the children."

The volunteers include teenagers like Matthew Hendricks whose family, when they were in need, were helped with donations of food and clothing from Stepping Stones which also runs a resale boutique in Keller.

The Ruibal family, all seven of them, were also there helping in everything from room design, construction, painting, and outdoor landscaping. Brian and Melissa Ruibal have been active with Stepping Stones since its inception in 2009 and, led to serve in any way they can, have adopted three children so far.

"We go home to a bed every night. This will be the first time they had a bed," Brian Ruibal said of Raven Stewart's nieces and nephews. "We'll follow up. We'll help feed them. We'll mentor them and make sure they're on their way."

"This is a universal problem with kids," said Jill Brown, a school counselor with Keller ISD. "They’re either homeless, or they're not getting food. There are so many issues going on,” she said of families they direct toward Stepping Stones on a regular basis.

And on a Saturday evening, as promised, the house was ready for the big reveal. Each room had a personal or business sponsor. The dining room became a brightly colored study and playroom. The kitchen was completely remodeled. Raven got her own completely furnished room. The boys, Dylan and Andrew, got a sports-themed room to share. And the girls, Hailey, Lucy, and Amanda got their very first bedroom, a pink one, to call their own.

"I love this room," Amanda told me.

A brand new backyard playground was built for the children too, which is where they learned the pantry and the fridge back inside the house had been completely stocked too.

"You got a year's worth of pizza from Marco's Pizza," Bynum-Breaux told them.

Generosity, mostly from people she'd never even met until the day of the reveal, that left Raven searching for big enough words to say.

"They get to grow up here. It's an awesome thing. There's no way I could ever repay everything everyone's done for me. Mostly it's out of the goodness of their hearts. And that's awesome. It's crazy, but thank you is all I can say," she said.

And as they gathered for a backyard prayer, all of the volunteers pledged to keep helping this family and the next one whose struggle comes their way, by offering them a home and the first of many much better days.

Stepping Stones is a non-profit organization that focuses on "at-risk" and homeless children. Click here for more information visit.