The volunteers who help make those miracles happen are sometimes people in need of a miracle or two themselves. 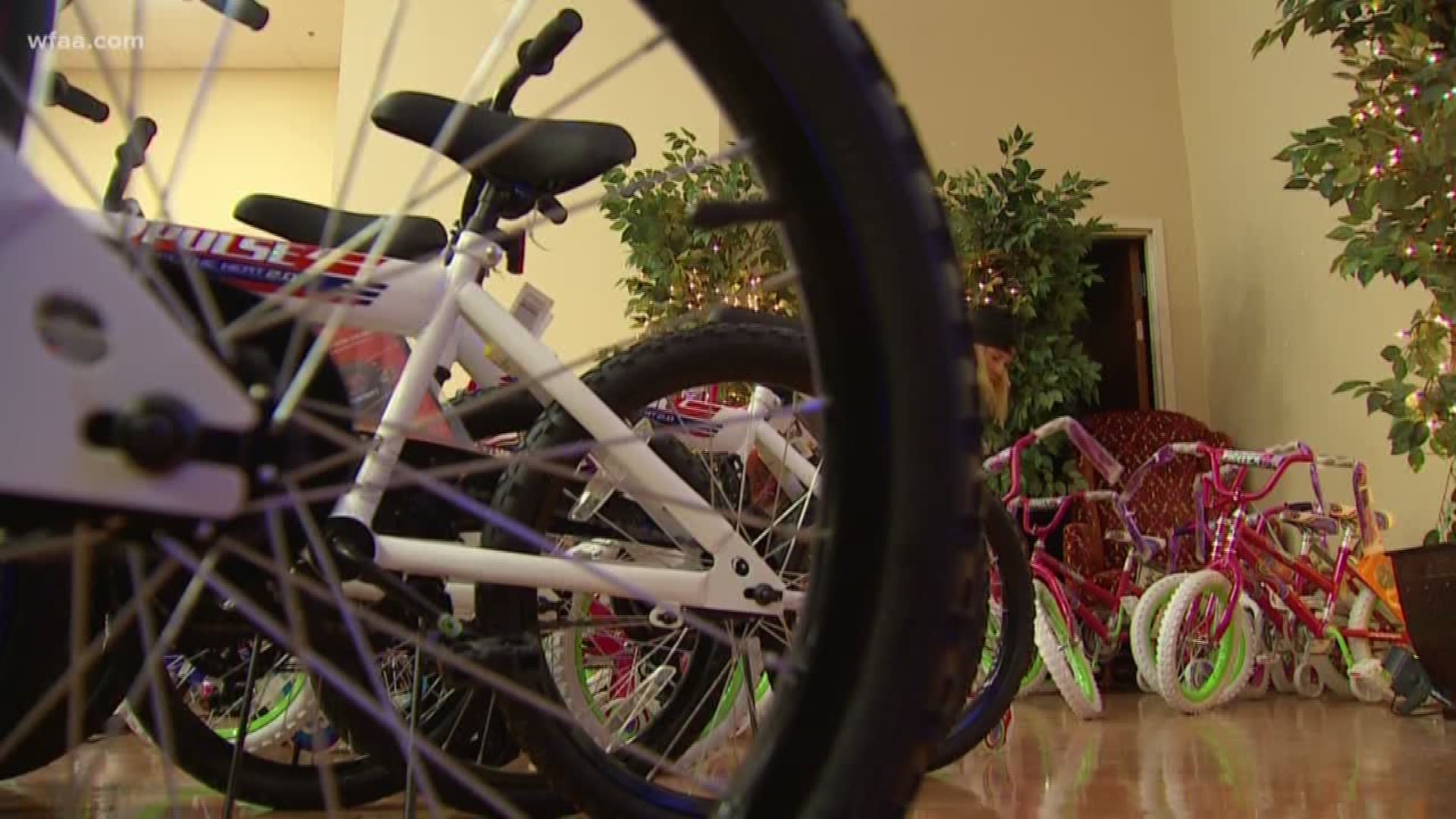 WFAA's Santa's Helpers program distributes thousands of toys to deserving families all across the DFW area. The volunteers who help make those miracles happen are sometimes people in need of a miracle or two themselves.

As the line formed outside the Park Christian Community Church where the Sharing Life Outreach ministry would, for the second night in a row, hand out thousands of toys for free, Erica Moore got a chance to shop early. She has five children, lives on Social Security, and also has sickle cell anemia. She was offered a chance to browse for toys for her children prior to the 4:30 p.m. opening of the Christmas Faire because a life-saving blood transfusion for her condition was scheduled that same afternoon.

"Trying not to cry," she told WFAA after picking out toys in the church gymnasium filled with bicycles, games, Kindles, and other toys. "Knowing I can give my kids a Christmas, something that I never had, is always a blessing."

Erica didn't know the volunteer helping her shop was a man named Eric Staggs in search of his own life-saving blessing too. "I wouldn't have guessed you have cancer," she told him when Eric revealed his diagnosis. "You look good," she said.

"It's a pretty scary deal," Staggs told WFAA of the stage IV colon cancer diagnosis he got from his doctors more than a year ago. He and his wife Crystal, along with their two children, continued to volunteer at the Sharing Life Christmas Faire even though last year Eric did it while wearing a portable chemotherapy pump.

"God's strongest request of us is to love each other, so this is a good opportunity for us to be able to do that," he said after he and Crystal helped guide Erica Moore through the toy-filled room.

"So yeah, we have burdens. Who doesn't," Crystal said. "Our burdens look different from other people, but it doesn't diminish someone else's struggle," she said of the 500 low-income families who signed up for this year's Christmas toy giveaway.

"That's what Christmas is about, is loving each other. This lets us do that," Eric said.

By the time the two-night event ends Friday, the Sharing Life Outreach ministry will have served 500 families with enough toys for 1,400 children this year, giving them a Christmas for free. "That's the best part about Christmas," Julia Harryman of Sharing Life said of the reaction they get from parents. "This is my favorite thing to do all year long."

When Erica picked out her presents, she called the gifts a blessing. Eric and Crystal, living their own life of chemotherapy and uncertainty, call it a blessing to give back. "As long as we are able, we're willing to just do the work of what God called us to," Crystal said.

"People beat cancer all the time," Eric added. "And so that's the plan."

Along with more than 150 volunteers, they plan to be here next year to keep giving the gift of Christmas over and over again.