Ross Perot was one of Dallas’ most loyal philanthropists

He made billions and gave away hundreds of millions. Ross Perot’s generosity forever changed Dallas. 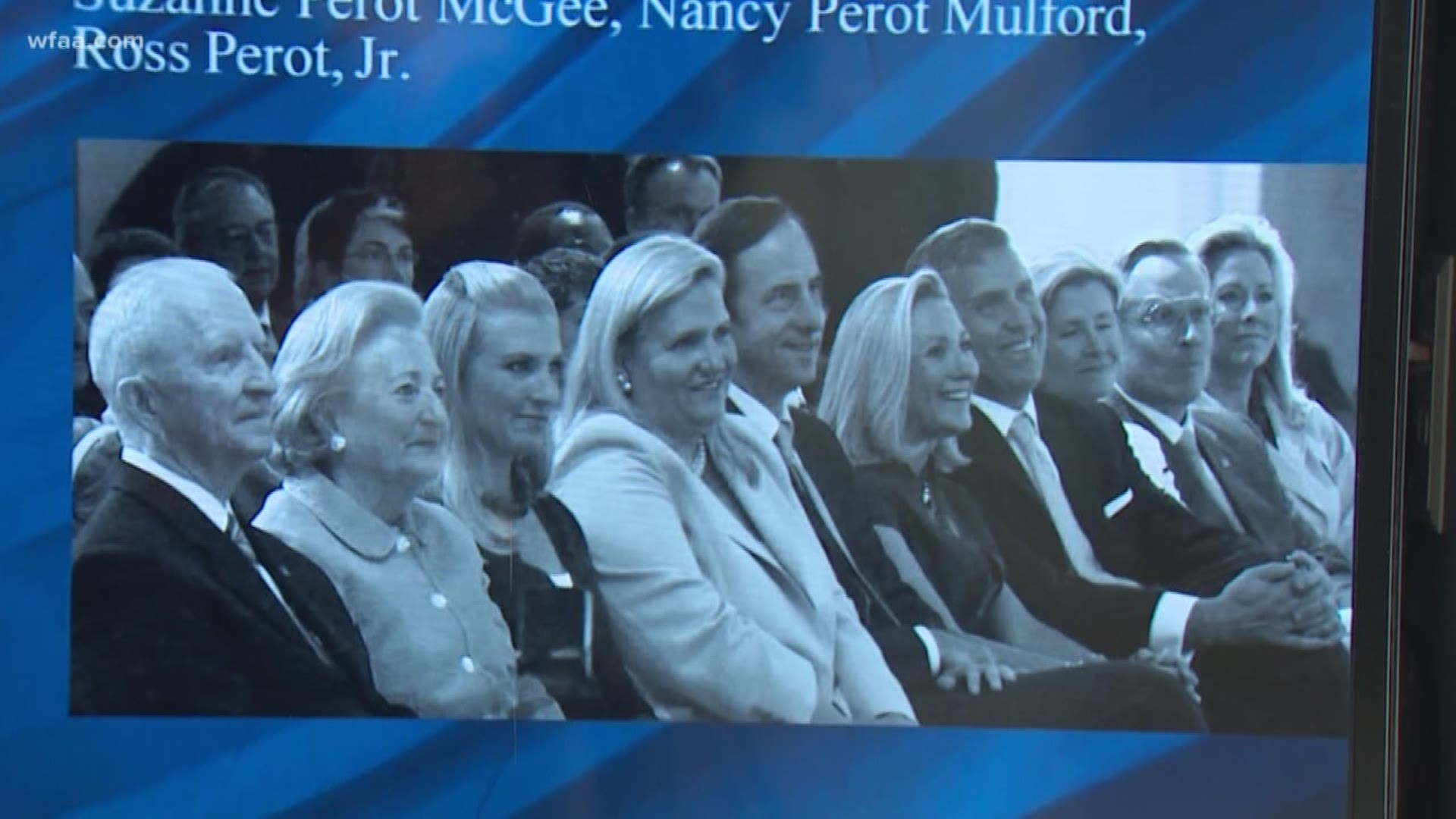 DALLAS — It was a hot July day in Dallas, which might have been one reason the cool confines of the Perot Museum of Nature and Science were packed.

Summer campers and day cares and families on vacation meant kids were running, playing and laughing out loud in every corner.

And it’s just what the namesake wanted.

“He absolutely would have loved to see this today,” said Christina Cavalier, vice president of development for the Perot Museum.

“He loved to see children at the museum enjoying themselves, learning, discovering, exploring.”

H. Ross Perot seemed to thrive on the energy of watching people better themselves.

His own kids made a $50 million donation in their parents’ honor to put the family name on this iconic museum. Their donation ensured the Perot name would be highly visible there.

But if H. Ross Perot attached his name to everything he touched, few buildings in Dallas would feature any other name.

A self-made billionaire, Perot donated hundreds of millions during his lifetime.

“There’s nobody else like him,” said Dr. Kern Wildenthal, former president of UT Southwestern Medical Center. “There’s a tremendous number of great people in Dallas, but his variety of greatness is unique. It really is.”

He shared his wealth with organizations that serve the least wealthy among us – like The Bridge, Salvation Army and North Texas Food Bank.

He gave money to the Boy Scouts of America and the Girl Scouts.

He supported the symphony, the opera and art museums. The Dallas Arts District likely wouldn’t exist without the huge contributions he made.

But Perot’s greatest impact might have been made through donations to scientific research and healthcare. According to Wildenthal, Perot donated approximately $100 million to UT Southwestern.

“The dollar figure is around $100 million, but the value is vastly in excess of that,” Wildenthal said. “Not only was he providing money, he was providing inspiration and guidance and – it sounds a little corny – love.”

“He’d come by and see patients at 10 p.m. or 8 a.m.,” he said. “So many people from all over the country would call his office for help finding the right kind of medical care.”

Wildenthal said Perot was drawn to medical research that helped veterans. Through the years, he was remarkably giving to organizations that supported POWs and current and former members of the military.

“He was a regular guy and went to a regular barber shop for a regular haircut and he wore regular clothes, but he always insisted that whatever he was associated with, business-wise or what he gave his money to philanthropically, needed to be first class,” Wildenthal said. “World class was his favorite phrase.

Even though Perot was a native Texan, he was not a tall Texan. He was about 5’6”. But through his generosity, he leaves a legacy, that is larger than life.

“And we’ll do our very best to continue to embody that legacy and make him proud,” Cavalier said.