Ross Perot remembered as 'Bill Gates, Leonardo da Vinci and Rambo all wrapped in one'

A memorial for iconic Dallas businessman and self-made billionaire Ross Perot was Tuesday in Dallas. 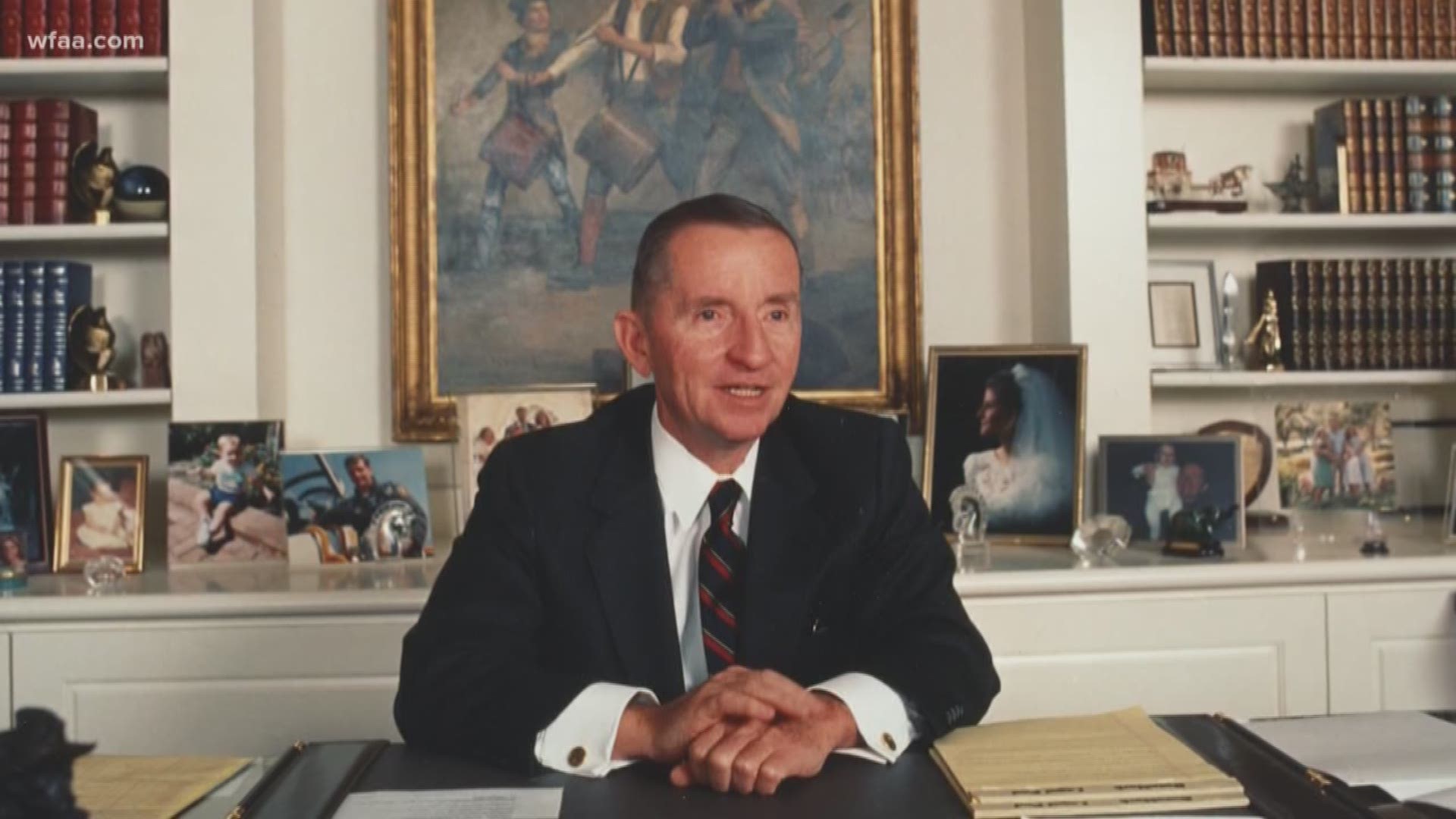 DALLAS — It is difficult to find the right words to describe 89 years of living, especially the 89 years lived by H. Ross Perot.

On Tuesday, close friends of the iconic Dallas businessman did their best to eulogize a man whose life can only be described as well lived.

“How I wish this day never came,” admitted Ken Langone, a former business partner who went on to found Home Depot.

Each pew inside Highland Park United Methodist Church was full. An overflow crowd watched video feeds inside an adjacent hall and at nearby Highland Park Presbyterian Church.

“He was Bill Gates, Leonardo da vinci and Rambo all wrapped in one,” said Dawkins.

He described Perot as tough, creative and determined and called his friend “a vibrant, thunderous dynamo - a kind of thunderbolt” who was wise in an unconventional way.

Perot was a self-made billionaire. But at his memorial, no one talked about his money. They talked about the man.

“He will be remembered for the big bold moves he made, but I’ll remember him for the depths of consideration and kindness - down to the smallest thing possible for the other person,” Langone said.

Since his death, several stories were shared about Perot’s secret generosity – helping people across the world in various ways. Perot, Jr. said even his only family hadn’t heard many of those stories before.

"Our father always taught us financial success was a gift - a resource to help others," Perot, Jr. said.

He shared stories of his parents' love of dancing. They were still dancing within the last few weeks, he said.

He shared childhood memories of going to Lake Grapevine to go boating. As Perot’s companies expanded, so did the family boats. They outgrew Grapevine and moved to Lake Texoma and then to Bermuda.

“The Navy gave him a love of water,” he said of his father.

Their last trip to the lake was three Saturdays ago. He said his father stopped on the way out the door to kiss his mother on her cheek.

“At the lake we sat together, holding hands and looking at the water. We didn’t say much. We didn’t need to. We’d said all we could to each other.”