Robyn Brake was riding around Lake Ray Hubbard on her Jet Ski Saturday when she noticed black smoke. 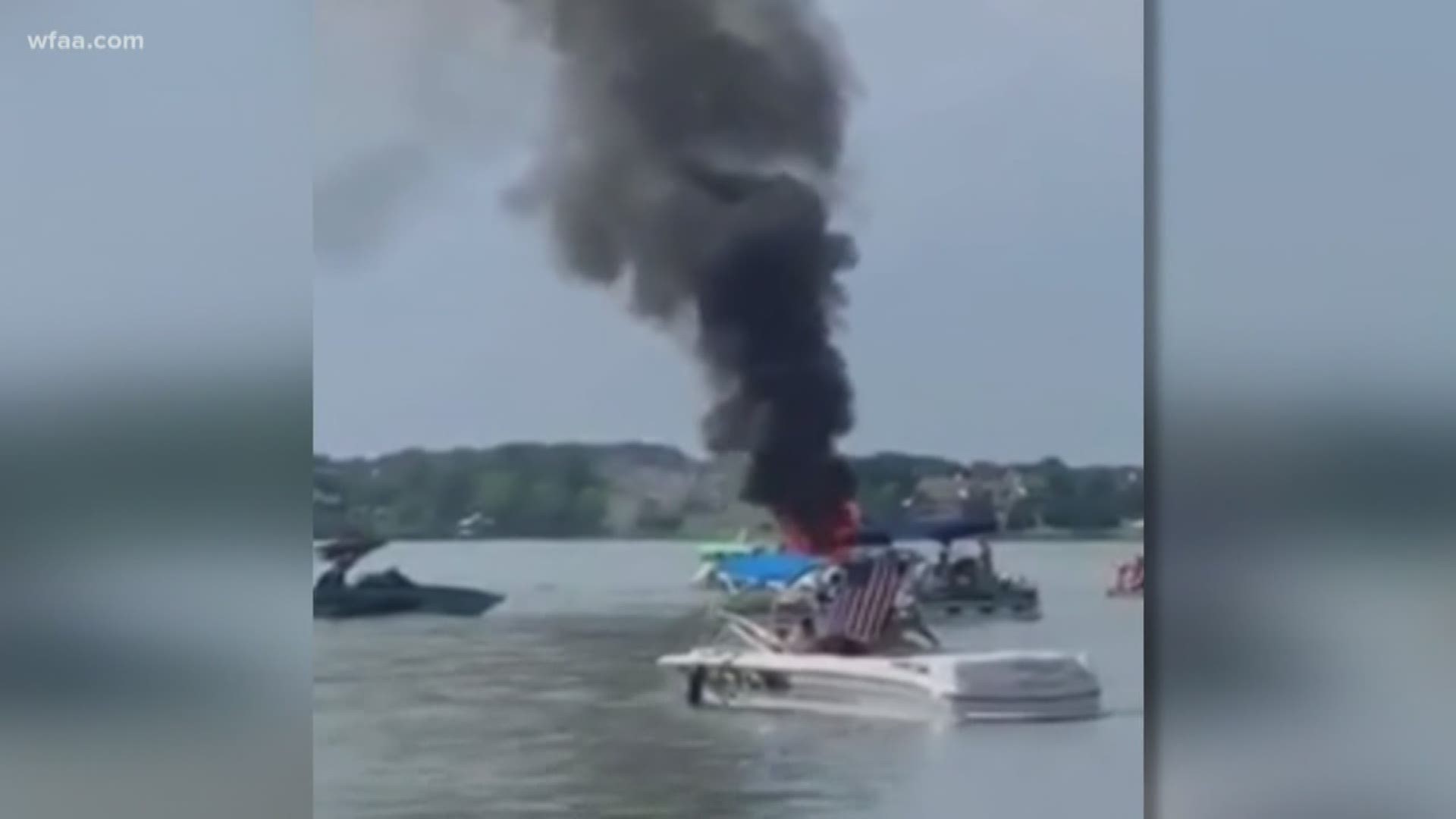 ROCKWALL, Texas — Riding on her Jet Ski Saturday on Lake Ray Hubbard, Robyn Brake said she knew something was wrong when she saw black smoke billowing from a nearby boat.

That's when Brake said she tried to get near the boat to warn them something was wrong. She made it about 50 feet away when the boat burst into flames.

“After it first exploded, I knew that it was going to engulf very, very fast,” Brake said.

For Brake, the initial explosion wasn’t the scariest part.

“Next thing I know, I go to the front of the boat, and the mother is holding her 6-week-old baby over the boat screaming, ‘I have a baby! Help! Help! Help!’” she said.

Still on her Jet Ski, Brake rescued the baby and a young girl from the burning boat. The Rockwall mother handed the baby to her friend, Lacey Hoover, who was in a nearby boat with friends and other family members, including Brake's daughter, Autumn.

Brake made three total trips to the burning boat on her Jet Ski and helped save four young children.

“I’m happy that I’ve gotten to speak to some of the families because I had no clue for days," she said of the victims' conditions. "I haven’t slept. I’ve just been thinking, 'Are they OK?'”

According to Brake, the family smelled gas and was headed back to the dock to get it fixed. But the boat exploded in the middle of the lake before they could make it.

“The man I saw fly off," she said. "His whole back was on fire. He flew off. The other guys were talking about their legs, and maybe arms had some burns on it."

Brake said as her friends and family rushed to get the victims back to the shore, they used a first aid kit on board to treat their burns.

"One of my friends was putting aloe vera on their backs, just trying to keep the burn from burning so bad," she said. "I mean, they had a lot of blood on the boat.”

Brake said she watched the charred boat sink to the bottom of the lake. But everyone who had been on the boat survived.

Since the fiery explosion, Brake said relatives of the victims have reached out to her on Facebook to thank her for saving the children.

RELATED: City of Rowlett sues developer of $1B lagoon-anchored project

RELATED: Hope floats: Pastor lives on a raft so others can drink clean water