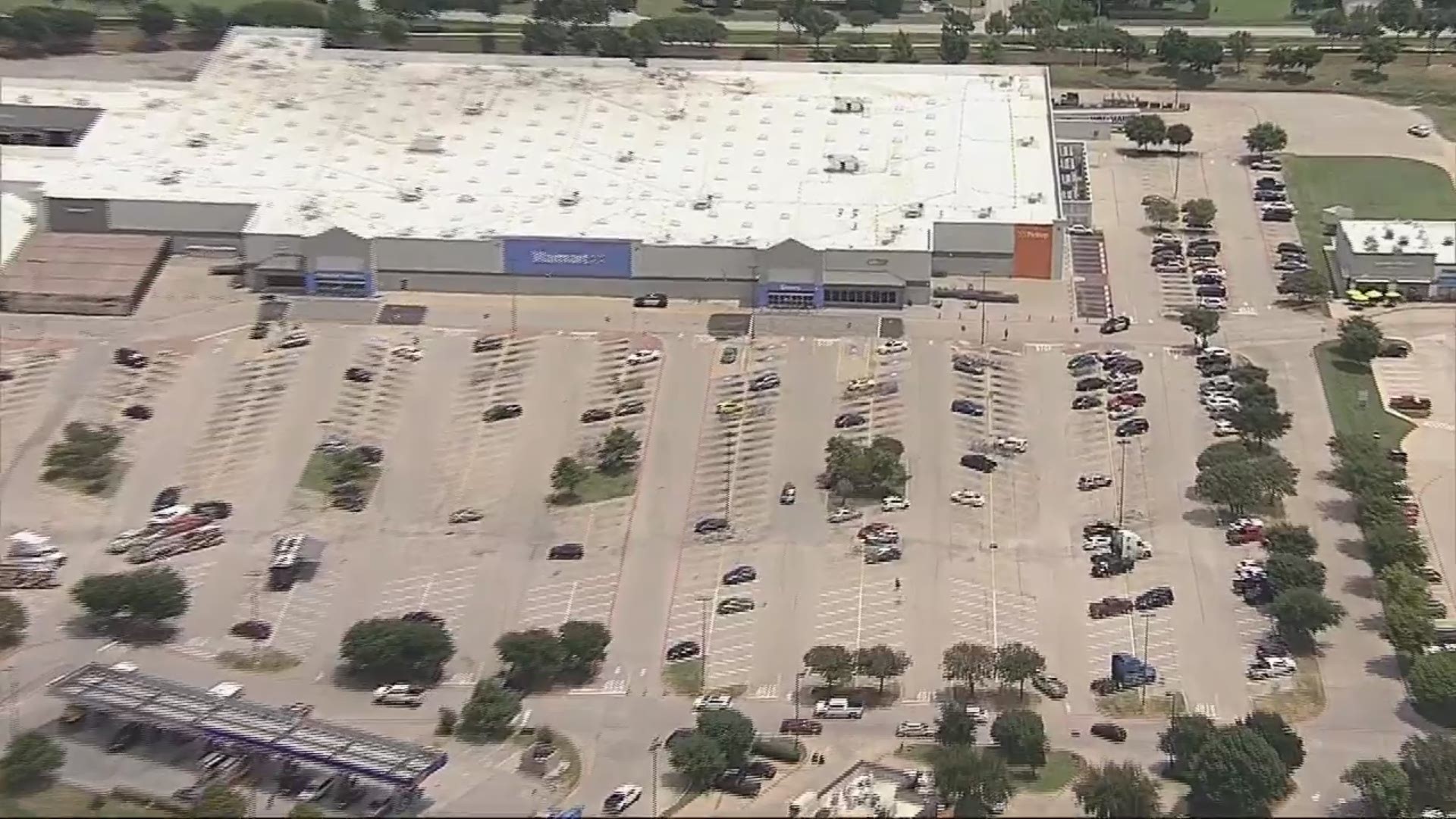 A Walmart in Roanoke, Texas was evacuated Monday afternoon after a bomb threat was made two days after a mass shooting at an El Paso store, police say.

Saturday, a gunman entered a Walmart in El Paso and killed 22 people. The shooter was identified as 21-year-old Patrick Crusius, from Collin County.

The Roanoke bomb scare also comes one day after about 1,000 people were evacuated from a Florida Walmart when a man threatened to open fire inside the store.

The Hillsborough County Sheriff's Office arrested 31-year-old Wayne Lee Padgett of Valrico late Sunday. He is charged with calling the Walmart Supercenter in Gibsonton, Florida, on Sunday afternoon and telling managers he planned to shoot up the store

Investigators said they traced the call to Padgett. No gun was found at his house near Tampa.

Padgett is charged with filing a false report of using a firearm in a threatening manner.