Risking a possible fine and jail time, Dallas salon owner says she will reopen on Friday

"We're about to lose everything and we haven't gotten any help, so I had to make a decision," owner Shelley Luther said. 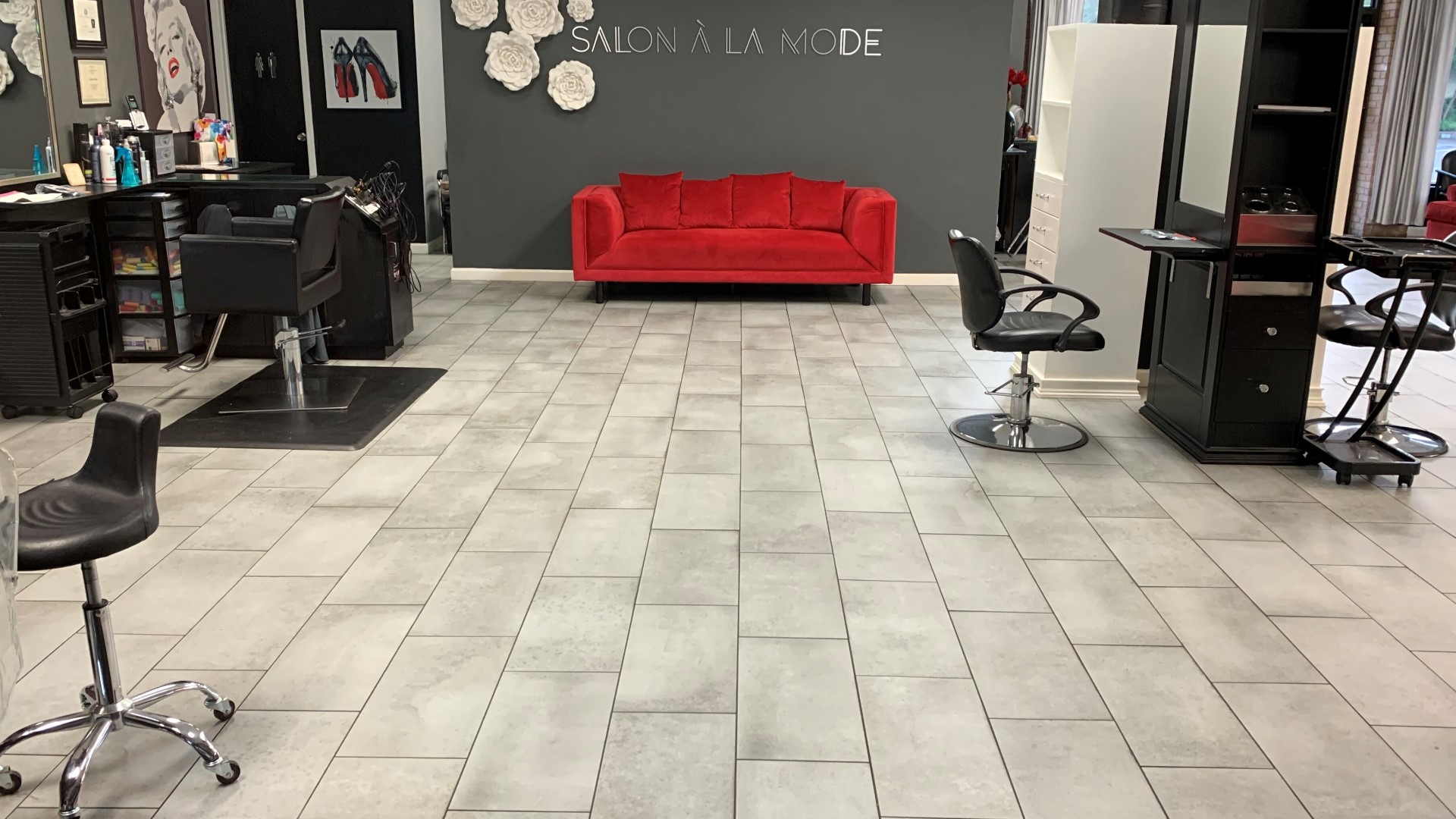 DALLAS, Texas — A Dallas salon owner is preparing to reopen her doors and invite her stylists to come back to work on Friday, which violates both the state's shelter-in-place order and the county's order to reduce the spread of COVID-19.

Salon À la Mode has been owned by Shelley Luther for three years and is off Belt Line Road, adjacent to North Coit.

Luther told WFAA on Wednesday that she's aware of the risks she's taking, and added that if she doesn't open up, there won't be a salon for her to return to.

"I can't afford to not stay open, and my stylists can't afford to stop working anymore," Luther said. "We're about to lose everything and haven't gotten any help, so I had to make a decision."

In his executive order, any business in violation can face a misdemeanor punishable by a fine not to exceed $1,000 or jail time not to exceed 180 days.

The fine print in Jenkins' order, is well known to Luther.

"I'm prepared to take on whatever it is that comes with this," Luther said.

Luther, like many business owners in Texas who were forced to close, is bleeding cash. Before, she had three jobs as a musician, a makeup artist, and a stylist.

The single mother has lost all three no thanks to COVID-19.

She revealed to WFAA that she chose to pay the lease for her business this month versus her own mortgage.

"I don't want to cause any problems, but when you're out of money someone has to stand up and say that they're not helping us by not letting us work," Luther said.

Governor Greg Abbott took tough questions in a number of radio interviews Wednesday and said that varying by county, several types of businesses could reopen soon and included salons.

However, Abbott didn't say when that would happen only that he was seeking approval from medical advisers on more businesses reopening.

On Friday, Luther said she would reopen under strict guidelines. She said there would be sanitizing stations and that clients wouldn't be able to come in unless they had a mask.

She also said clients with underlying health conditions won't be able to enter, and that no one can come into the businesses until their stylist is ready to start.

That, Luther said, would eliminate people waiting around. She also said that stylists, who pay Luther to rent their space for haircuts, would have to wear masks and gloves.

Luther stressed that it's not mandatory for stylists to return and that clients don't have to come in if they don't want to.

"It's a lot safer to come into our salon on Friday than to Walmart or Home Depot," Luther said. "It's our right to earn money for our families and it's also anyone's right who is scared to stay home."

When WFAA asked, Luther said that she had already received a number of appointment requests.

"My phone is blowing up and I can't keep up with it," Luther said.

Whether those appointments will be canceled due to the involvement of a peace officer or code enforcement, remains to be seen.

"A lot of people are telling me I'm going to lose my license," Luther said. "It won't matter if I have a license because I won't have a business."