RICHARDSON -- A few times a month, Mark Zartler commits a crime that helps his daughter who cannot help herself. 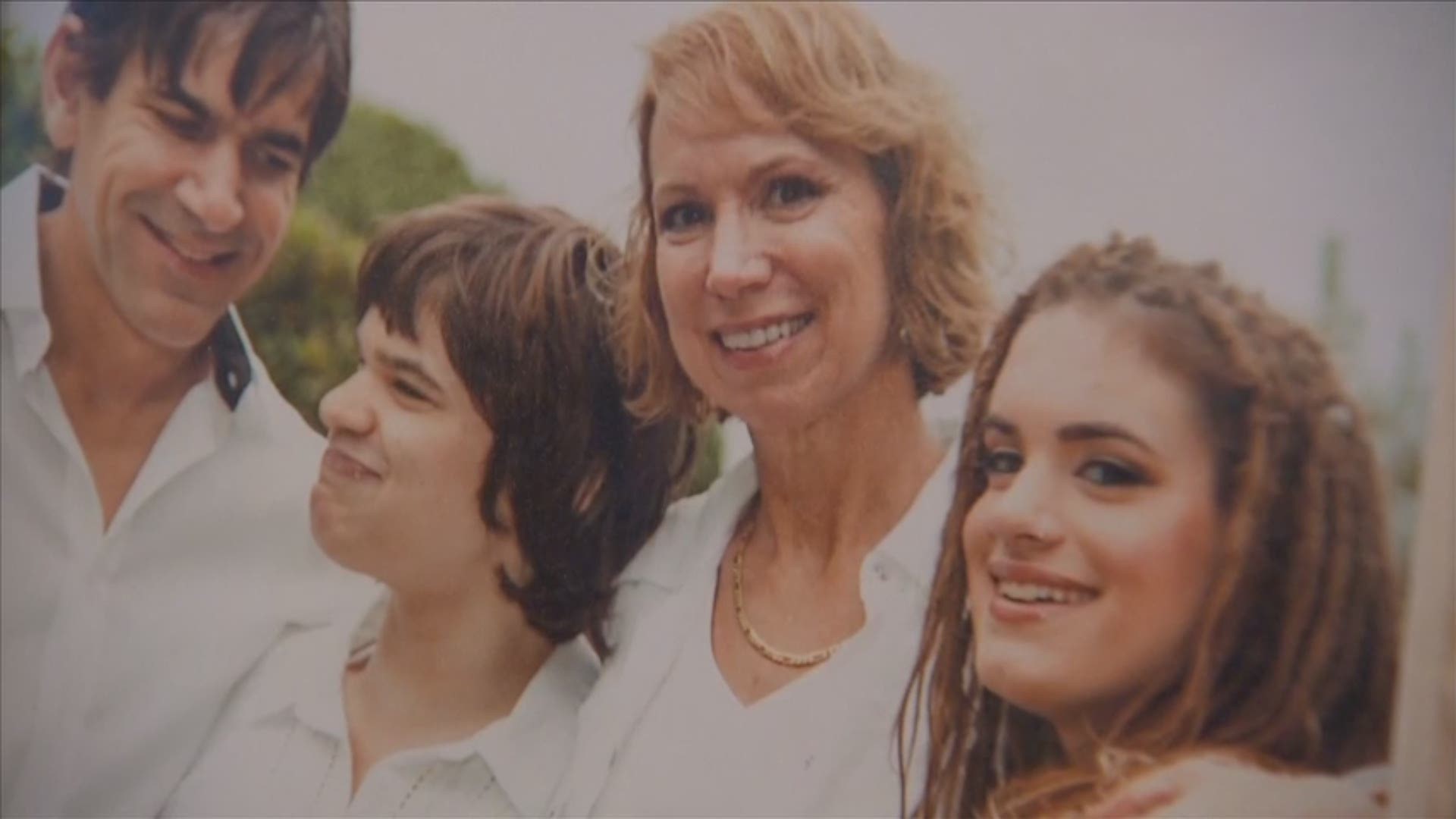 RICHARDSON -- A few times a month, Mark Zartler commits a crime that helps his daughter who cannot help herself.

From there, they began the difficult, years-long task of learning how to treat Kara’s Cerebral Palsy and severe Autism. There are a slew of her pills on their kitchen counter. Antipsychotics and enzymes and sleep aids. Still, few things helped fight off the worst of her symptoms.

Kara is self-injurious. She often hits and punches herself in episodes that can sometimes go on for hours.

"Pretty much on a daily basis we have some sort of episode," said Christy.

So, when Mark found the one thing that could stop his daughter, he made a video to show the world. He posted it on his Facebook page. In it, Kara is seen punching herself at home. Mark then is able to put a mask over her nose, filled with vaporized cannabis. It takes six deep breaths, and she starts to calm down. He then holds her hands down for the next three minutes, and after that time, she sits calmly by herself, no longer violent.

"The video is the truth," said Mark. "That’s typical of what we see."

A neighbor first suggested years ago that cannabis could ease Kara’s symptoms. Mark then found that by grinding marijuana buds, and heating them to 410 degrees Fahrenheit, it created the vapor that serves as an immediate rescue response to his daughter’s most violent behavior.

They were just as surprised.

"For several years we were in fear of using it, trying it, giving it to her, having it," said Christy.

But now there’s no fear for the Zartler's who risked everything by posting the video of Mark illegally treating Kara that more than 12,000 people (and counting) have seen. It's also a risk talking to News 8.

"I got to the point where I looked at the law and said the law’s not going change until somebody gambles," said Mark.

In his post, Mark asks that Texans call their state Senators demanding a public hearing on Senate Bill 269. It would expand the access of patients with debilitating illnesses to use medical marijuana.

For Kara, that law would make moments of calm come legally. And if showing what works for her puts Mark in jail, so be it.

"If we want to make a difference for ourselves and other kids like Kara, somebody has to take the risk," he said.

He’s another father who’ll do anything for his daughter.

News 8 reached out to several State Senators from North Texas and Governor Greg Abbot for their take on Senate Bill 269's chances in the legislature but did not receive any comments back about the issue.