The former president was treated for a minor pelvic fracture following the fall on Monday evening. 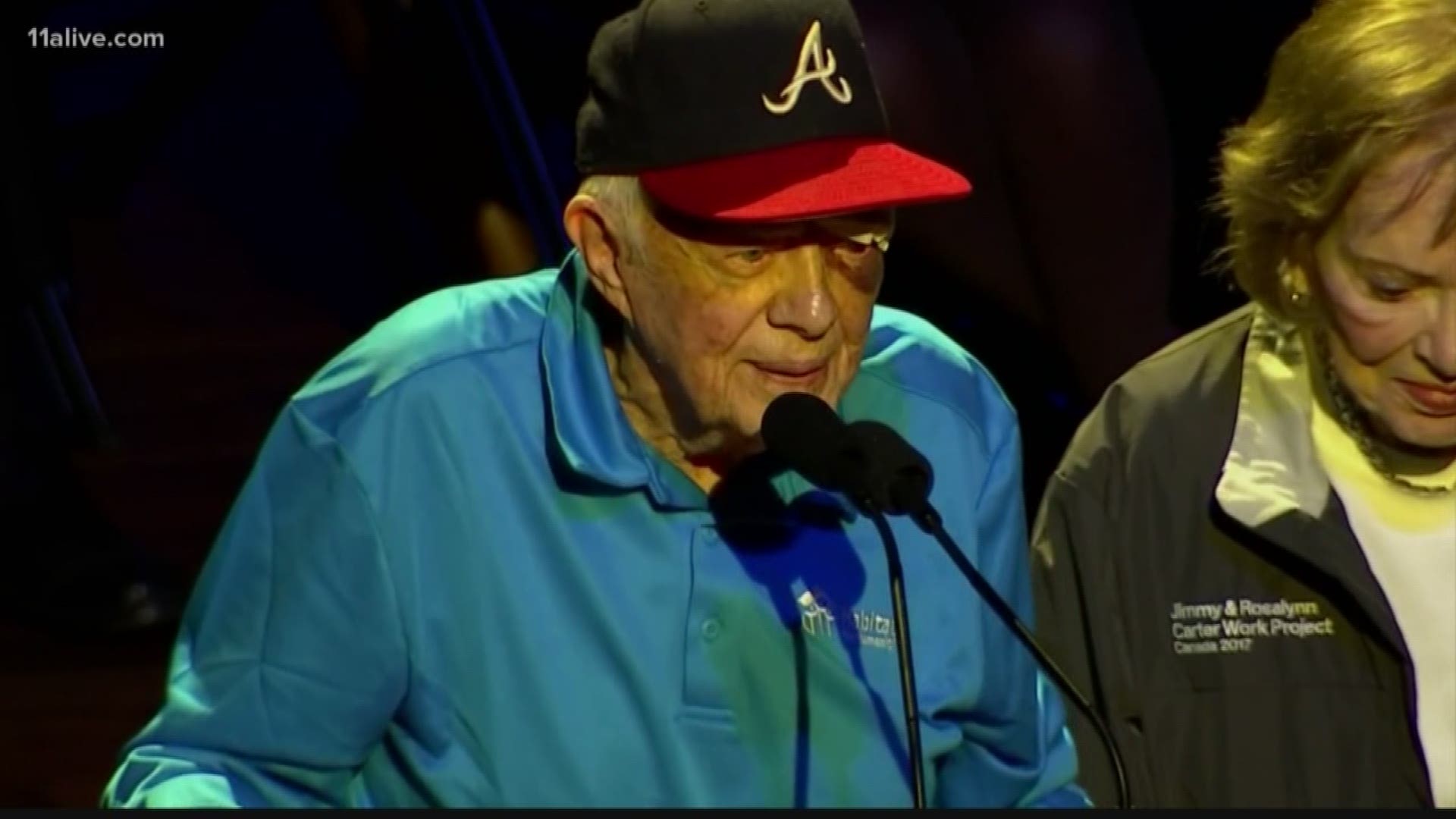 ATLANTA — Former President Jimmy Carter will not be teaching Sunday school this week following a fall at his home on Monday night.

The fall left President Carter with a minor pelvic fracture, the Carter Center announced on Tuesday.

Carter's longtime church in his hometown Plains, Georgia, announced he would not be able to teach this Sunday, Oct. 27, on their website and Facebook.

The church, Maranatha Baptist Church, said Carter's niece would teach in his place.

"We welcome and encourage you to still come worship with us as his niece Kim Fuller fills in for him," the church wrote on Facebook. "She will deliver a message just as inspiring as her uncle."

RELATED: Jimmy Carter falls in home, is in hospital for treatment of pelvic fracture

"Please pray for President Carter and his family during his healing process," the post added.

The Carter Center said the former president was "in good spirits and is looking forward to recovering at home" on Tuesday after going to the hospital for observation and treatment following the fall.

Carter is still provisionally scheduled for his Nov. 3 Sunday school. Maranatha Baptist Church advised churchgoers to check back for any changes.

He began teaching Sunday school at the church in May, drawing visitors from all over the world to Plains to see him speak.

He missed some sessions earlier this year as well, after falling and breaking his hip. He recovered from that incident after getting a hip replacement, and shrugged off another fall this month that left him with a black eye by attending a Habitat for Humanity building event in Nashville.

Jimmy and Rosalynn Carter are now the longest-married presidential couple