Passengers took to social media to say that they had been stuck on the enclosed cable cars for more than an hour. 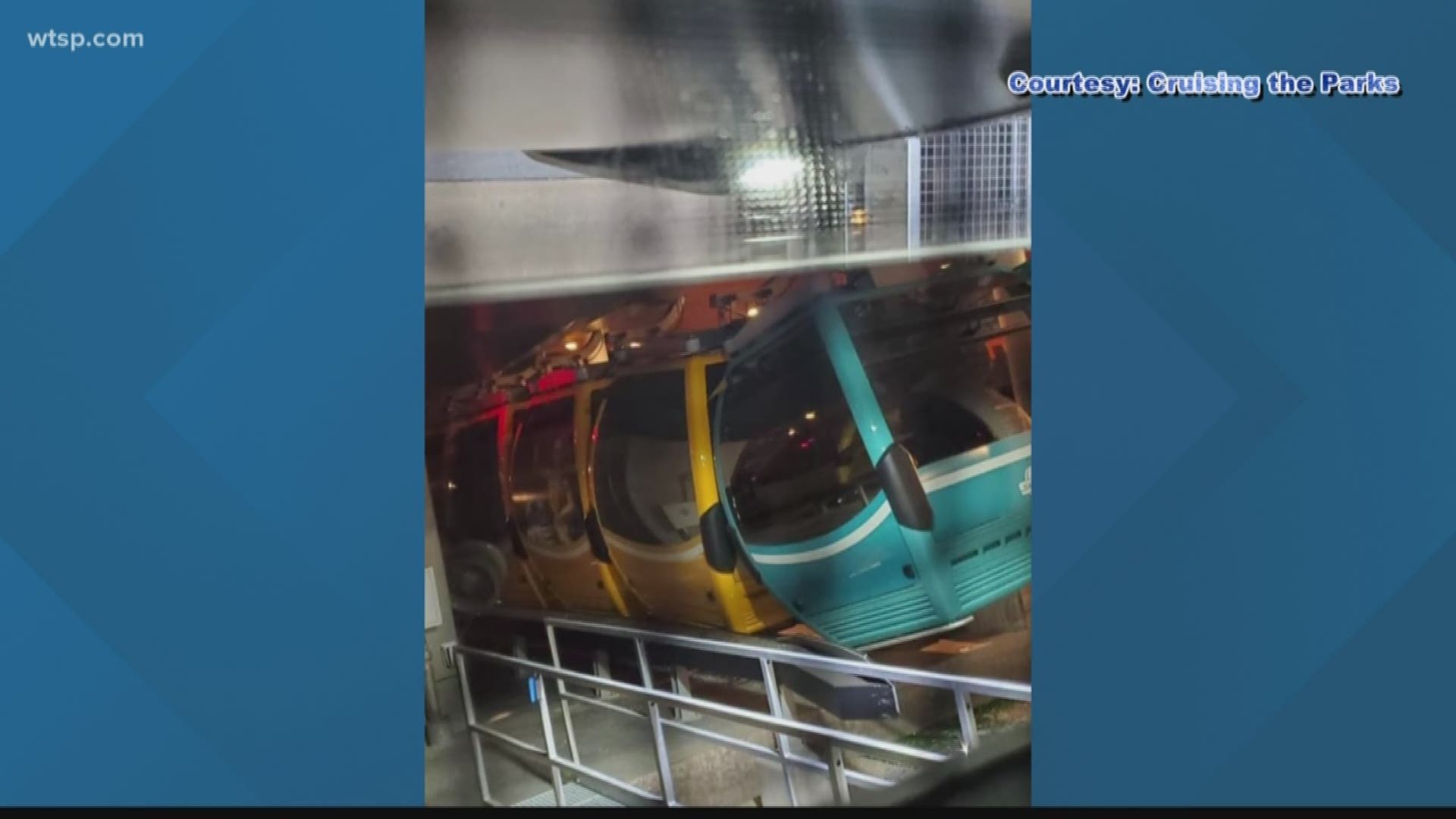 News outlets report that Disney Skyliner cable cars became stuck in the air Saturday night. A Disney spokeswoman tells the Orlando Sentinel that there have been no reported injuries.

Passengers reported on social media that they had been stuck on the enclosed cable cars for more than an hour. It was not immediately clear what caused the incident.

The Skyliner air gondolas opened to visitors last week. The cable cars whisk visitors from hotels to theme parks three stories above the ground while going 11 mph. No more than 10 people are allowed in each cable car.

RELATED: Disney opens stores in Targets across the country

RELATED: Should people with autism be allowed to cut lines at Disney? A judge could soon decide.