Mesquite Police are investigating the string of crimes that they believe are likely connected. They are still looking into whether there is one thief or several. 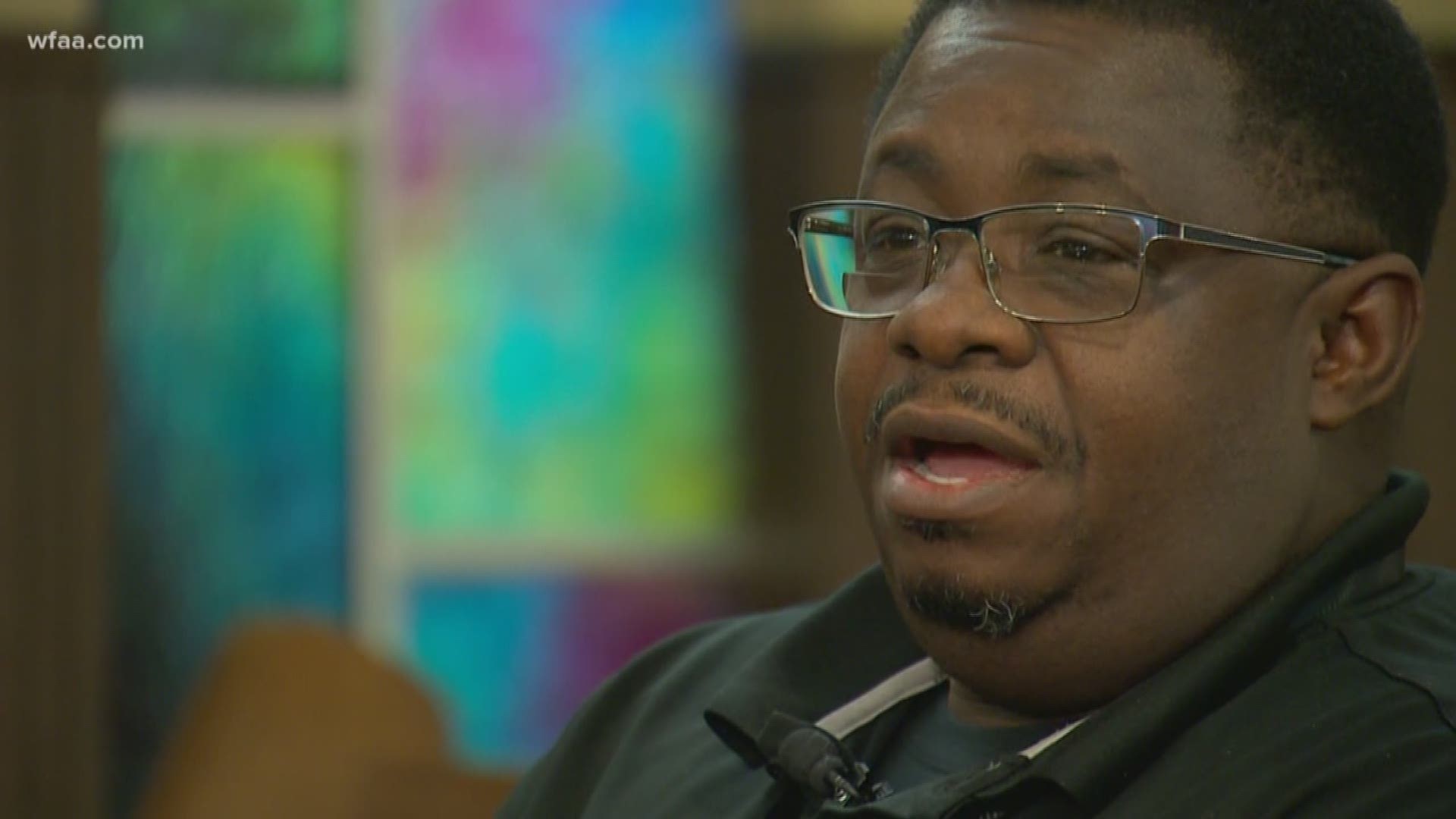 MESQUITE, Texas — Something brought a thief or thieves into four Mesquite Churches, but it wasn't the Lord.

Police say it was computers and sound systems and any electronics that the thieve came for and stole, leaving tested faith in their wake.

"If you actually saw Jesus on the street, would you rob him?" asked pastor Morris Jackson. "Because that’s the same thing you did when you walked into His church!"

Jackson is the Pastor at Mesquite's Word of Life Church. On the night of January 16, in between Bible study and choir practice the next day, someone pushed in an air conditioning unit and climbed into the church's classroom. They found Jackson's soundboard, DVD recorder and computer soon after.

The pastor's son Markeist showed us where the suspect, or suspects, cut power to the building, cut a hole in a fence by the air conditioning units, and drove off, evidenced by tire tracks in the grass.

In the week since it happened, the Jacksons' sense of security was shattered.

That feeling is shared. Someone broke into Mesquite Church of Christ on Davis Street overnight on January 14. The next evening, thieves hit Central Pointe Church of Christ on Belt Line Road after hours. Then another break-in happened sometime the night of Jan. 20 at Landmark Family Fellowship on Clay Mathis Road.

Mesquite Police are investigating and believe all of the burglaries are connected, but don’t have any information on possible suspects.

That is frustrating and concerning, but still, the pastor’s faith is unshaken.

"Even though there are people who are now willing to do this kind of stuff lets you know that the day has changed, but Jesus remains the same," Jackson said.