Rockies outfielder Matt Kemp was the only one to kneel during the national anthem, prior to the season opener vs. the Rangers. 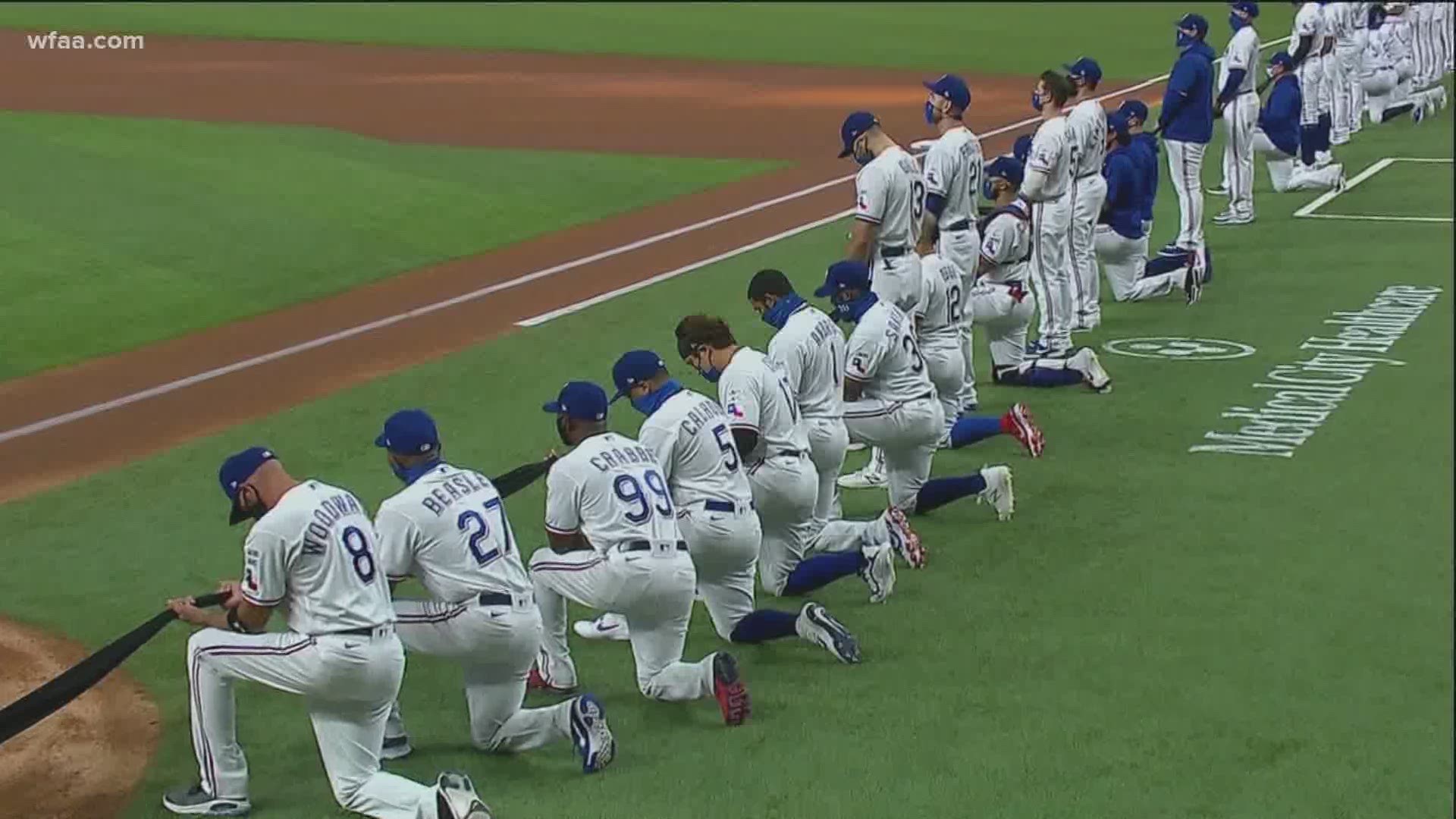 ARLINGTON, Texas — With racial injustice and COVID-19 on the forefront of America's mind, the Texas Rangers held a moment of silence on Opening Day to honor the victims of both pandemics.

Prior to the start of their 2020 season opener against the Colorado Rockies, a few Rangers including veteran shortstop Elvis Andrus wore "Black Lives Matter" t-shirts during batting practice.

"Black Lives Matter" and "United for Change" patches are sewn onto the Rangers jersey sleeves.

Before the national anthem, the Rangers took time to honor those who have lost their lives due to coronavirus and crimes of racial injustice.

A couple videos supporting racial equality played on the video boards in the newly built Globe Life Park and on the television broadcast.

Then a large black ribbon was picked up by all members of the Rangers and Rockies. In total, 17 Rangers players and coaches elected to kneel during the black ribbon ceremony, including Rangers manager Chris Woodward.

Some #Rangers players and manager Chris Woodward elected to kneel prior to the anthem, others chose to stand and hold the black ribbon in support of racial equality.

For the anthem, all players and coaches stood up. pic.twitter.com/y9PkbKZpMo

Following the ribbon ceremony, all of the Rangers stood up as former Negro League All-Star Charley Pride sang the national anthem.

Rockies outfielder Matt Kemp was the only player to kneel during the anthem.

Matt Kemp was the only player to kneel during the national anthem.#TexasRangers #Rockies @wfaa pic.twitter.com/9uNQ4ZktT4