Rangers third baseman Adrian Beltre is retiring after a likely Hall of Fame career, one that saw the 21-year pro rack up more than 3,000 hits and 477 home runs. 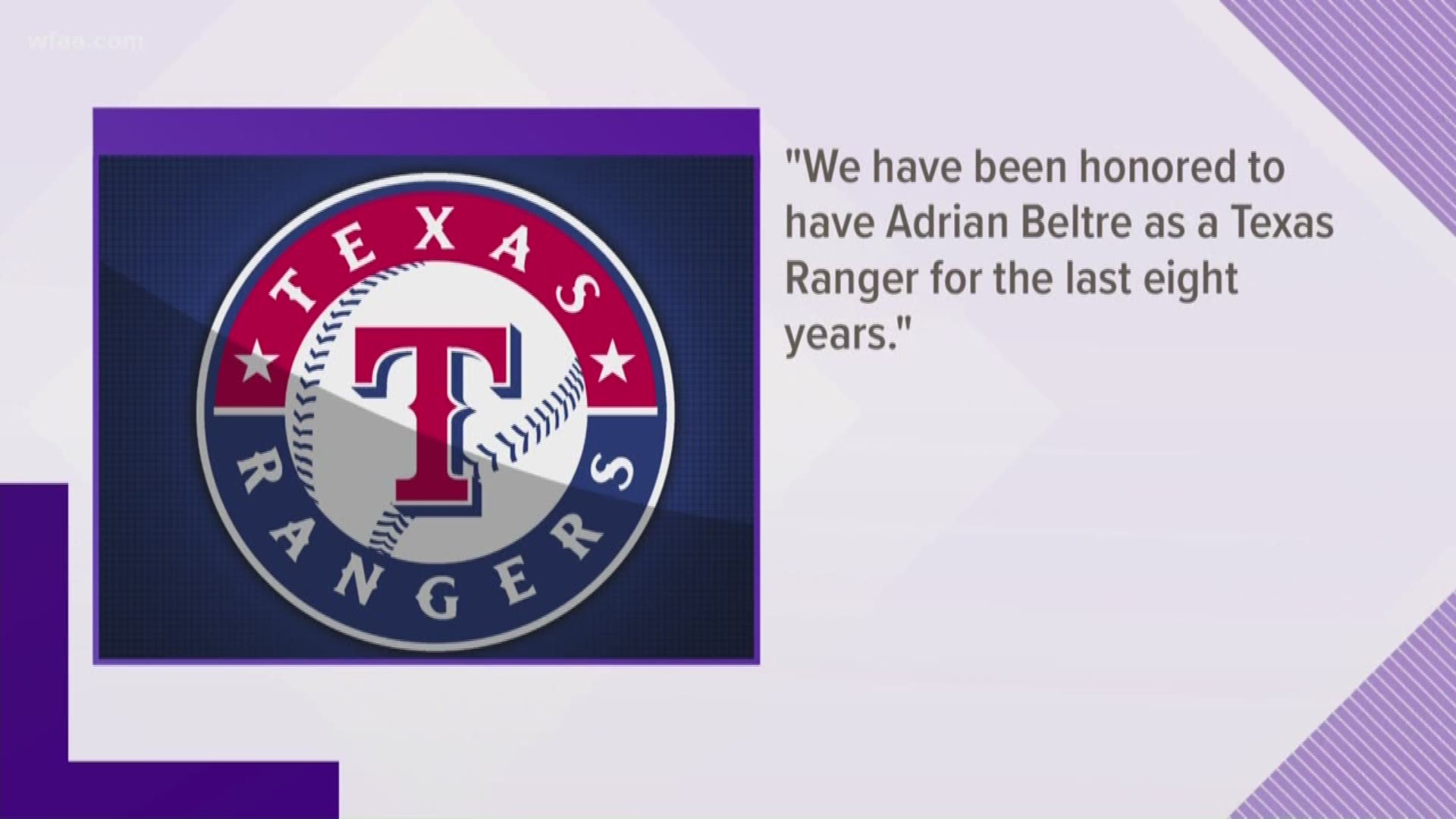 After 21 seasons in the major leagues, Rangers third baseman Adrian Beltre is retiring. Beltre announced the news in a statement through the Rangers on Tuesday morning:

I have thought about it a lot and although I appreciate all the opportunities and everything that baseball has given me, it’s time to call it a career. I have enjoyed the privilege of playing professional baseball since I was 15 years old. I have been blessed to have played 21 seasons at the highest level in Major League Baseball.

I want to thank God, my amazing wife Sandra for your unwavering and unconditional love, support and understanding throughout my entire baseball career, my three awesome children, Cassie, A.J and Camila for being the best baseball kids, my parents, and my entire family for all your love and support.

Beltre, a native of the Dominican Republic, debuted in the majors in 1998, when he was just 19. He started his career with the Los Angeles Dodgers, where he slugged 48 homers in 2004.

After a stint with the Seattle Mariners and a season with the Boston Red Sox, Beltre in 2011 signed with the Rangers and soon became a fan favorite.

He helped lead Texas to its second straight World Series appearance in his first season with the club and then continued to build upon what will likely be a Hall of Fame career. In eight seasons with the Rangers, Beltre batted .304 with 199 homers and won three Gold Gloves for his play at third base.

His years with the Rangers "have been the best of my career," Beltre said in his statement Tuesday. 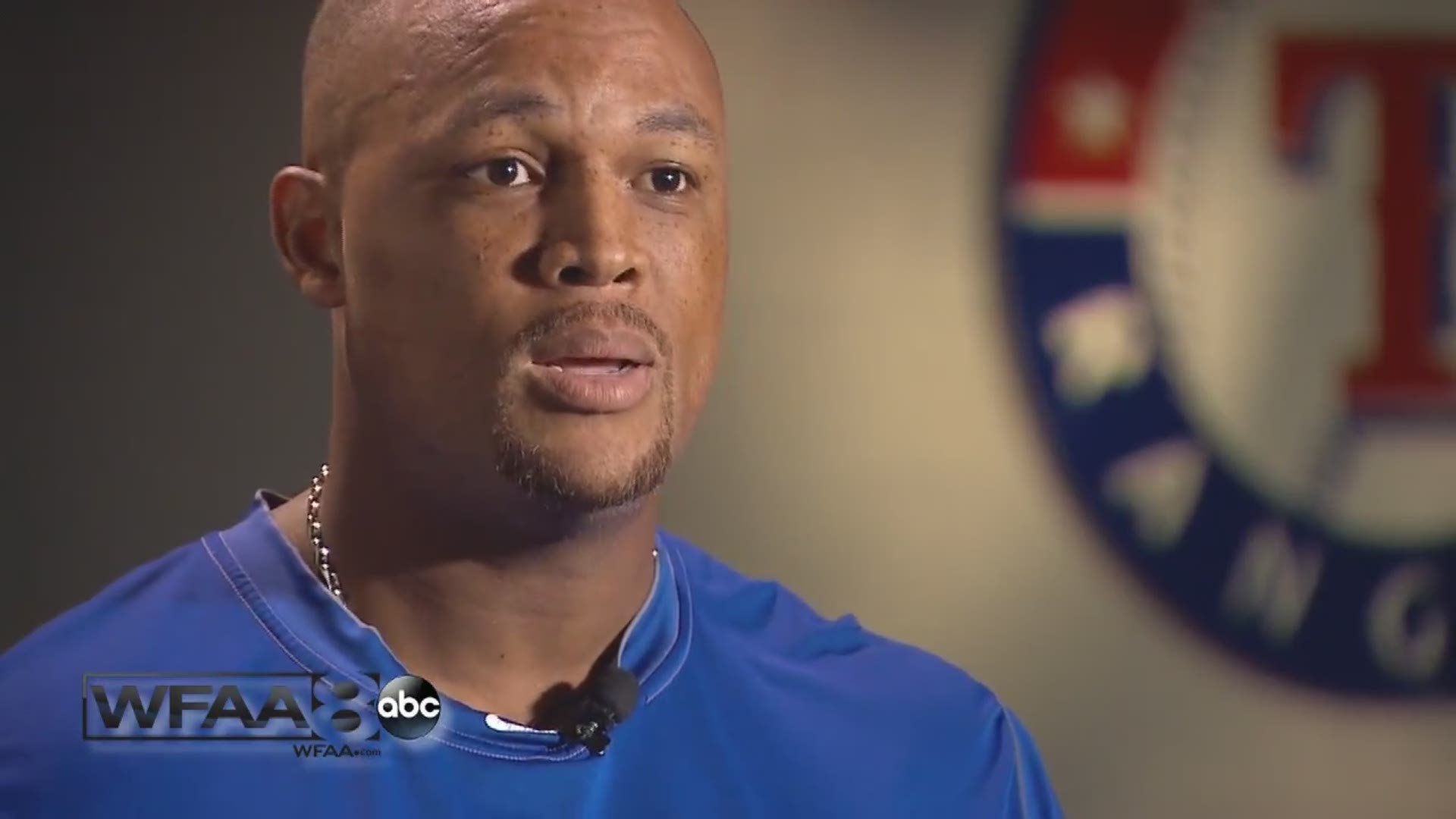 But perhaps more than the statistics, it was Beltre's personality and playing style that connected with fans: From his signature move of sometimes dropping to one knee on a home-run swing (including in Game 5 of the 2011 World Series) to his joking around with teammate Elvis Andrus, who played alongside Beltre at shortstop.

In one hilarious exchange in 2017, Beltre was warming up on deck, just outside the batter's circle mat, when an umpire stopped play and asked him to move onto the mat. Beltre complied, but not before dragging the mat to where he was standing in the first place.

The stunt resulted in a quick ejection – and a quintessential Beltre moment for Rangers' fans.

Photos: Adrian Beltre on the diamond

"He is one of the greatest third basemen to ever play this game," Rangers co-chairman Ray Davis said in a statement Tuesday. "But his greatest legacy will be as a teammate, a mentor, a husband, and a father."

Rangers general manager John Daniels said Beltre "is one of the best people I've had the opportunity to work with."

"He stands out as much off the field as he does on it," Daniels said. "He is a Hall of Fame level teammate, husband and father. He helped raise the Rangers' franchise to a new level."

Beltre is expected to hold a press conference in Arlington sometime next week.