Protesters don’t see themselves as a single group with a single set of solutions, but some laid out their demands following days of protesting Thursday. 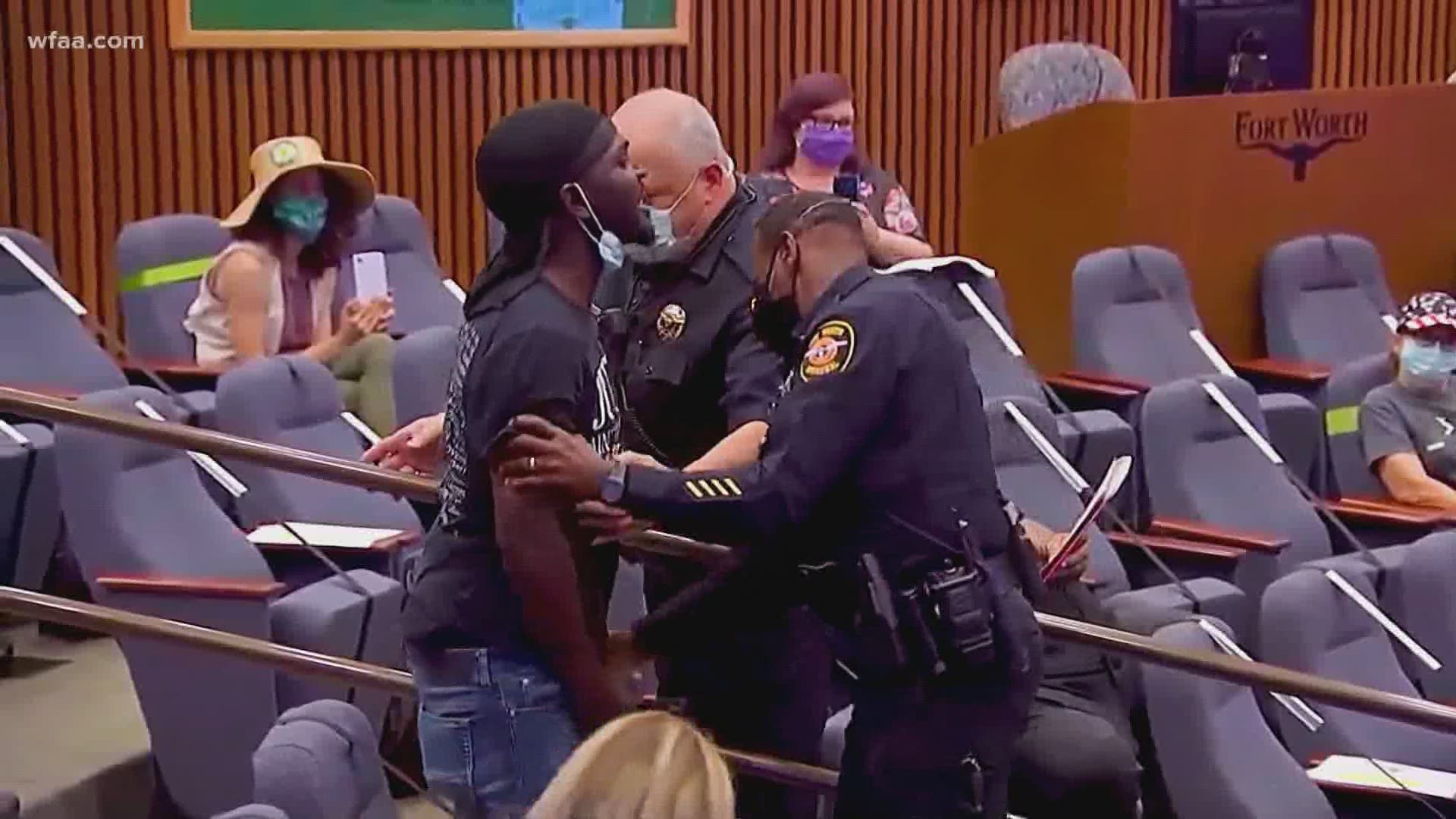 FORT WORTH, Texas — The Fort Worth City Council voted unanimously to end its 8 p.m. to 6 a.m. curfew during a heated meeting Thursday night, the first one that's been held since the death of George Floyd.

The curfew was put in place for at least 72 hours Monday, one day after protesters clashed with police on the West 7th Street Bridge.

Fifty were arrested that night after demonstrators were kept from crossing with tear gas and flash-bang devices.

Protesters arrived at city hall hours before the meeting began, and circled the building. Occasionally, they marched in the streets downtown before returning to city hall.

At least three pages worth of signatures filled the public comment portion of the meeting, but the City only allowed 32 people in at a time due to COVID-19 concerns.

To enter, you had to be wearing a mask, answer a COVID-19 questionnaire, and have a temperature check.

During the meeting, those who signed up to speak admonished the city's department--which has been under fire since the death of Atatiana Jefferson in October of last year.

Jefferson was mistakenly shot and killed in her own home by Officer Aaron Dean during a welfare check. Dean has been indicted for murder.

At one point, one speaker had to be removed from the council chambers.

While protesters don’t always agree on a list of demands, a group got together Thursday at Mt. Olive Baptist Church to lay out the changes they expect to see, following days of marches over the killings of black Americans by police officers.

Many of those demands were heard throughout the council meeting.

Trice Jones, who spoke at the news conference, gave WFAA the following list of demands to the City of Fort Worth: 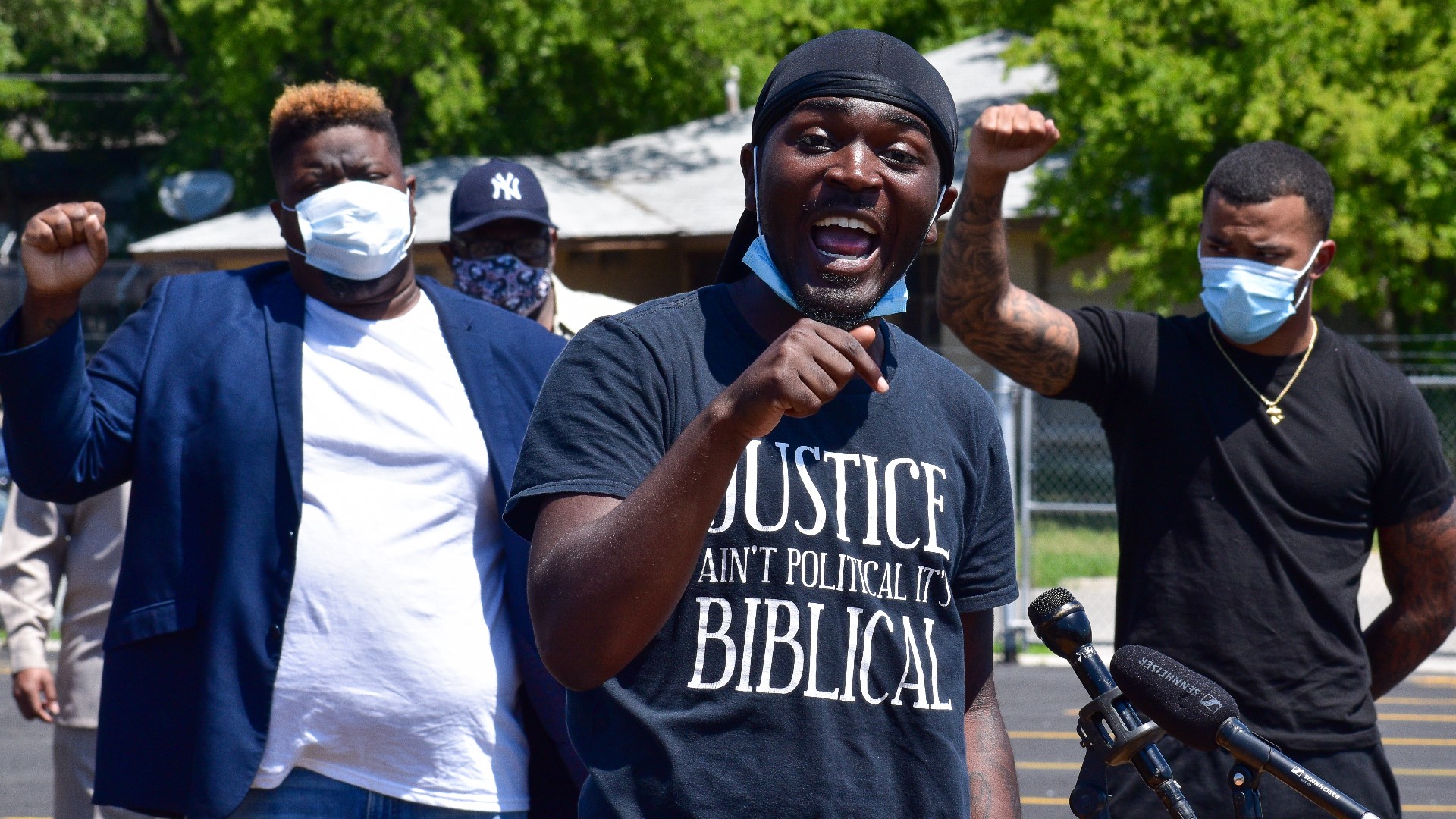 “What I demand is that we abolish our law enforcement,” Nelson said. “Because I don’t think that we can reform and rebuild.”

One man, who asked to be identified as "Black Ross," said that notion applies to police departments in Texas and across the country.

Despite their different solutions, the group promised to keep protesting together.

The Fort Worth Police Department and the office of Fort Worth Mayor Betsy Price did not immediately respond to WFAA’s request for comment regarding the list of demands.