Gov. Gretchen Whitmer was on a list of potential picks to be on the ticket. 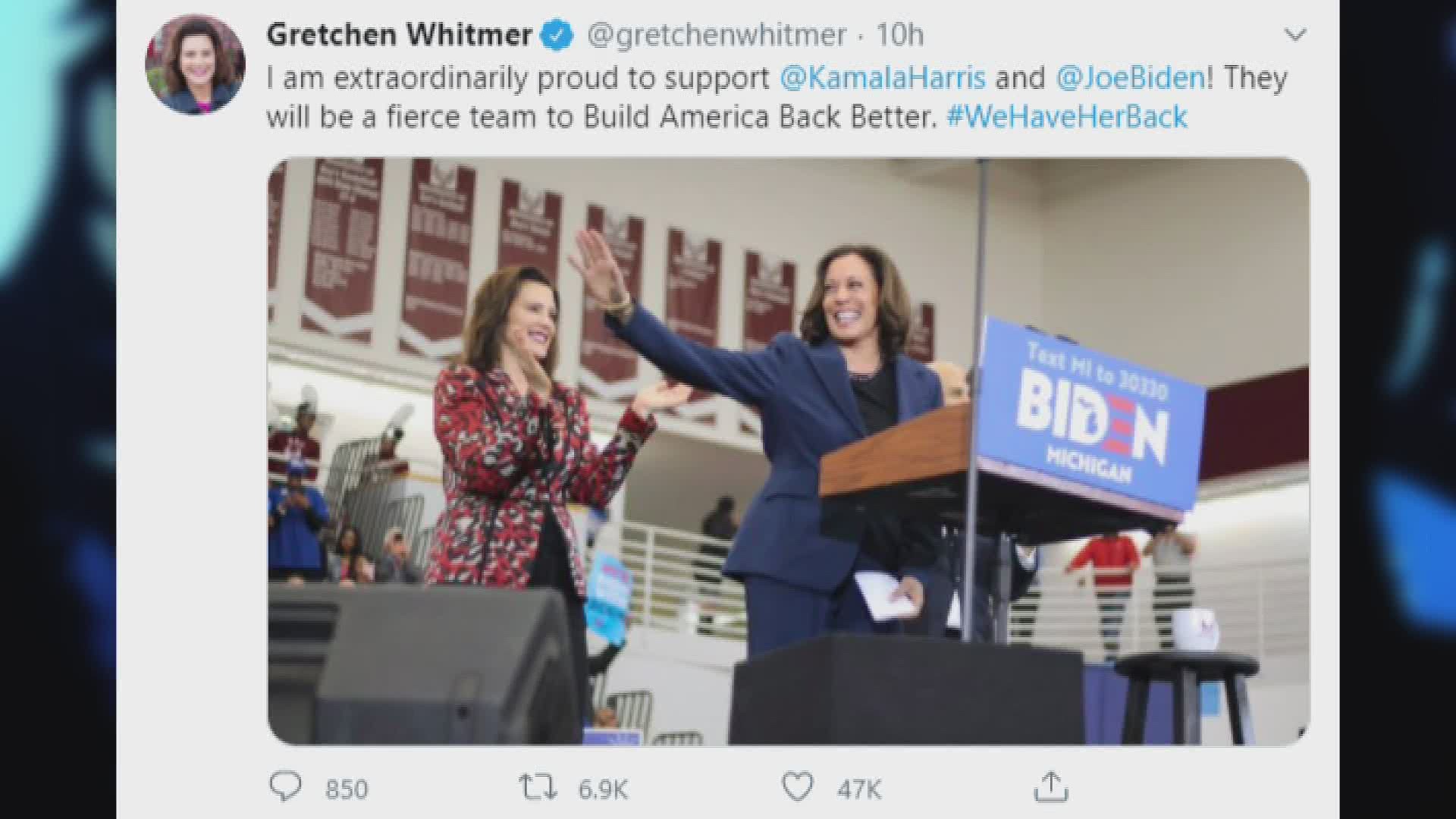 Joe Biden has picked California Sen. Kamala Harris as his running mate for the presidency.

The former vice president committed to picking a woman to join him on the ticket, and for months speculation circled around Gov. Gretchen Whitmer whose name appeared on a shortlist.

Tuesday, after Biden made his announcement, Whitmer tweeted her support of Harris.

"I am extraordinarily proud to support @KamalaHarris and @JoeBiden! They will be a fierce team to Build America Back Better. #WeHaveHerBack," the tweet said.

I am extraordinarily proud to support @KamalaHarris and @JoeBiden! They will be a fierce team to Build America Back Better. #WeHaveHerBack pic.twitter.com/pxNnv5bGD2

The decision to pick Harris placates calls from Democrats to see a woman of color on a major party's presidential ticket for the first time in history. However, Whitmer became a top contender as she handled the state's coronavirus crisis.

Harris, 55, was elected to the U.S. Senate in 2016 after serving as California's attorney general. She competed against Biden in the presidential primary.