Voter turnout among Hispanics is historically low, but these young Latinas are bucking the trend

“I go out and vote for those who don’t have a voice," said Jaquelin Rojas, a 19-year-old University of Texas at Dallas student. 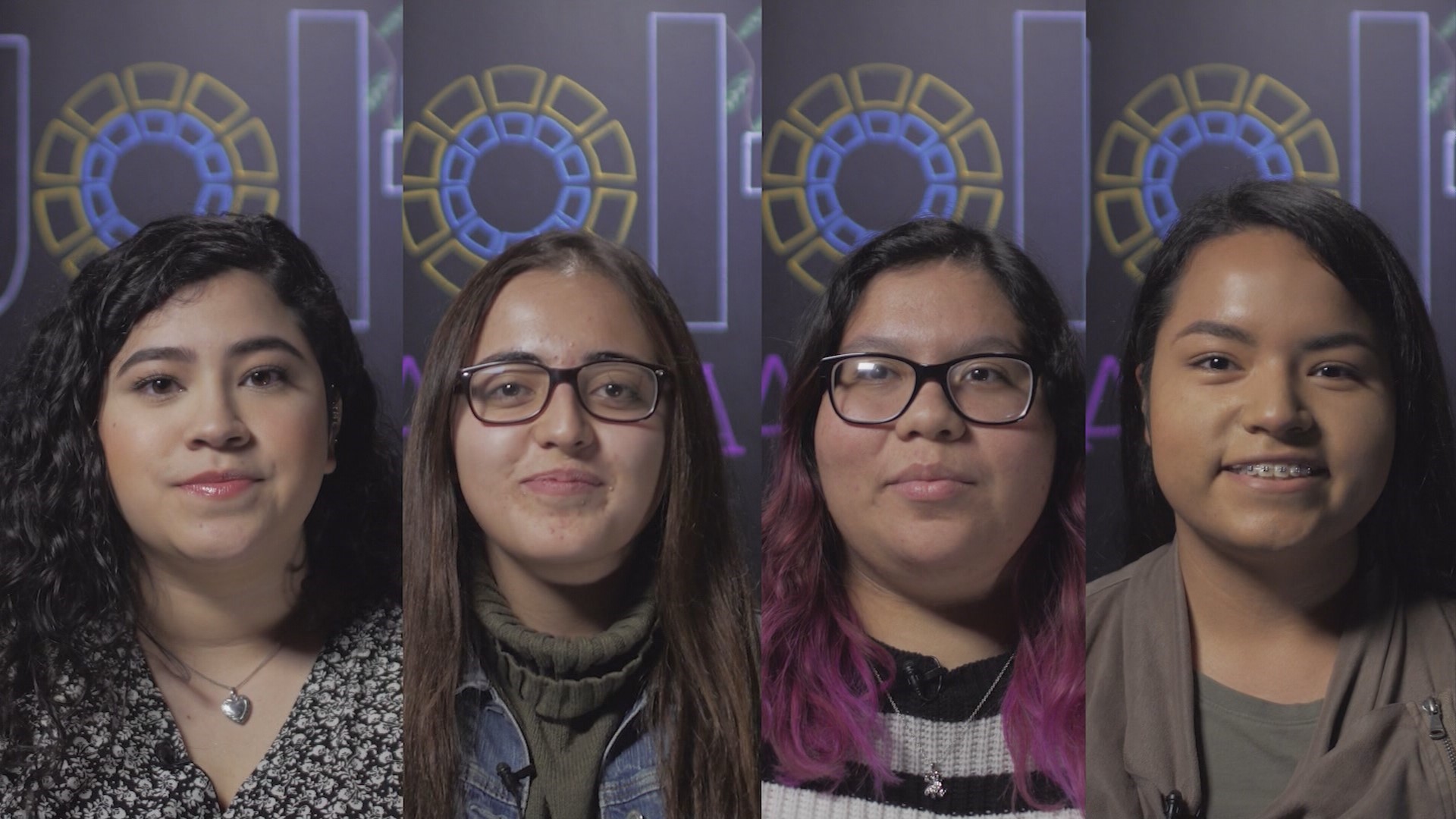 DALLAS — When you gather four young Hispanic Texans and ask them about politics, history tells you that, on average, one of them should be interested in the process.

According to the Pew Research Center, there are 4.8 million Hispanic eligible voters in Texas and 32% of them are between the ages of 18 and 29.

But turnout among Hispanic voters was the lowest of all ethnic groups in Texas in the 2016 presidential election.

Poder votar (...power in spanish)
The Latino community in Texas has long been described as a sleeping giant, an electorate with the potential to swing our politics and policies. But based on U.S. Census data, that giant is in a deep sleep.A Texas group is trying to forge a new tradition with Latino Voters where coming of age automatically means voting.

“I come from a single-parent household. My mom’s main worries were taking care of the family, not getting involved in politics,” said Olivo, a 19-year-old native of McAllen who now goes to college in Dallas.

Ocañas is 20 and also a native of the Rio Grande Valley.

“I came from the mentality and a household where people thought our opinions didn’t matter, so I didn’t really have an interest in politics,” Ocañas said. “I’m actually the only one that’s registered to vote and I think that’s a problem because a lot of Hispanics believe they don’t have a voice.”

Olivo, Ocañas, Liano and Rojas have all registered to vote, have previously voted and plan to vote in Texas’s Super Tuesday presidential primary and again in November.

“Texas is diverse. The country is diverse. It was founded by immigrants. And we need someone who will represent us,” Ocañas said.

Organizations on both sides of the political spectrum have realized the untapped power of the young Hispanic voter and have launched efforts to increase registration numbers.

"I go out and vote for those that don't have a voice," said Rojas, a 19-year-old University of Texas at Dallas student.

RELATED: Why a quinceañera is a perfect place to register new Texas voters

RELATED: How to register to vote in Texas

Jolt is a left-leaning Texas-based community activist organization that has opened chapters on college campuses across the state. Olivo, Ocañas, Liano and Rojas are all members of Jolt.

This weekend, they’ll board a couple of buses in Dallas and ride to Houston to meet up with about 500 other young Hispanic voters for Jolt’s Movimento 2020 Candidate Forum. Some of the Democratic candidates running for president will address the group via phone or video chat.

Liano, 19, is interested to hear what the candidates say about gun ownership. She was born and raised in El Paso.

“The tragedy that happened in my hometown on August 3, 2019, really affected me,” Liano said. “There needs to be something to change because, like, that can’t happen again.”

After the forum, they plan to teach friends and family what they’ve learned and encourage them to vote. That’s Jolt’s plan of action: plant a seed with young Hispanic voters and watch it grow among families and communities.

For a deeper dive into their efforts, listen to the latest episode of Y'all-itics, WFAA's political podcast.

“My mom, I’ve talked to her about it and my grandparent,” said Ocañas. “I’ve talked to them saying, ‘Hey, we should start being more involved.’ They looked at me shocked because they never thought, nobody ever told them, ‘Hey, you can vote.’”

Rojas said she and her friends watched the Iowa caucuses and talked about it afterward.

“I have friends who say, ‘Why should I vote? It’s just one person?’ But, if everyone who thought like that would come out and vote, we’d make a real difference,” Rojas said.

They’re realizing they have the power to prove history wrong.