U.S. Rep. Kenny Marchant will not run for re-election, is the fourth recent GOP retirement in Texas 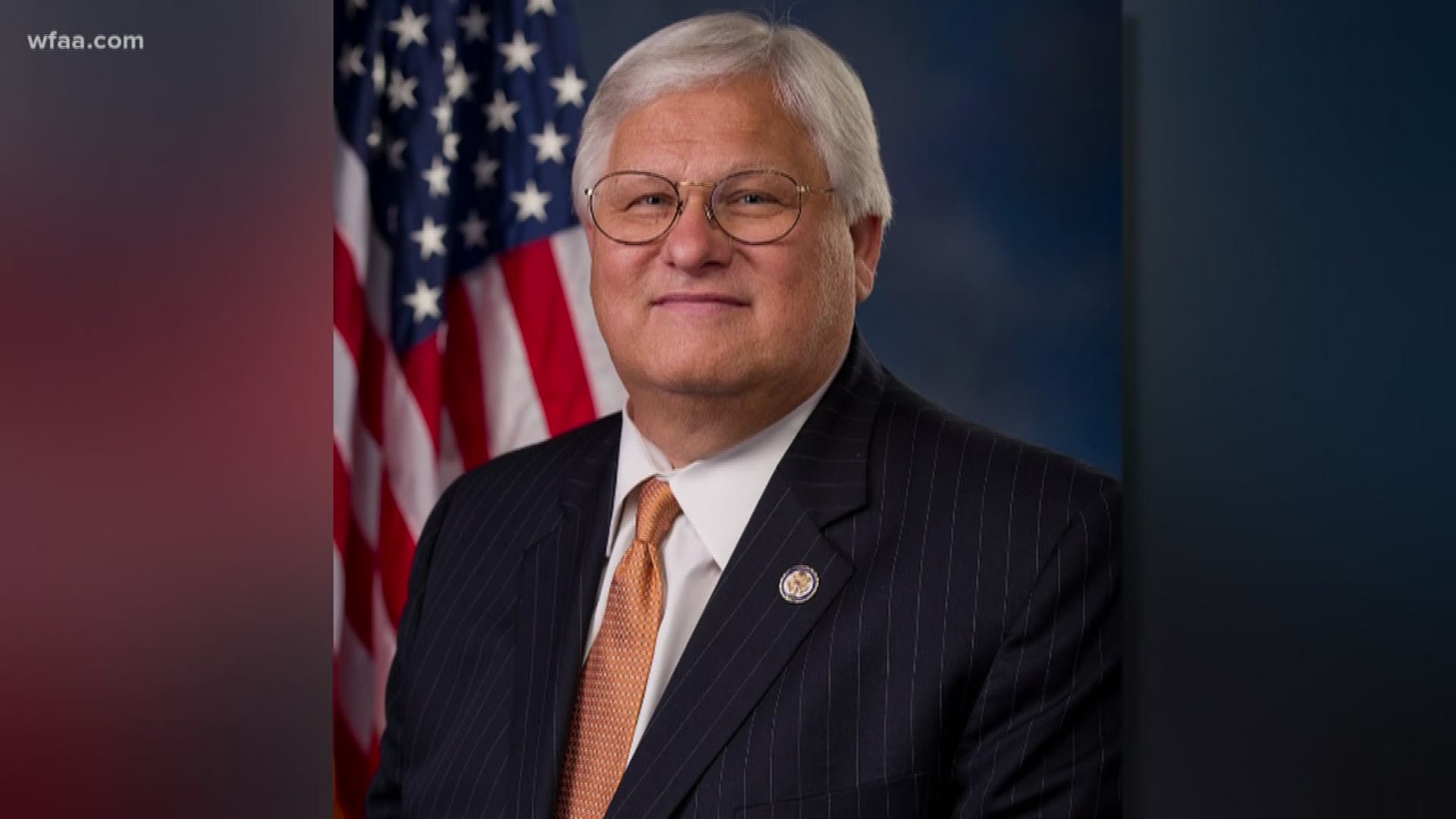 DALLAS — U.S. Rep. Kenny Marchant is the fourth Texas Republican congressman to announce he will retire.

It is another sign that Texas may no longer be reliably Republican as incumbents do not appear confident that they can win back the House next year.

He would have faced a tough re-election next year as this district is changing.

Democrats already intended to target Marchant and believe they could finally flip this seat.

The Cook Political Report listed this seat as a toss-up.

Marchant, 68, joins other recent retirements in Texas. Congressmen Will Hurd from San Antonio and West Texas, Pete Olson from Sugar Land, and Mike Conaway from Midland have all said they would retire next November.

“I am looking forward to finishing out my term and then returning to Texas to start a new chapter,” Marchant said in a statement on his website.

He did not give a reason for leaving.

Marchant served on city council and as mayor of Carrollton before spending 18 years as a state representative in Austin. He was elected to Congress in 2004.

“What a wonderful opportunity it has been to serve them, and I want to thank them for trusting in me,” Marchant said.

Within hours of Marchant’s announcement, former Irving mayor Beth Van Duyne announced she would run for the congressional seat as a Republican.

“I want you all to know I am running for the United States Congress, District 24. Whew! That is an amazing sentence to even type! For those closest to me, you know I didn’t arrive here easily. What started out as an effort to get a park built for our kids back in 2001, led me to run for City Council, then Mayor of Irving and incredibly, serving in President Trump’s administration,” Van Duyne said in a Facebook post Monday afternoon.

She most recently served as the Regional Administrator for the U.S. Department of Housing and Urban Development.

McDowell is running for the seat again, hoping to build on her last campaign. But she will first face fellow Democrats Dr. John Biggan, Kim Olson and Candace Valenzuela in the primary.