The 87th Texas Legislative Session happened in the midst of a pandemic, making it like no other session, and it ended in a cloud of uncertainty. 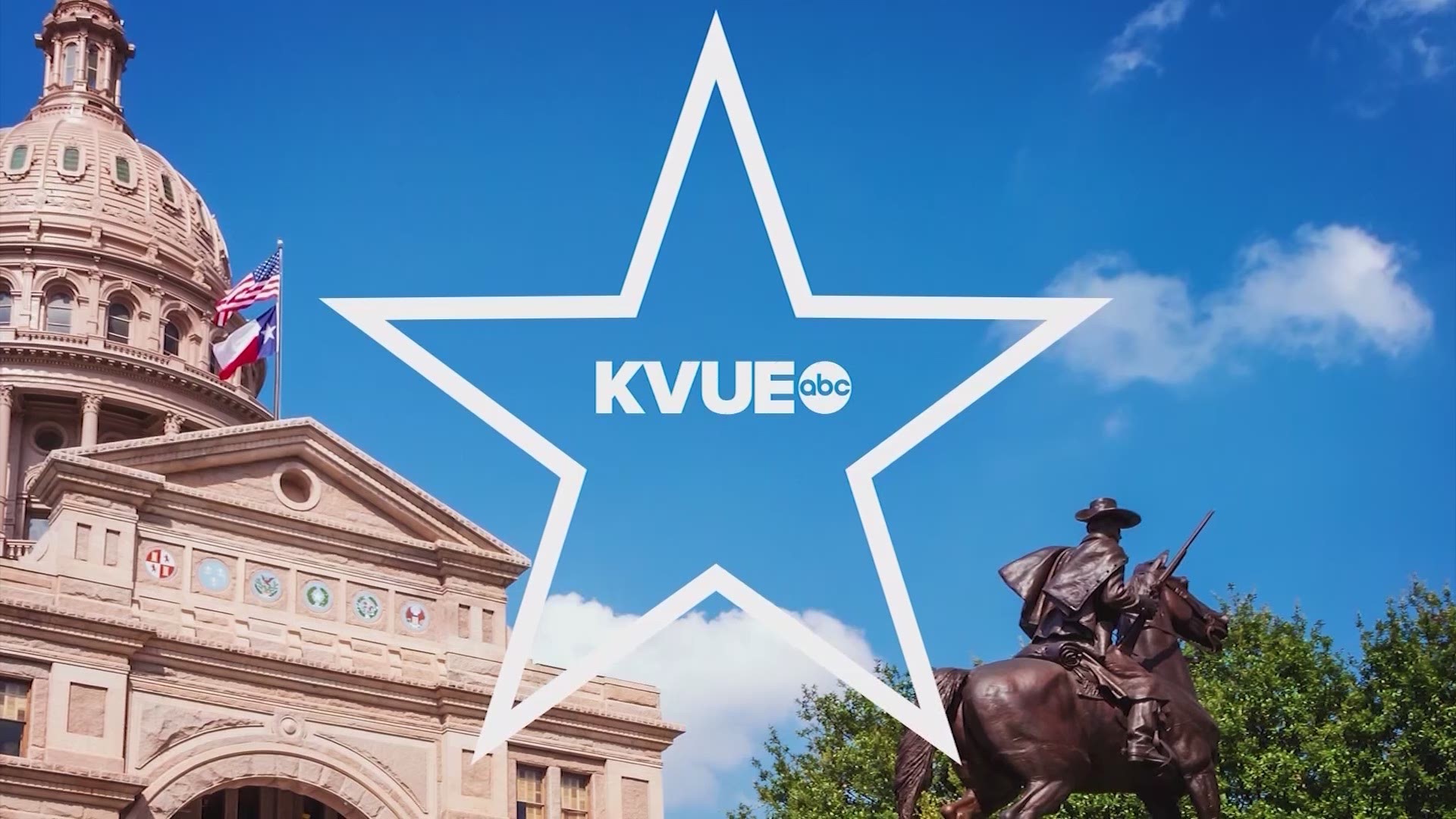 AUSTIN, Texas — Another Texas legislative session has come to an end, but this time in a cloud of uncertainty as a special session and funding challenges loom. With the session over, for now, it seems election season is already starting.

The Texas House and Senate adjourned sine die Monday. Lawmakers knew they would have to return in the fall to redraw political maps, a process called redistricting, because of a delay in Census Bureau data. But they will likely be back sooner. Last Sunday night, Democrats slowly started to trickle off the floor as lawmakers debated Senate Bill 7, the controversial election reform bill. The House was left without a quorum so the bill died. Gov. Greg Abbott responded, saying he will put election reform on a special session call.

On Friday morning, Allen West, chair of the Republican Party of Texas, resigned. West said he is considering running for a different office, possibly a statewide seat. Political insiders say he is mulling a run for governor. It didn't take long for one Republican to announce plans to replace West. Former State Rep. Matt Rinaldi announced his candidacy on Twitter. Rinaldi was at the center of a scuffle on the House floor in 2017 after he told two Hispanic lawmakers he called ICE on people rallying at the Capitol.

I’m excited to announce my candidacy for Chairman of the Republican Party of Texas. (1/3)

Between a pandemic, historic winter storm and contentions legislation, most would agree the 87th Legislative Session was like none other. Ross Ramsey, executive editor and co-founder of The Texas Tribune, joined KVUE to discuss the highs and lows of the session.

Ashley Goudeau: This session was quite different from sessions of the past. We came in during a pandemic, then had a winter storm, the likes of which we have never seen. So I first want you to share your take on the overall tone of the session.

Ross Ramsey: "You know, I think the Capitol is a kind of a live social network. If you think about it, it's not done over Twitter or Facebook. It's face to face. You work the halls, you talk to people, you know. As you go through halls, as you go in the cafeteria, as you go under that clock in the middle of the hallway in the extension of the Capitol, there's all these places where people run into each other. And that chatter between people is really the fuel and the grease of a session. And we didn't have that. We had a little bit more of it at the end than we had at the beginning. But it wasn't as social a place, and it's a social process. And I think that messed it up from the get-go. By the time we got into the really heavy issues, there were a lot of relationships that might have been made in a normal session at the beginning of the session, the kind of the backbone for the fights that come later – those early conversations didn't take place. And so you didn't have the relationships. It just felt funny the whole time."

Goudeau: One of those heavy issues, obviously, was the response to the winter storm. In your opinion, did lawmakers hold up on their end of the bargain to address the crisis that happened during the winter storm?

Ramsey: "You know, they did some of it. You know, the governor hasn't signed everything yet, but assuming that he does, they did some things that we really need. You know, one of the things that really stuck out in February was that there was not a statewide network. You get an Amber Alert or a Silver Alert when somebody is in trouble, no matter where you are in the state. But we never got a text from the State that said, 'Hey, we're shutting down power,' or, 'There's a terrible storm coming,' any of those kinds of things. So you didn't have a warning system. Now you're going to have a warning system. It looks like we're going to get the weatherization, the winterization of some of these electric plants. And it looks like we could have gotten more winterization of natural gas plants that supply those electric plants, so kind of a win and a loss there. We got a remade ERCOT. Some people were really mad that there weren't all Texans on the board of that. Now, there will be. There's some rule changes for the PUC. We got some of what we needed. We didn't get all of it. And we didn't get any of the pricing changes that the Senate and the lieutenant governor were chasing where they felt people were overcharged or that companies were overcharged during the outages and should be paid back. None of that's going to happen right now."

Goudeau: Gov. Greg Abbott is touting this as a successful session for conservative legislation. Do you feel like that's an accurate claim by the governor?

Ramsey: "Yeah, I think they got punched in the nose a couple of times at the end of the session and some conservatives may not be feeling that way, but I think if you look at the run of bills during the session, at the things that got done and at the things that didn't get done that conservatives didn't want, I think you can't, you know – I don't see how you can call this anything but a win for conservatives. I think that the Republicans in the Legislature came out of the 2020 election thinking more about the challenges that they might face in future Republican primaries than about the challenges that they might face in future general elections. The 2020 elections look like Republicans are still dominant. Democrats are less of a threat to a Republican incumbent than fellow Republicans might be. And I think they answered that in this session by saying, 'OK, we're going to do some of the things that the conservatives in the party, the most noisy activists and some of those people, really want,' in order to satisfy our constituents, but also to buttress our chances of winning in 2022."

Goudeau: The Republicans had a great year in 2020, minus, obviously, the presidency. So why do you think this conversation is happening about the need for so much election reform?

Ramsey: "You know, this shows up in our polling. We do a lot of polling, as you know, with the University of Texas. So the University of Texas/Texas Tribune poll had voters in, I guess this was our February poll, saying that they trusted the results of the Texas election, but they didn't trust the results of the national election. And for Texans, that was the same election. They were clearly getting a message from Trump on down that the election in 2020 wasn't fair, and a bunch of Republican voters believe that. In fact, a majority of Republican voters believe that. That's what fuels the push among elected officials on the Republican side for election integrity and for the kinds of bills that they ended up not passing during this election, during this regular session. I think they'll probably come back and pass that during a special session. Most of the opposition to the bill that was successful this time was really put in place by the Republicans playing the game so close to the deadline that gave the Democrats an opportunity. I don't think they'll make that mistake again."

Goudeau: The governor has said he is going to call them back, and he's threatening to cut funding for the legislative branch because of the tactic that they used to do that. Let's first talk about the first part, which is that looming special session. We know that lawmakers have to come back in the fall, but now that could be before them. We just don't know, right?

I will veto Article 10 of the budget passed by the legislature.

No pay for those who abandon their responsibilities.

Ramsey: "If he follows through on his threat and vetoes the legislative budget, then they have to come back by Sept. 1, or the legislative staff has no way to get paid, you know, after that date. That's when the new fiscal year starts. If you don't have a budget in place, you don't have a staff in place. It turns out that he has to pay the legislature. The State constitution says that legislators will make $600 a month and they'll make $600 a month whether they're funded or not. The comptroller would pay them out of the State treasury. So really, you're talking about the legislative staff. But what is really worth watching in that threat is the Sept. 1 deadline for the new budget. And that tells you that, a) the Legislature has to have time to pass Article 10, which is the part of the budget he's talking about vetoing, and has time to pass the bills the governor wants before that. We know it's going to be the election bill. We don't know if he's going to also include some of the other issues that didn't pass at the end that he and Dan Patrick and other conservatives wanted. It could be a long special session in the summer on those issues. And then we're going to come back in the fall some time after late September, when we finally get final, detailed census numbers and redraw political maps for the State of Texas, which is always politically contentious. It always leads to endless litigation and it also sets up the 2022 elections."

You can find more information about the session on the Texas Legislature page of KVUE.com.