What is breaking quorum?

The Texas State House of Representatives gaveled in Tuesday and did not meet quorum following House Democrats' exit to Washington D.C. 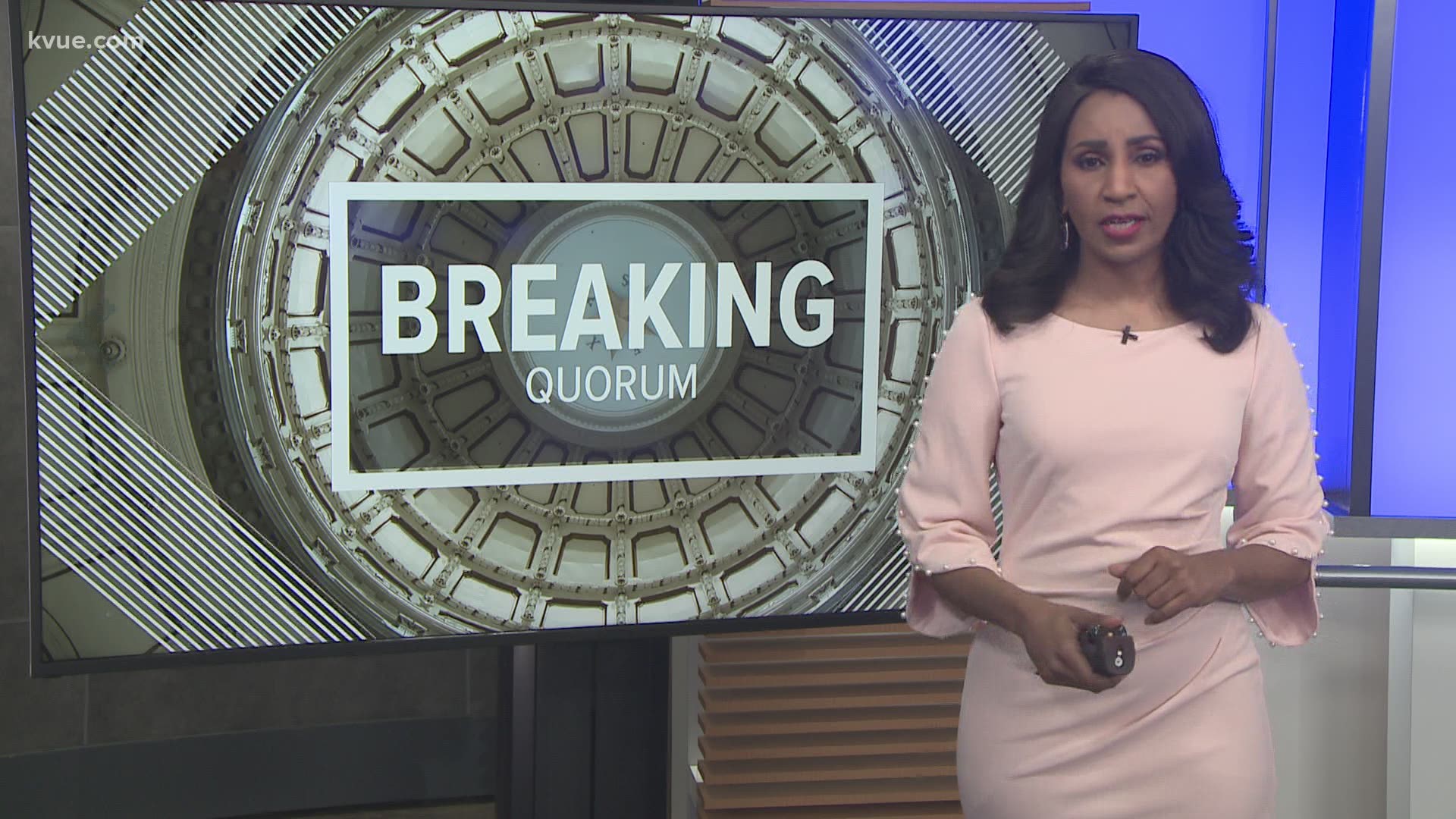 AUSTIN, Texas — The Texas State House of Representatives gaveled in Tuesday, July 13 at 10 a.m. and did not meet quorum. But what is quorum and when can it officially be broken?

Quorum is the number of members required to be present for the Legislature to conduct business, according to the Texas Houses website.

It cannot be broken until the House or Senate officially start a session. Texas House Democrats left the state Monday to go to Washington, D.C., in an effort to break quorum during the Texas Legislature’s special session, which began Thursday, July 8.

In both the Texas House and Senate, two-thirds of elected members must be present to get anything done. Republicans hold the majority in both the House and Senate, but if all the elected Democrats in each chamber did not show up to their respective sessions, a quorum would be broken in both.

Breaking: “Quorum is not present” in the Texas House https://t.co/fME1hqVjlG pic.twitter.com/XonWZ2lvfh

There are 150 members of the Texas House of Representatives, and 100 need to be present in order to meet quorum. A total of 67 representatives are Democrats and 83 are Republicans.

RELATED: 'They will be arrested.' Gov. Abbott responds to Texas Democrats' flight to Washington, D.C.

In the Senate, 21 officials must be present to meet quorum. Of its 31 members, 13 are Democrats and 18 are Republicans.

'They will be arrested.' Gov. Abbott responds to Texas Democrats' flight to Washington, D.C.