Senate Bill 3 would will make transgender student athletes play school sports aligned with the gender assigned at their birth. 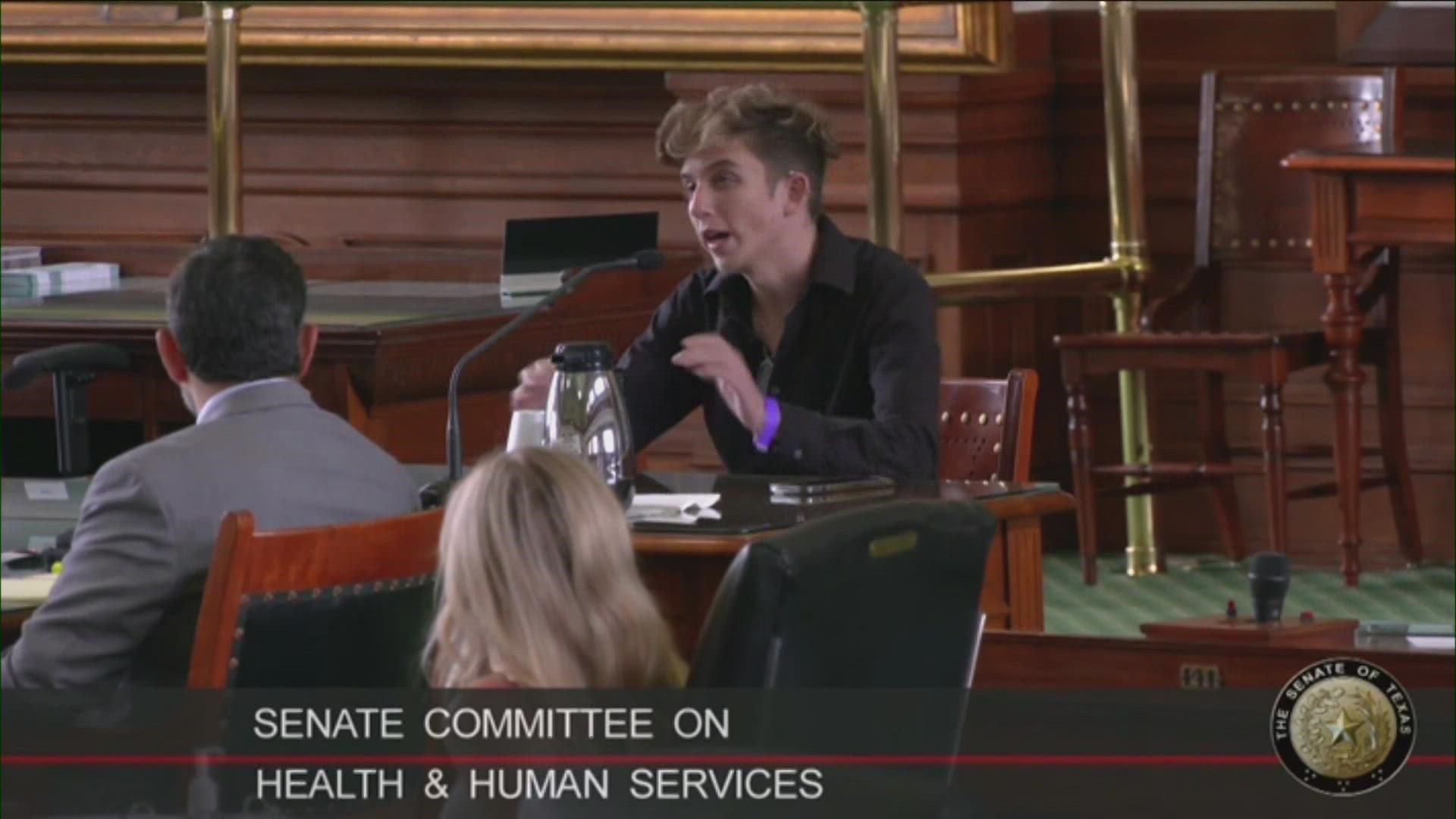 DALLAS — A state senate committee gave early approval to a bill that aims to limit transgender athletes from participation in public school sports.

In a heated debate on the senate floor this afternoon, lawmakers on a state committee advanced Senate Bill 3, which would will make transgender student athletes play school sports aligned with the gender assigned at birth.

State Sen. Charles Perry (R-Lubbock) is the author of the bill, which changes the University Interscholastic League rules.

”It will be the birth certificate at birth, or near birth, with the specific biological sex of that child was born with,” Perry said.

The UIL was created by The University of Texas at Austin to "provide leadership and guidance to public school debate and athletic teachers," according to the group's website.

The bill, which is among several others like it being passed in states across the country, has become a flash point for those both for and against the legislation.

Opponents like Leslie Murray, with the Community Resource Center in Dallas, argue that “it’s the latest in a long line of attacks,” and said it would cause trauma to students.

Randi Weingarten - the national president of the American Federation of Teachers - shared a plea with Inside Texas Politics' Jason Whitely.

"These cultural issues, these issues that undermine who kids are, what they want to be for themselves - they really are terrible for kids," Weingarten said. " Let's stop making kids pawns on cultural issues. Let's teach them. Let's care for them. Let's give them a welcoming and safe environment, and not make them pawns in somebody else's political issues."

But those for SB3 said it would only help in the long run.

“Why should the mental and physical health of a biological woman be disregarded,” asked Denise Siebert, a supporter of the bill.

This is most recent attempt that a bill restricting transgender athletes has been discussed by lawmakers, after it failed to pass both chambers during the regular legislative session, and again during a special session. It's now been taken up again in the third special session.

“What is holding Texas back?” asked Mary Elizabeth Castle from conservative group Texas Values. “Let’s think about what sports does for females. It gives women confidence, teaches them teamwork, and leadership.”