The bill was not approved by the Texas House by midnight, meaning it goes to a special session. 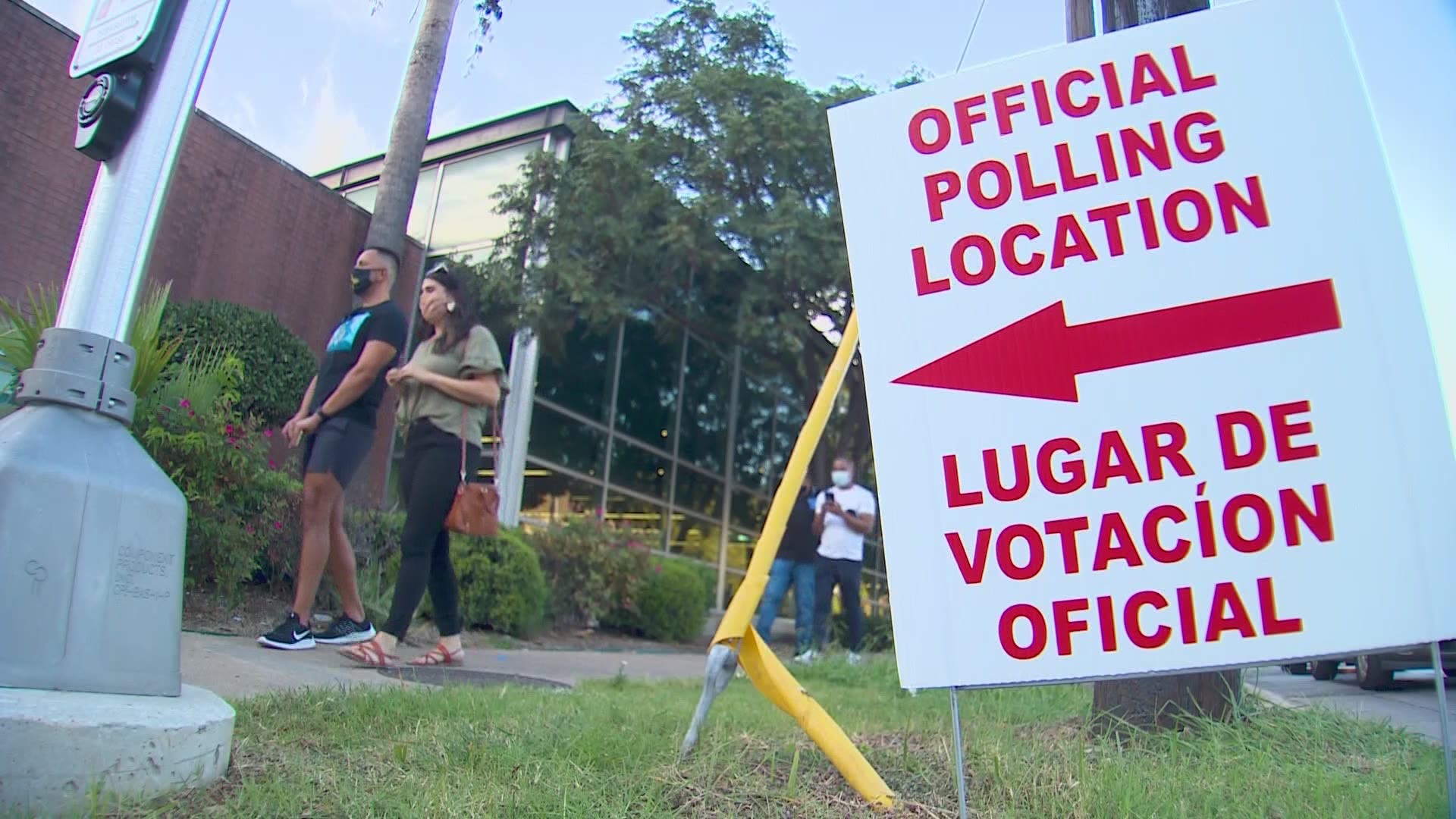 It’s called voter suppression by Democrats, but election integrity by Republicans. The final fate of Senate Bill 7 may not be decided till long after Texas’ legislative session is over.

“We want to make sure our elections work like they're supposed to work,” said Sen. Bryan Hughes (R – Mineola), who wrote the bill. “If people don't know, don't have confidence that the elections are working, that the votes are going to count. People are not going to participate.”

It’s one of the most impactful bills in a Texas legislative session labeled by Gov.Greg Abbott as the most conservative in a generation. It passed through the state Senate early Sunday morning after seven hours of overnight debate.

Later Sunday night, all Democrats walked off the House floor, preventing a vote on the legislation before its midnight deadline. The bill now goes to a special session. The Texas House of Representatives is in recess until 10 a.m. Monday.

The bill gives more power to partisan poll watchers to be close enough to see and hear what election workers are doing, to walk around freely and to file legal action if they feel they were impeded. It also adds restrictions on mail-in voting, requiring ID numbers to be listed or a pledge of not having an ID and would outlaw unsolicited mail-in ballot applications and create new felony punishments for voting violations.

“It is clearly aimed at people of color, at Black and Hispanic Texans,” said former HUD Secretary and San Antonio Mayor Julian Castro. “The Republican party is running scared because they know that this state is changing.”

“I hear that bare allegation, but then when I ask for details, I ask for someone to back it up, no one can, because it's not true,” Hughes said.

The bill sets uniform early voting hours, which expands voting in more than 60 of the state’s 254 counties, according to Hughes, but gets rid of efforts like Harris County’s high-turnout 24-hour voting or other expanded hours.

“Texas is the hardest state in the country in which to register and cast a ballot, bar none,” former U.S. Congressman Beto O’Rourke said. “They’re going to make it even harder to vote.”

The bill will make it easier to overturn election results without looking at who illegal votes were cast for or being required to prove fraud. It comes as former president Donald Trump promotes the false claim there was widespread voter fraud in the 2020 election.

“They question if voter fraud is widespread,” Hughes said. “My response is always, 'How much fraud is OK?'”

Many Democrats have already promised the bill will face a lawsuit and say delaying Sunday early voting to a 1 p.m. start directly targets minority communities often voting right after church.

“We’re talking about you can go get beer at 10 a.m. on a Sunday but you can’t go vote after you leave church anymore because they’re afraid of souls to the polls? I mean come on,” U.S. Rep. Collin Allred (D – Dallas) said. “Some of this stuff that we’re talking about today should end up in court and should be struck down immediately, but how many millions of dollars, tax dollars, is that going to cost the people of Texas?"

Part of the concern as well is last night's changes made to the bill that were never presented in the House or Senate.

“I’m hoping that this underhanded behavior, the way that they undercut the process, will help us when we litigate this,” said Rep. Jessica Gonzalez (D – Dallas).

“There's always going to be litigation,” Hughes said. “This is a bill that follows the law and we're not concerned about that.”

It’s up to the House, and likely the courts, to decide what happens now.